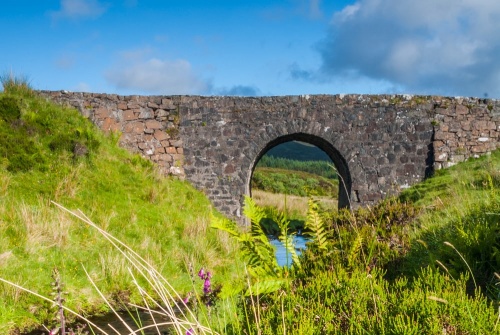 The Fairy Bridge is an early 19th-century single-arched stone bridge that once carried the Waternish Peninsula road across a tributary of the Bay River, north of Dunvegan. The bridge stands at a site known in Gaelic as Beul-Ath nan Tri Allt (The Ford of the Three Burns), at the meeting of three burns and three old roadways.

This bridge is thought to have carried the original line of the road that is now the B886.

But why is it called the 'Fairy Bridge'? 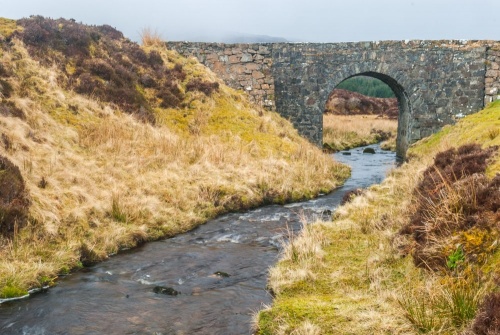 The Fairy Bridge and Bay River

Here is where fact and legend merge, and it is hard to tell where one ends and the other begins. According to the most commonly repeated version of the story, an unnamed chief of Clan Macleod of Dunvegan fell in love with a Faerie princess.

The princess's father was Oberon, King of the Faeries. Oberon wouldn't agree to a marriage, but eventually his daughter's pleading made him relent, and he agreed to a handfasting, which was essentially a trial marriage that would last a year and a day.

At the end of the handfasting period, the princess had to return to the Faerie realms, bringing nothing with her from the human world.

The couple agreed, and the ceremony was held. In due course, the chieftain and his new wife welcomed a baby into the world, but the baby was only a few months old when the day came for the princess and her mortal husband to say goodbye.

They parted company at the Fairy Bridge, or, at least, at the place where the bridge now stands. When the Faerie princess said goodbye to her husband and son, she left behind a silk shawl to wrap the baby in. This shawl had magical properties; it could be used three times to summon help when the clan was in danger. 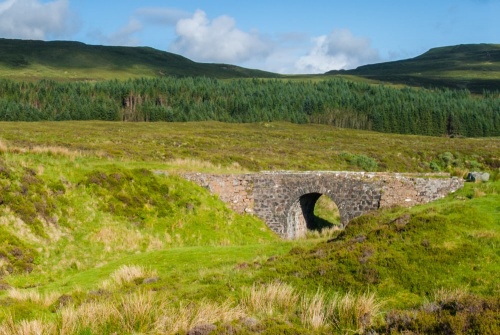 The bridge from the south

The shawl became known as The Fairy Flag and was preserved at Dunvegan Castle, where it can be seen today. The Fairy Flag has used up two of its three 'lives'. It was used to summon aid for Clan Macleod in the battle that followed the tragic burning of Trumpan Church during a MacDonald raid in 1578. The second time the flag was called into service was when the clan's cattle herds were dying of the plague, causing starvation amongst the clan members.

Another version of the Fairy Flag story is that the Faerie princess did not leave the shawl behind when she parted company with her family at the Fairy Bridge. Rather, she heard her son cry one night and returned from the Land of Faerie to comfort him, wrapping him in a Faerie shawl. She left the shawl behind when she returned to the Land of Faerie.

The Fairy Flag on display in Dunvegan Castle has been dated to sometime between the 4th and 7th centuries and is thought to have come from Persia. 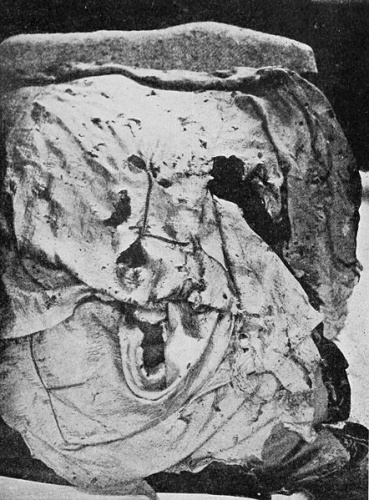 Take the A850 north from Dunvegan, heading for the northern arm of the Waternish Peninsula. You will come to a series of brown tourist signs pointing left onto the B886, a single-track road that strikes north into the heart of Waternish.

Cross a cattle grid, then after a few hundred yards you will see a small layby with parking spaces to the left of the road, and beyond the parking area, the Fairy Bridge. You can get very good views from the bank, and stroll across the bridge itself.

There are no visitor facilities whatsoever, so a visit to the Fairy Bridge will take no more than a few minutes. Though it is an attractive bridge, it is really the faerie legends linked to the bridge that make it interesting.

About Fairy Bridge, Skye
Address: B886, Dunvegan, Isle of Skye, Highlands and Islands, Scotland, IV55 8GF
Attraction Type: Historic Building - Bridge
Location: On the B886 just north of its junction with the A850
Location map
OS: NG273513
Photo Credit: , licensed for reuse under the Creative Commons Licence

Nearby accommodation is calculated 'as the crow flies' from Fairy Bridge. 'Nearest' may involve a long drive up and down glens or, if you are near the coast, may include a ferry ride! Please check the property map to make sure the location is right for you.