HERITAGE HIGHLIGHTS:   The easiest souterrain to visit on Skye 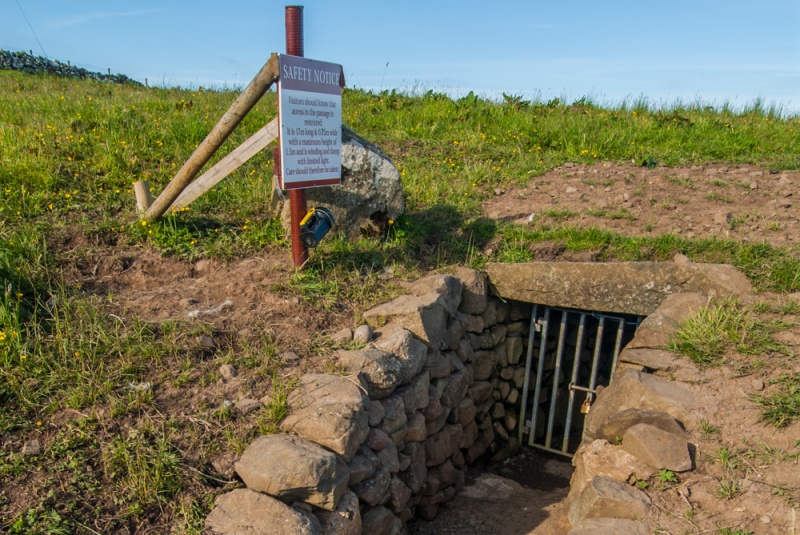 In 2000 a period of heavy rain hit the north-west coast of Skye's Trotternish peninsula. The downpour of rain caused a hole to suddenly appear in a farm field at Kilvaxter, just north-east of the township's hall. Investigation of the hole uncovered ancient stonework, and evidence of an Iron Age souterrain. The passage was excavated by local volunteers under the direction of archaeologists, then restored and opened to the public.

A souterrain is a form of underground passage, often with small chambers off a central tunnel. The name is quite descriptive; it comes from the French 'sous terrain', or simply, underground.

No one knows for certain what they were used for, but the most likely answer is that they were a form of underground storage to keep foodstuffs cool so they would last longer and provide sustenance throughout the winter.

Some archaeologists have suggested that they were used for burials or other ritual observances, but there is no evidence to support this theory. Nor does it seem likely that they were a place of refuge from attack. For one thing, if the souterrain was discovered the attackers could simply seal it and starve the inhabitants.

The ancient residents of Cornwall had a similar underground storage passage called a fogou. There are some 20 other souterrains on Skye, but none are as easy to get to as this one. It is possible that some of the other souterrains were filled in or destroyed by landowners who did not want visitors coming to see them, but thankfully the people of Kilvaxter were determined to restore their souterrain and make it accessible to visitors. 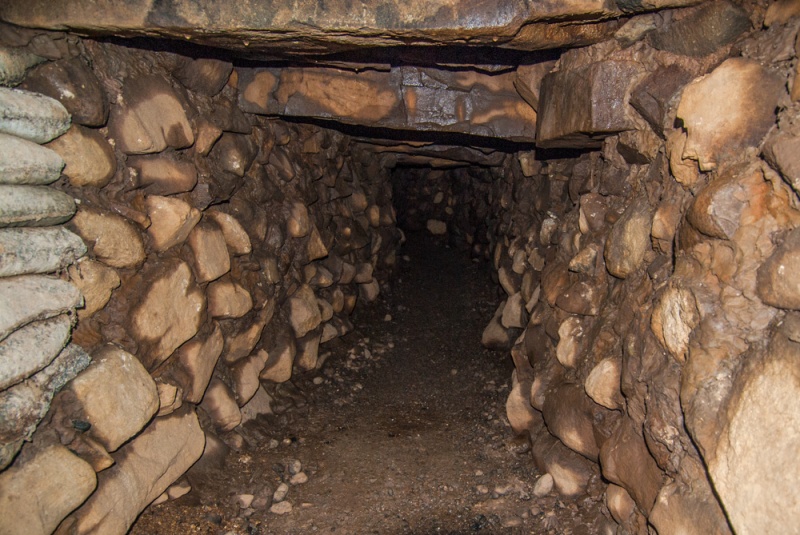 The souterrain at Kilvaxter is roughly 20m long (about 66 feet), and is built with drystone wall sides, topped with large lintel slabs. There are just two openings; a ventilation shaft at the far end and a sloping entrance at ground level. There is a small chamber just inside the entrance. The passage is high enough to walk, or waddle if you are tall, though the entrance is relatively low. The floor is gravelled, though this is probably not an original feature.

Nearby are the remains of an Iron Age farm thought to be associated with the builders of the souterrain.

The souterrain is easy to find. There is a signposted parking area north of the hall, at NG389696, and a path leads across the field for 200m or so. There is an information panel, and a very useful torch for the use of visitors. I do recommend bringing your own torch, or, even better, a hikers headlamp, for there is no illumination inside the souterrain. Also, if there has been recent rain, wear clothes that you don't mind getting muddy.

The passage is 1.5m high at its tallest, and only 0.75m wide, so it is not something to be tackled if you are claustrophobic. If you don't fancy navigating the passage you can follow the course of the souterrain above ground, and find the marker indicating where the chamber is located.

Nearby accommodation is calculated 'as the crow flies' from Kilvaxter Souterrain. 'Nearest' may involve a long drive up and down glens or, if you are near the coast, may include a ferry ride! Please check the property map to make sure the location is right for you.

More self catering near Kilvaxter Souterrain