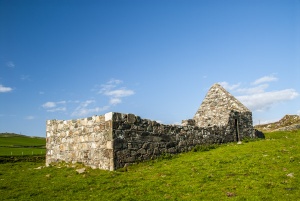 On a hillside terrace overlooking Kilchiaran Bay stands the roofless ruin of a 13th-century chapel dedicated to the Irish monk St Ciaron, or Kiaran. The chapel is a simple rectangle, with walls up to gable height at the east end. The chapel is larger than most parochial chapels on Islay, and appears to have been a dependency of Kilchoman, further south on the Rinns of Islay.

We do not know when the chapel fell out of use but it was recorded as roofless in 1794. The chapel as we see it today is a result of restoration in 1972-3 by the Islay Historic Buildings Works Group.

The chapel walls are built of local rubble, including slate and flagstones. The nave has a door in the north wall, while the chancel has a separate doorway in the south wall. Attached to the exterior of the east wall is a roofless 18th-century burial enclosure.

The interior consists of a single cell nave, separated from an east chancel by a set of steps. Inside the chancel are 2 aumbries, or stone cupboards, set into the thick stone walls, and a plinth indicating the location of the medieval altar. There is also a projecting stone hollowed into a basin for holy water.

At the west end of the nave is a simple stone font, now very worn by weathering. The font bowl is divided into four equal sections by stone ribs. 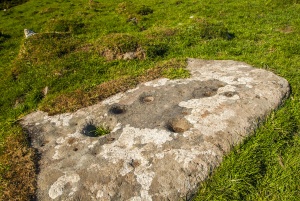 Inside the nave a large number of medieval grave slabs, some of them moved inside the chapel from a graveyard that once stood outside the chapel. The earliest of these grave slabs date to the 13th century. Perhaps the most interesting is carved with an effigy of a priest in robes, his hands clasped in prayer. The design is a common style throughout the West Highlands. It is of the Iona School of carving and is thought to be 14-15th century.

Other grave slabs show outlines of swords, crosses, a chalice, and foliage. One slab with a chalice and sword is thought to be of the Loch Sween school of carving and date to the 15-16th century.

Just outside the chapel is a fascinating flat stone marked with a number of cup and ring carvings. The stone is schist, and measure a rough rectangle about 6 feet long by 3 feet wide. Archaeologist Robert C. Graham noted 22 depressions, or cup marks, when the stone was investigated in 1895. Only 18 of these marks are still visible today. The depth of the marks varies and two have gone right through the thickness of the slab. 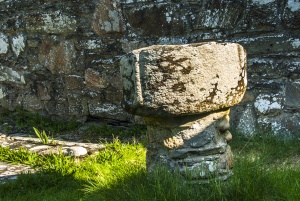 There are similar depressions on a stone at Kilchoman, which was also used as a wishing stone by local residents, especially by women wishing to conceive.

The stone predates the chapel by as much as 4,000 years, suggesting that the chapel was built on a site that had long been considered sacred by the islanders.

I absolutely loved Kilchiaran. The setting is simply superb, with views out over the bay, and cattle and goats grazing on the hills. There is an amazing sense of heritage at Kilchiaran, and the presence of the ancient Cup Stone beside the medieval chapel really brings home the long history of the site. 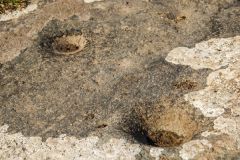 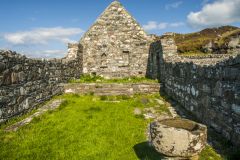 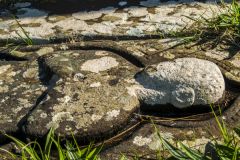 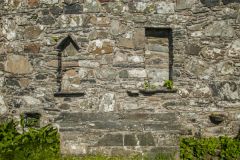 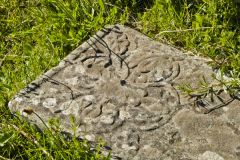 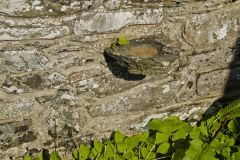 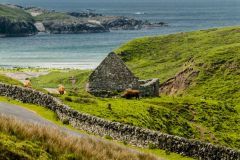 Nearby accommodation is calculated 'as the crow flies' from Kilchiaran Chapel and Cup Stone. 'Nearest' may involve a long drive up and down glens or, if you are near the coast, may include a ferry ride! Please check the property map to make sure the location is right for you.

More self catering near Kilchiaran Chapel