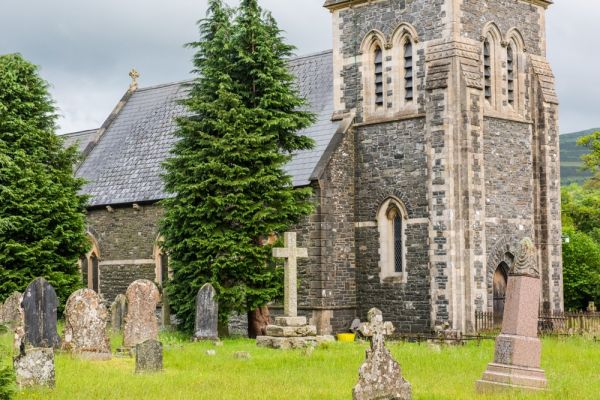 The village of Cwmdauddwr (or more correctly Llansanffraid Cwmteuddwr) stands immediately west of Rhayader on the west bank of the River Wye. Though the parish church of St Bride is a Victorian building, its history goes back long before that.

The dedication to St Bride is linked to a sacred well just outside the churchyard. The churchyard itself is a circular prehistoric site.

In the late 12th century Cwmdauddwr was the scene of historical drama as Lord Rhys of Deheubarth called a ceremonial gathering here to confirm a grant of land to the monks of Whitland Abbey to finance a new monastery at Strata Florida. Lord Rhys gave the monks a huge swath of land taking in the Elenyddd area between Aberystwyth and Rhayader.

As for the church itself, it was formerly dedicated to St Winifred. It stands in a very large roughly circular churchyard, full of excellent 19th-century gravestones. Traditionally Cwmdauddwr residents were buried on one side of the churchyard path and Elan Valley families on the other. John Wesley, the founder of Methodism, preached here in 1746. 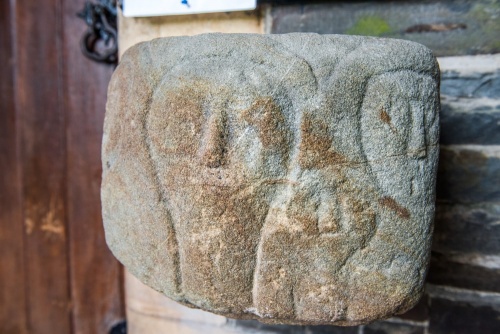 Near the east end of the church, you can see remains of stone foundation walls of an earlier church. The most interesting remnant of that earlier building is a fascinating holy water stoup in the porch, where worshippers would pause to wash their hands before entering. The stoup is carved with several very crude heads. One head is significantly smaller than the others and may represent a child.

Interior highlights include an ironwork rood screen and a carved stone reredos behind the altar. There are numerous plaques brought here from Nantgwillt Church when it was submerged to make way for the Elan Valley dams. One of those plaques commemorates the Victorian mountaineer Emmeline Lewis-Lloyd, the 8th woman to climb Mont Blanc.

Lewis-Lloyd (1827-1913) was born in Nantgwillt where her father Thomas owned the manor house and served as a Justice of the Peace and High Sheriff of Cardiganshire. She and her friend Isabella Charlet-Straton made mountaineering history in the 1870s and 1880s. They made an unsuccessful attempt to climb the Matterhorn in 1869 just 4 years after it had been climbed for the first time. In 1870 they were the first women to climb Monte Visol.

Unfortunately, the church is normally kept locked, but even if it is closed you can still see the intriguing holy water stoup in the porch.

The church is very easy to reach on foot from Rhayader. Just cross the bridge across the River Wye and take the first left, following the Wye Valley Walk. The church will be straight ahead. An information panel at the entrance to the churchyard gives an overview of the church and its history. 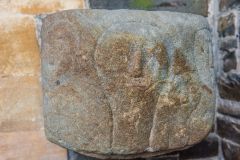 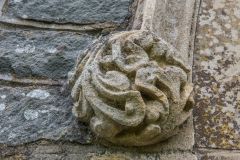 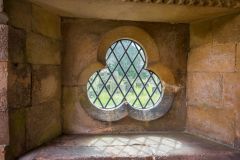 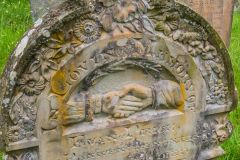