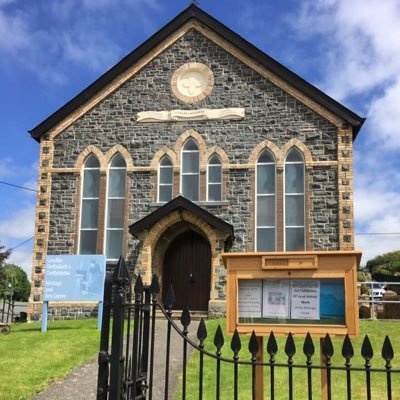 The Llanwrtyd & District Heritage and Arts Centre explores the fascinating history of the Llanwrytd area through static and interactive exhibits. One of the highlights is a series of recordings made by residents recounting their experience growing up in Llanwrtyd during the early decades of the 20th century.

Interactive maps show how Llanwrtyd developed through time and help point out locations of historical significance around the area. Learn how Llanwrytd developed as a spa town and later, as the home to some of the most unusual activities on the planet!

The Centre also houses an art gallery featuring the work of local artists and sculptors. The gallery is especially focussed on traditional crafts and agricultural produce of Mid Wales. The gallery space is often used for concerts and recitals and workshops.

It is also the home of the Llanwrytd History Resource Group, an active volunteer organisation that helps continue the process of documenting the history of the area for future generations.

There is a regularly changing programme of activities, arts and crafts shows, events, and special exhibits. Some recent exhibits include a look at Llanwrytd in WWI, and how to research your family tree. 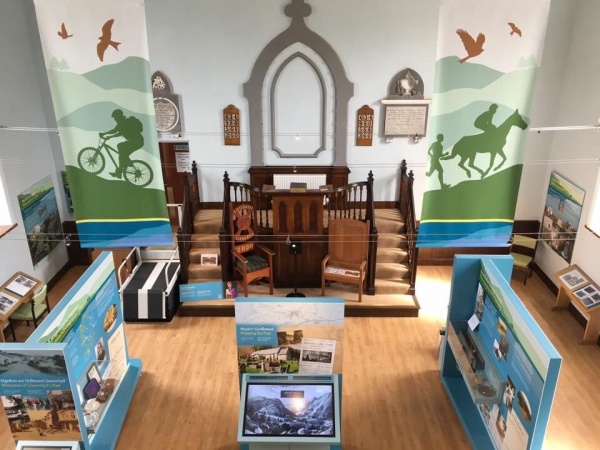 Inside the Heritage Centre

The history of the village can be said to have begun in 1732 when a clergyman named Theophilus Evans observed a frog emerge from the noxious-smelling local water. Evans reasoned that the apparently healthy frog was a sign that the odoriferous water had healing qualities.

Llanwrtyd developed a reputation as a spa town, with hordes of visitors descending on the formerly quiet village to take the waters. The visitors arrived at the Llanwrytd Wells rail station, which opened in 1867. The 'Wells' part of the station name was then adopted by the village itself.

The fashion for spa-going faded in the early 20th century and Llanwrtyd developed into a centre for outdoor activities such as walking, cycling, and pony-trekking.

In recent years that focus has expanded to include some very peculiar events including bog snorkelling and an annual race pitting runners against a horse. The first Man versus Horse event was the result of a pub bet but the race has since become a popular and very well-organised event drawing thousands of visitors each year.

The Centre is housed in a former Congregational Chapel built in 1808 in the Beaux Arts style. It is made of rock-faced stone dressed with Bath stone. The Chapel was renovated in 1867 by architect Thomas Thomas of Landore and enlarged in 1907 by William Rees of Cardiff. The Chapel was restored by a local charity in 2009 and opened to the public in 2016.

The building has been listed Grade II for its historical significance by CADW. The official listing text calls the building a 'well-preserved chapel of this Edwardian style whose front makes an important contribution to the centre of 'The smallest town in Britain'.

Photos are by kind permission of the Llanwrtyd & District Heritage & Arts Centre.