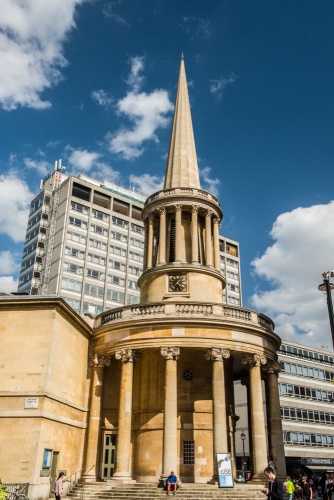 In a roundabout way, All Soul's Langham Place owes its existence to the Duke of Wellington. This neo-classical West End church was built in part in a celebration of thanks for Wellington's victory over Napoleon at the Battle of Waterloo.

It is one of London's most remarkable churches, designed by architect John Nash from 1822-1824 as part of his grand vision for developing Regent Street. A bust of Nash graces the vestibule of All Soul's.

Nash had the backing of the Prince Regent for a grand redevelopment scheme in central London, entailing a broad route from Regents Park to Carlton House in The Mall. The scheme, which included plans for parks, villas, crescents, a canal, and terraced houses for the nobility, included the church of All Soul's.

Nash's visionary scheme involved buying up over 700 shops and houses in Soho at bargain prices and creating a broad avenue to act as a boundary between the 'narrow streets and mean homes' of Soho and the 'streets of the Nobility and Gentry' of Mayfair.

Nash positioned All Souls Langham Place at a kink in the road between Portland Place and Oxford Circus, so that it would act as a punctuation to the grand vista looking north.

Unfortunately, very little of Nash's plan for Regent Street was realised. The forty or more villas planned for the nobility were never built, nor was the Prince Regent's own villa that was to be the focal point of the design. Nash did succeed in building rows of elegant terraced houses along the perimeter of the park, and most of these still survive. 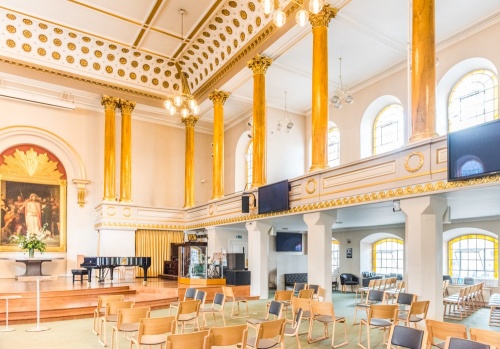 The church is a delight to the eye, but it was not well received when it was first constructed. Nash was criticized for the design, particularly the slender conical spire, which rises above the circular classical 'wedding cake' peristyle and circular portico.

One contemporary review called the church 'one of the most miserable structures in the metropolis' and political cartoons showed Nash impaled on the tip of the slender spire with the caption 'Nashional Taste!!!!' 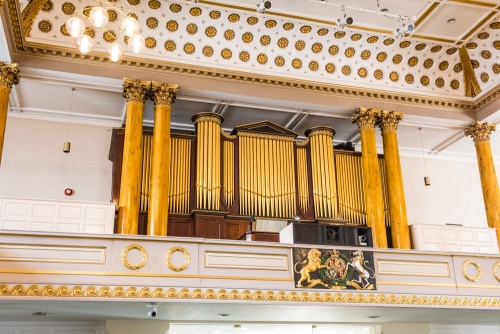 All Soul's is set at an angle to the street, though the effect is harmonious to the eye. It is also the only Nash church in London. Nash was only responsible for one other Commissioner's Church; St Mary Haggerston in the London borough of Hackney (now demolished).

All Soul's is made of warm-coloured Bath stone. The eye-catching circular vestibule is linked to a rather sedately styled rectangular block enclosing the body of the church. It is the spire, however, that draws your eye. It is made of 12 concave side panels. The base is encircled by a set of classical columns in Corinthian style.

The church suffered bomb damage in WWII when a parachute mine detonated in nearby Portland Place. The church roof was destroyed, the spire badly damaged, and the portico declared unsafe, forcing the church to close for worship for a decade while repairs were carried out. As a result, much of the internal furnishings are modern.

One surviving feature is the large-scale landscape painting called 'Ecce Homo - Behold the Man', by the Victorian artist Richard Westall.

Another of the interior highlights to survive is the organ, held in a case of Spanish mahogany designed by Nash. Thankfully, the organ was taken apart piece by piece when WWII broke out and stored for the duration of the war to prevent damage.

The interior is jaw-dropping, with gilded false-marble columns supporting a gallery on three sides and classical decoration seeming to adorn every surface. Over the west entrance to the huge nave is a gilded and painted royal coat of arms to Nash's patron, George IV. Occupying most of the loft behind the coat of arms is the stunning organ, its gilded pipes gleaming. 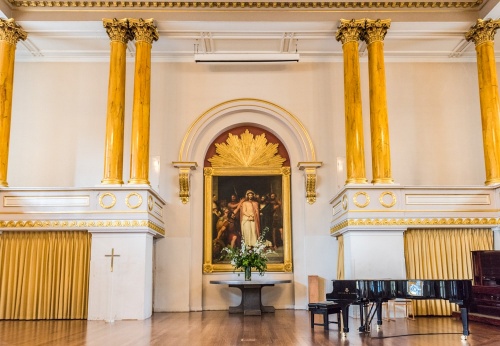 Around the exterior of the nave are a few monuments to prominent Victorians, but All Souls has remarkable few memorials. One that caught my eye was to William Moore, an administrator with the Bengal Civil Service who lost his life in the Indian Mutiny of 1857. His epitaph declares that Moore was 'barbarously and treacherously murdered on 4th July in that year while in the execution of his duty'.

One historical curiosity is that the rector of All Souls is not appointed by the Anglican Church, but by the Prime Minister, through the Crown Appointments Commission at 10 Downing Street.

All Soul's is located across the road from BBC Broadcasting House and has often been used by the BBC for broadcasting, as well as for occasional organ recitals.

The church is open most days to visitors but it is worth checking current times with the official website. 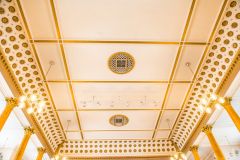 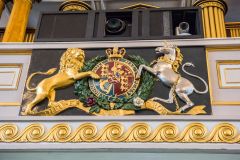 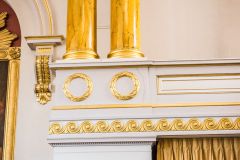 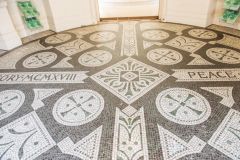 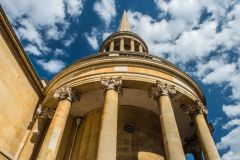 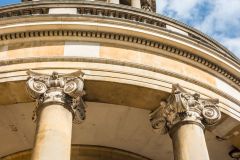 Nearest Accommodation to All Souls:

More self catering near All Souls

More Hotels near All Souls

More bed and breakfasts near All Souls