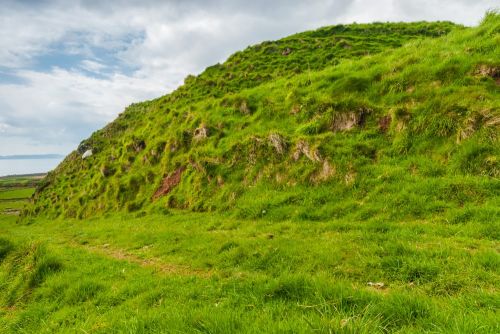 Torr a'Chaisteal is a circular Iron Age fort, or dun, on a ridge near the southwestern tip of Arran. The Dun is constructed with a double-skin wall up to 12 feet wide, enclosing an area 45 feet across. The walls are made with two sets of large blocks of sandstone in-filled with rubble.

Little remains save the foundations of the wall. The entrance on the northeast of the site is protected by a curving earth bank, 20 feet on the exterior slope and 5 feet high inside the fort.

The fort may have been used as an animal enclosure, or perhaps as a defended farmstead, with access to the nearby coast. The most likely date of construction is sometime around AD 200. There are indications of a defensive ditch across the promontory to make the site more secure from attack. 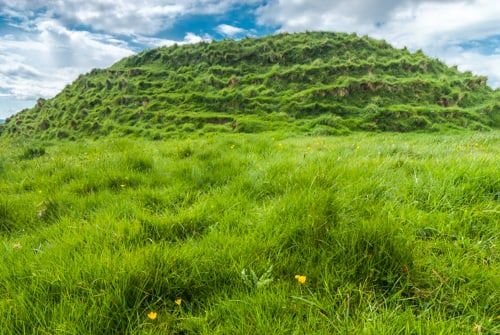 The dun from the southeast

Excavations in the 19th century found human bones within the fort, in addition to a quern stone for grinding grain. The Historic Scotland information board suggests that there may have been a timber house about 14m in diameter within the fort, its roof resting on the stone walls of the dun, though no evidence of such a dwelling can be seen now. Today Torr a'Chaisteal seems a lonely place, with little to show how its residents lived so many years ago.

Torr a'Chaisteal is similar to other sites built around western Scotland during the first and second centuries AD. They seem similar in usage to the Iron Age brochs found further north, and may have been built as a status symbol for a single extended family.

There is another nearby dun at Kilpatrick, near Blackwaterfoot. Compare these duns to the larger fort at Drumadoon (The Doon), which was made to support more people.

The dun is now cared for by Historic Environment Scotland (formerly Historic Scotland). It is reached by a 0.5km footpath off the coastal road at Corriecravie, south of Blackwaterfoot. There is an interpretation panel at the foot of the dun, with an artist's impression of what it looked like when it was in use. 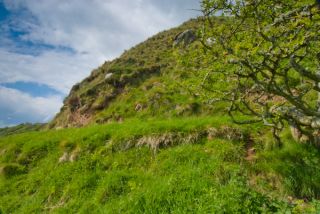 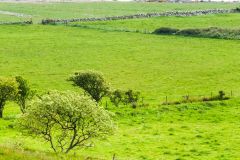 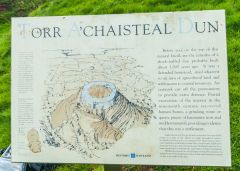 Nearby accommodation is calculated 'as the crow flies' from Torr a'Chaisteal Dun. 'Nearest' may involve a long drive up and down glens or, if you are near the coast, may include a ferry ride! Please check the property map to make sure the location is right for you.