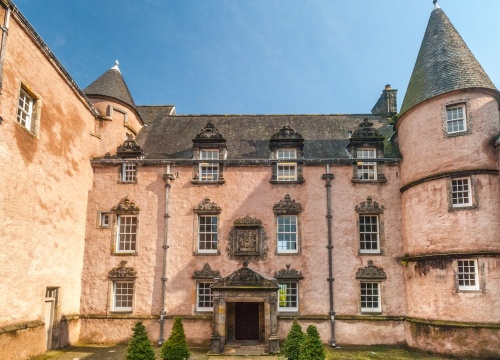 The house was located on the main approach to the castle, giving the Earl not only a practical means to access the royal fortress, but also allowing him to easily host the monarch in his Lodging.

The house was built in the middle of the 16th century for a wealthy burgess of Stirling named John Trail. It was originally a simple 2-storey house with a kitchen at ground floor level and a hall above. It was then enlarged to form an L-shape tower house. Then in 1629, it was purchased by Sir William Alexander, later to become Lord Stirling.

Alexander expected a visit from Charles I so he set about enlarging and embellishing his new home, creating a small palace, with ornate interiors and suites of public and private chambers. The expense must have helped hasten Lord Stirling's financial collapse, for when he died in 1640 before the work on the townhouse was complete, he was insolvent.

So the grand house stood an unfinished shell, until the 1660s, when it was bought by the 9th Earl of Argyll. The Earl immediately set about enlarging the unfinished house and enclosed the front courtyard behind a high wall guarded by an Italianate gateway. The state rooms were left essentially untouched, but Argyll added extra accommodation. He was also responsible for the ornate painted decoration in the dining room. 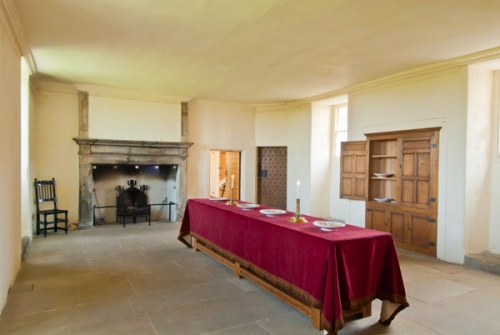 The ornate Renaissance facade gives a clue to the opulent splendour within. The interiors have been fully restored and furnished with period artwork and furniture, reflecting the status of a great nobleman of the period. Among the rooms on show are the hall, dining room, drawing room, and bedroom with wall hangings.

The dining room is decorated with colourful paintings, and there is an impressive chair of state in the drawing room. One intriguing room is My Lady's Closet, a small withdrawing room for Lady Anna, second wife of the Duke.

In 1680 Argyll came out against the Test Act and was forced to flee into exile. He returned in 1685 to lead an uprising in Scotland in support of Monmouth's Rebellion.

The uprising was quashed, and Argyll was executed for treason. But the Earl had been aware of his precarious political position, and before his death he had the entire contents of the townhouse inventoried, and officially assigned to his wife. The detailed inventory is perhaps the unfortunate Earl's most lasting legacy, for it gives a revealing insight into 17th-century life in a noble house. 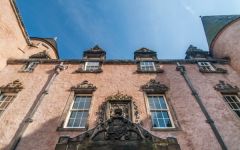 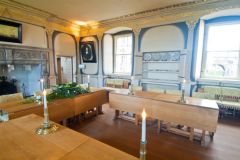 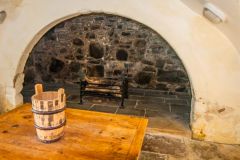 More self catering near Argyll's Lodging >>