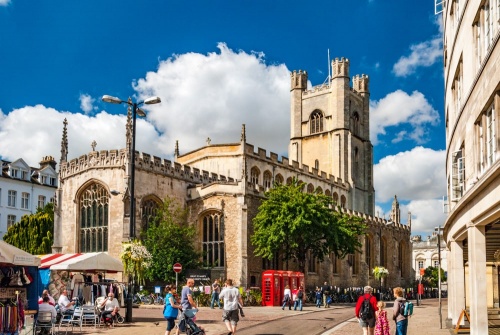 St Mary the Great is the largest church in Cambridge and serves a dual purpose as the city's church and that of Cambridge University. During the medieval period, it served as a meeting hall for the University and the annual conferment of degrees ceremony was held here until the Senate House was erected across the road in 1730.

Somewhat interchangeably called Great St Mary's or St Mary the Great - to distinguish it from St Mary the Less near Peterhouse - this large and imposing building has stood in the centre of Cambridge for over 800 years.

Great St Mary's, or GSM as it is often known, was the first home of Cambridge University. It hosted lectures and held ceremonies for conferring degrees after scholars from Oxford began to congregate here in 1209. The church was barely finished by then; the first record comes from 1205 when King John presented the rector. 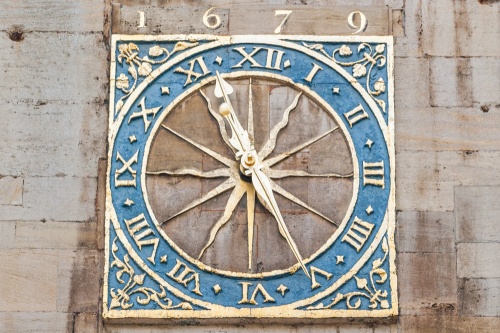 The 13th-century church was destroyed by fire in 1290 and had to be completely rebuilt. The church was initially owned by the crown, but in 1342 it was granted to King's Hall, and later to Trinity College, who still own it.

Throughout the medieval period and beyond, Great St Mary's served as an official meeting place for debates and meetings. This role was taken over in 1730 by the new Senate House, built across the street.

The church as we see it today was largely built between 1478-1519 and was financed primarily by Richard III and Henry VII. The tower, which is the church's most impressive feature, was not finished until 1608. Before the tower was built, bells were hung on a wooden contraption in the churchyard. 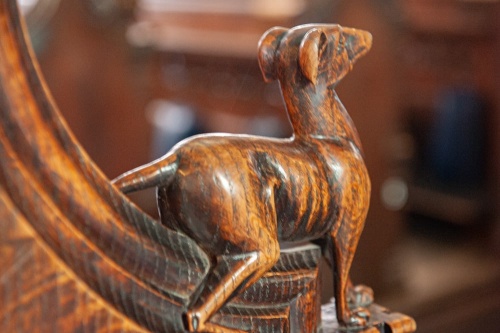 In 1724 the Society of Cambridge Youths was created to be responsible for organising bell-ringing. Still in operation, the Society is the oldest bell-ringing society in Britain and the second oldest in the world. The earliest known pattern of ringing is the 'Cambridge Quarters', first heard in 1516 and later used as the 'Westminster Chimes' of Big Ben.

Above the west door is a gilded clock face with its hands shaped like a sun's rays, called The Cambridge University Clock. On the tower is a disc marking the datum point from which mile distance from Cambridge is measured.

The interior is dominated by large galleries added in 1735 to accommodate large audiences for sermons. The galleries were designed by famed society architect James Gibbs and overlook an unusual moveable pulpit. At the east end of the north aisle is the hearse cloth used at the funeral of Henry VII, and at the west end is a beautifully carved 17th-century font.

There is excellent Tudor stone tracery by John Wastell, who created the superb interiors of King's College Chapel. At the west end is 1698 organ, bought from St James church in Piccadilly, London. If you crane your neck to look up you will see the 1505 oak roof, decorated with carved bosses, donated by Henry VII. 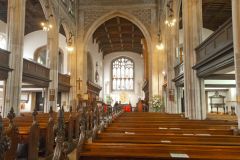 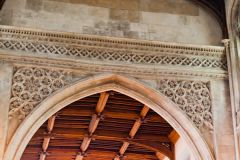