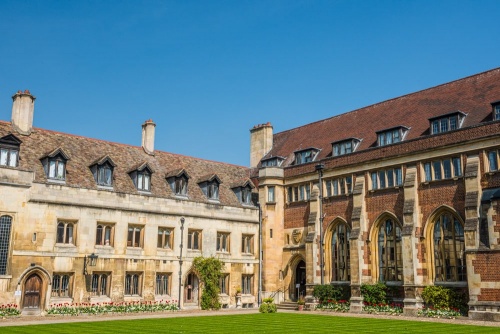 Pembroke is the 3rd oldest among Cambridge colleges. It was founded in 1347 (on Christmas Eve to be exact) by Marie de St. Pol, Countess of Pembroke. The college is composed of courts linked by attractive gardens and lawns.

The original buildings of Pembroke - chapel, hall, kitchen, and lodgings - were built around a single court, now called First Court. The chapel at Pembroke was the first at a Cambridge college and required a papal bull to establish.

Until that time, colleges at Cambridge did not have their own chapel, worshipping instead at nearby parish churches. The chapel was later converted to use as the college library and now goes by the moniker "Old Library".

Curiously, it was the influence of three Pembroke Fellows that convinced Henry VI to found neighbouring King's College. Henry also bequeathed valuable property to Pembroke College. A Pembroke student, Laurence Booth, later Archbishop of York, established a library at the college in the late 15th century.

Several Pembroke men were burned at the stake under Queen Mary, including Bishop Ridley. A path on the north side of the Bowling Green is known as Ridley's Walk in memory of the Protestant martyr. 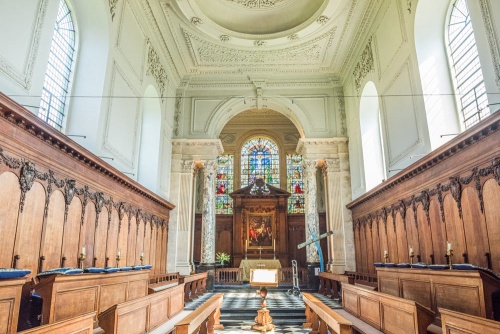 In the English Civil War, the college was staunchly Royalist and sent its plate to support the king. One Pembroke man who suffered in the war was Mathew Wren, Bishop of Ely. Wren was held in the Tower of London for 17 years, and he swore that if he were released he would build a chapel at his former college.

When he did gain his freedom, Bishop Wren carried out his vow, choosing as his architect his own nephew, Christopher Wren. The Pembroke Chapel was Wren's first architectural commission, and the first chapel of Cambridge University to be built in the classical style.

Wren's successful design set the fashion for classically-styled college chapels. Wren himself went on to design another chapel at Emmanuel College and the library at Trinity College.

Wren designed the chapel by first creating a small scale model. The model is still in the possession of the college. The chapel was dedicated by Bishop Wren on St. Matthew's Day (21 September) 1665. Matthew Wren died two years later and is buried in the vault of the chapel he caused to be built. 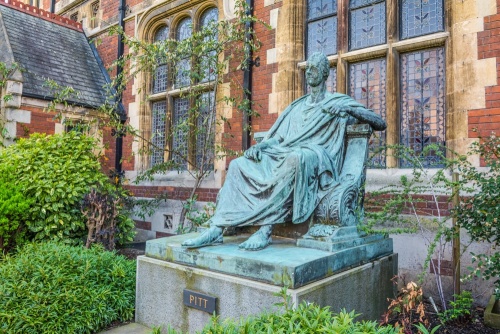 The college was extended in the 17th century with the addition of two east residential ranges which together with the hall formed Ivy Court. Poet Thomas Grey was one of the first notable residents of Ivy Court, and his original manuscript of Elegy is preserved in the college. William Pitt, soon to become England's youngest Prime Minister, inhabited Grey's rooms in 1773. A statue of Pitt stands outside the clock tower of the library.

The 1870s saw a great deal of rebuilding and remodelling at Pembroke, with the unfortunate loss of some medieval buildings. A new Hall was created, a new Library was added to augment Wren's old one, and the chapel was extended by George Gilbert Scott.

Pembroke College is on Trumpington Street, a short stroll from the major tourist attractions of central Cambridge. In our experience, it is usually open to visitors but, like all the Cambridge UIniversity colleges, it can be closed at any time, especially during term time. 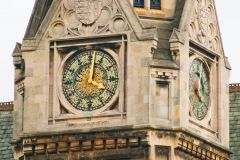 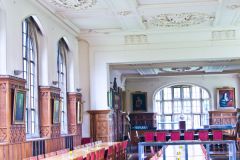 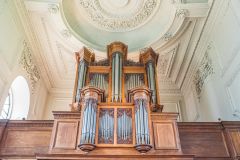 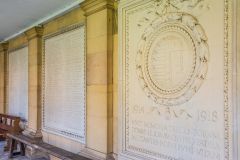 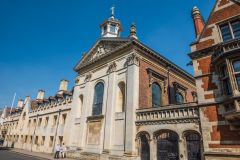 More self catering near Pembroke College