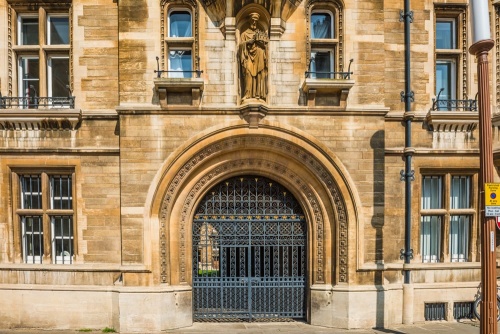 The college was founded in 1348 as Gonville Hall. In 1558 it was refounded as Gonville and Caius College by John Caius, personal physician to Edward VI, Queen Mary and Queen Elizabeth I. The college is usually referred to as "Caius" (pronounced "keys"). Caius is split in two, with the older courts situated beside the senate house and the newer court across the river.

The old college lies close to Great St Mary's Church and is entered through a 16th-century portal known as the Gate of Humility. It seems that Dr Caius was a man much given to symbolism, and he established his new college around three gates, named for the qualities of Humility, Virtue, and Honour. He wanted it said that students at Caius "would enter in humility, live in virtue and pass out to take degrees in honour".

The college chapel was built around 1390. A story goes that the college ran out of money to pay for construction and was forced to pawn valuable books to raise the necessary cash. The panelled roof is impressive, but look for the tombs of Dr Caius and other benefactors; they are set in the walls, moved there from the floor to make space!

Gonville Court is the oldest part of the college, its buildings were erected in the 14th century, but were refaced with and partly rebuilt in the 18th. The Master's Hall has at its core a small 15th-century house, which has been much extended over time. 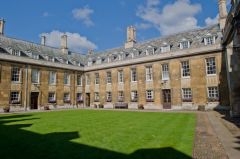 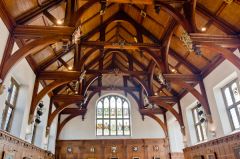 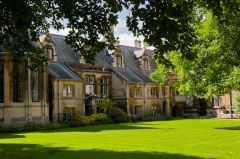 Nearest Accommodation to Gonville and Caius:

More self catering near Gonville and Caius

More Hotels near Gonville and Caius

More bed and breakfasts near Gonville and Caius