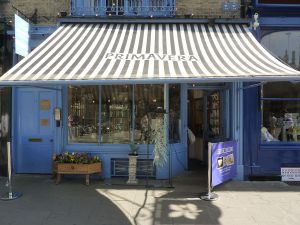 Primavera Gallery
Primavera is a unique gallery and shop exhibiting a wide variety of modern British arts and crafts. The gallery works with the Fitzwilliam Museum to offer regular special exhibits.

Standing almost directly opposite King's College in the heart of historic Cambridge is a modern gallery selling works by some of the most famous names in British arts and crafts.

The gallery is not only set in an historic location; it has an interesting history of its own, a history that begins not in Cambridge, but in London.

In 1945 Henry Rothschild of the famous Rothschild banking family established Primavera on fashionable Sloane Street in London. The new venue was something different; it wasn't just a place to buy the best British arts and crafts, it was a combination art gallery and shop. Rothschild used the gallery's success to promote art education in schools and to help museum and local government authorities in bringing art to a wider audience.

In 1959 Rothschild moved Primavera to Cambridge and took over the Society's shop on King's Parade.

The gallery and shop now spread over three floors and showcase the works of over 700 artists in fields as diverse as ceramics, antiques, textiles, glass, metal, and jewellery. Gallery exhibits change frequently, often on a daily basis, making the gallery space itself a living work of art.

More self catering near Primavera Gallery >>