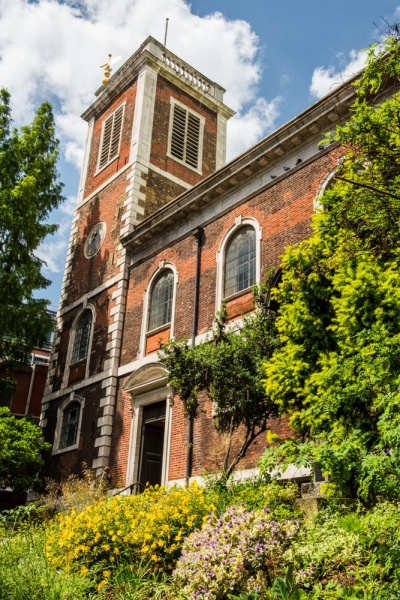 St Andrew-by-the-Wardrobe was the last city church rebuilt by Sir Christopher Wren after the Great Fire of London. The church has a history going back to the 13th century.

St Andrew's is the last of Sir Christopher Wren's churches in the city of London, and by comparison to some of his extravagant earlier buildings, St Andrew's might seem understated, even plain. It has a simple brick exterior, with a rectangular brick nave and chancel with white stone quoins, and a simple, unembellished west tower.

The church was so badly hit during the Blitz that there was no chance to save the original Wren interiors. Instead, the interior was completely rebuilt inside the Wren exterior walls, meticulously recreating the original 17th-century design so that you cannot tell where Wren stops and the restoration begins. 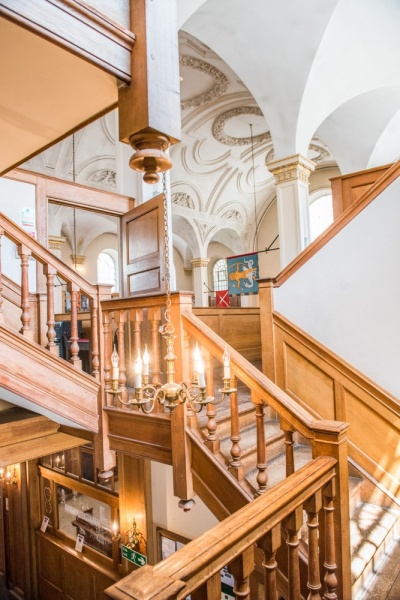 Stairs to the south gallery

The church dates to the 13th century when it was linked to the nearby royal residence of Baynard's Castle. The castle is long gone, but the royal association did not stop there. In the 14th century, Edward IV decided to move his state robes and regal paraphernalia from the Tower of London to storage in the Great Wardrobe near St Pauls.

St Andrew's was the nearest church to the Great Wardrobe, and the name stuck, even though the Wardrobe was moved centuries ago.

William Shakespeare would have known St Andrew's well. He worked at the nearby Blackfriars Theatre and bought a house in the parish. A modern memorial commemorates Shakespeare and a contemporary singer, musician, and composer named John Dowland, who was buried at nearby St Ann's, Blackfriars. St Ann's was one of the London churches not rebuilt after the Great Fire of 1666, so he is remembered here.

When the Blitz destroyed several other historic churches in London, many of the fittings were brought here to St Andrew's. That explains why you can see a font and pulpit from St Matthew's, Friday Street. Another excellent historical feature is a carved figure of St Andrew, dated 1600, and an Italian statue of St Ann and the Virgin Mary created around 1500. 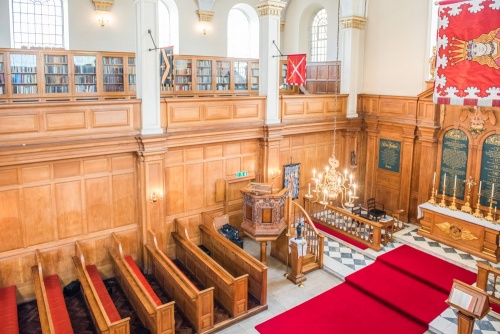 Looking down into the nave

St Andrew's has close links with several of the London Guilds, and the banners of the Mercers, Apothecaries, Parish Clerks & Blacksmiths are on display. The Mercers livery company serves as joint patrons of the church council.

In the entrance hall is a 15th-century bell that may be the oldest bell in the City of London. The bell was one of three installed in St Andrew's in 1933 from its original home at St Mary's, Avenbury.

The church was bombed in WWII and the other two bells were so badly damaged that they had to be recast. This bell, the heaviest of the three at 7cw, sustained a crack but can still be wrung. It is inscribed with the Latin phrase 'I have the name Gabriel, sent from heaven'.

Visiting is extremely easy; the church is located on St Andrew's hill, just 2 blocks from St Paul's Cathedral. The closest underground stations are St Paul's and Blackfriars. The church nave has limited visiting hours, but you can easily view the nave through etched glass panels from the entrance hall at other times of the week. 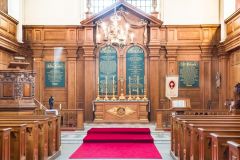 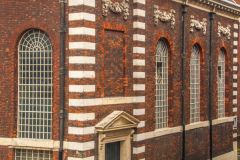 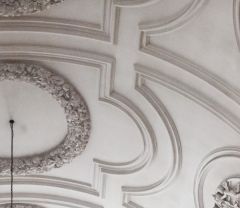 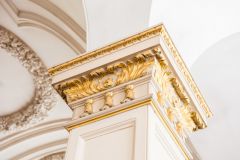 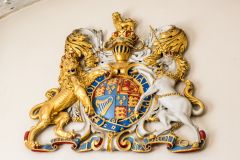