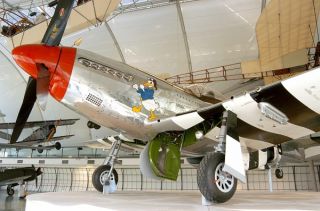 Take off to the Royal Air Force Museum and soar through the history of aviation from the earliest balloon flights to the latest Eurofighter. Gaze at a world-class collection of over 100 aircraft, aviation/wartime memorabilia and artefacts together with an awe-inspiring sound and light show that takes you back in time to the Battle of Britain.

Much of the museum is housed in historic aircraft hangars that once formed part of Hendon Aerodrome. The hangars are home to displays on helicopters and other rotary winged aircraft, fighter aircraft, an overseas aircraft collection, and 'Wings over Water', showcasing planes that could land and take off from the water.

The Bomber Hall shows how bombers developed in WWI and evolved into the technologically advanced models we see today. Learn about the role played by RAF Bomber Command and the U.S. Army Air Forces during World War Two.

This exhibition hall traces the history of aviation, from the first manned flight by the Wright brothers in 1903 to the development of modern aircraft. The exhibit shows how early experiments helped develop the aircraft we see today, and how aeroplanes changed over time.

Though the display covers all aspects of aviation, its major focus is the contribution made by the RAF. On the 3rd floor of the hall is the Air Traffic Control exhibition, where you can see how a modern control centre operates.

Hear Sir Winston Churchill's famous 'Battle of Britain' speech and follow the story of the heroic and deadly dangerous role played by the RAF in the pivotal battle for the skies over Britain. A popular feature in the Hall is 'Our Finest hour', a multi-media display bringing to life the dangerous life of a fighter pilot during the war. The hall displays not only British aircraft, but German planes as well, plus examples of the V-1 Flying Bomb, and V-2 Rocket.

Another popular exhibit is First World War in the Air, tracing the story of how the relatively new technology of aircraft adapted to the demands of war.

See a life-sized model of an F-35 Joint Strike Fighter jet - the only full-sized model in the world.

Beyond the historical aircraft displays, the RAF Museum London is about people; the servicemen and women who helped develop flight and contributed to the story of the RAF.

The museum is relatively easy to reach from central London. The Edgware Road branch of the Northern Line runs close to the site. The nearest tube station is Colindale, a short walk from the museum site. If you are arriving by car please use NW9 5QW for your satnav. 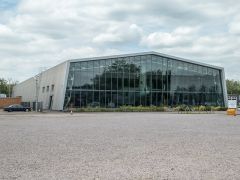 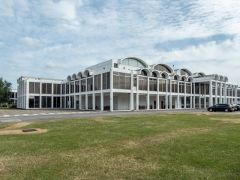 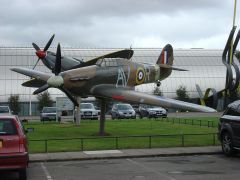