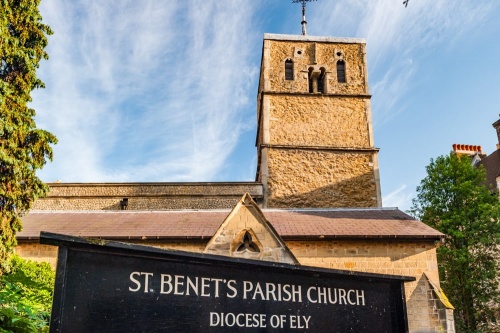 No one knows for certain how old St Bene't's is; it may date to as early as the 9th century, or to as late as the reign of Edward the Confessor (d. 1065). The most likely date, however, is around the year 1020, in the reign of King Cnut.

St Bene't's was first and foremost a parish church, though from 1353-1579 it also served as the chapel of Corpus Christi College. A passage (now blocked) leads from the College to a hollow pillar inside the church. Inside the pillar, a set of spiral stairs lead to a bathroom at the same height as the graveyard outside. The pillar is pierced by portholes from which you can view the church interior. 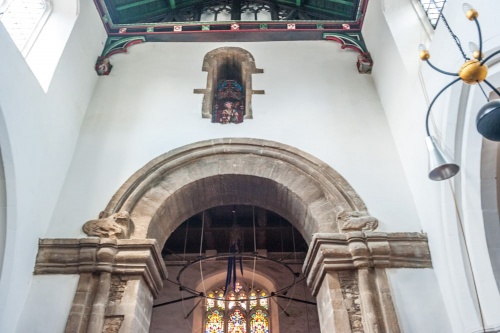 The tower is the glory of St Bene't's, and is the most unaltered part of the church. Linking the tower to the body of the church is a magnificent Saxon arch decorated with two carvings of grotesque beasts. The beasts, which might be lions, are wonderful examples of Saxon carving. One has what appears to be a fish in its mouth.

There are six 17th century bells hanging in the belfry. The bells would have been used by Fabian Stedman, parish clerk in 1670 and the inventor of change-ringing.

The south wall is Saxon, but the other three walls were rebuilt in the 19th century. The chancel arch is 14th century, but it rests on the base of a Saxon arch. There is a very worn 14th-century piscina and sedilia, and a mid-15th-century clerestory. 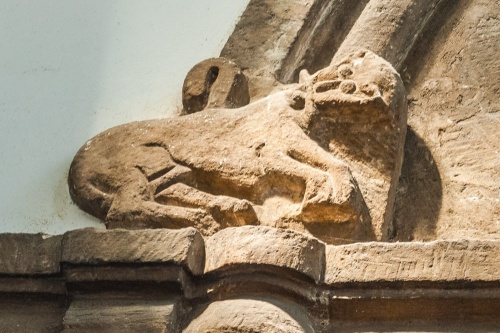 In the south aisle is an early medieval altar slab, and in the north aisle are a 17th-century bier and a firehook for pulling burning thatch off the roof of houses in an emergency.

St Bene't's is a delight to visit; a church where the sense of antiquity is almost palpable. The interior is rather dim, which is a shame as it does make it a bit more difficult to make out many of the most interesting historic features, but on the other hand, it does add to the ambience of this very old, very special church

St Bene't's is , appropriately, on Bene't Street, just off the busy King's Parade and within an easy stroll of all the major tourist attractions of central Cambridge. It is usually open to visitors and was open both times we visited. 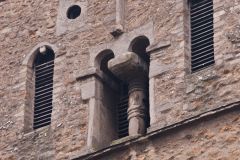 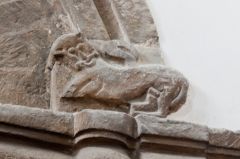 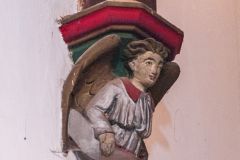 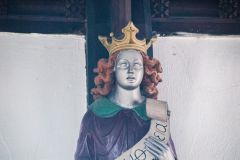 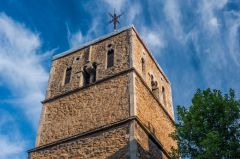