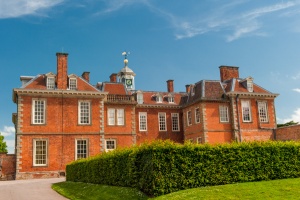 An attractive hamlet just a few miles from Droitwich and Bromsgrove, Hanbury is most noted for its association with Hanbury Hall, a delightful William and Mary house of brick that was the seat of the Vernon family for over 300 years. Now run by the National Trust, Hanbury is set in 400 acres of gardens and parkland.

The church stands atop a hill above the town, and though the exterior is largely 18th century, much of the interior is Norman. The chancel was restored by George Dance, who later gained fame for his work at Christ Church, Dublin.

Outside Hanbury is Hanbury Woods (also known as Dodderhill Common and Piper's Hill Common), a 35-acre woodland area with some surviving sections of ancient timber, including beech, oak, and chestnut. The Woods is a popular walking area and home to a remarkable 200 varieties of fungi. 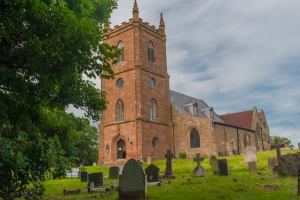 Just to the south of Hanbury is Mere Hall, one of the largest timber-framed buildings in the county. The multi-gabled house was built in 1560, though there are remnants of a house begun in 1337 within the structure. An attractive forecourt was added in the Georgian period and gazebos in the Queen Anne era. Nearby is Broughton Court, a 16th-century house that was once the dower house for Mere Hall.

One final stop in Hanbury is the award-winning Jinney Ring Craft Centre, located in converted barn buildings at the south end of town. The centre houses craft workshops and galleries, tea room, restaurant, and a gift shop.

More self catering near Hanbury

More bed and breakfasts near Hanbury