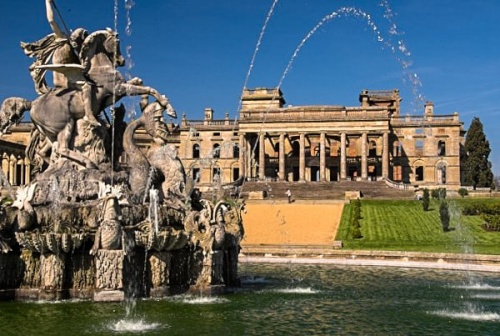 Until a disastrous fire gutted the house in 1936, Witley Court could claim to be one of the finest stately homes in the country. There was a manor at Witley as early as Saxon times, and after the Norman Conquest the land was granted to a relative of William the Conqueror, one Urso d'Abetot. The manor later passed through the hands of the Cooksey family and later the Russells of Strensham, before being purchased by Thomas Foley, son of an iron merchant from Stourbridge.

The house remained in the Foley's hands for 183 years, during which time the house and parkland were greatly extended, and the church built. In the early 19th century John Nash was brought in to add the imposing porticos.

St Michael and All Angels Church deserves special mention; the exterior is of modest brick, to a design by James Gibbs. The interior is notable for the monument to Lord and Lady Foley, the tallest funerary monument in the country.

The original interior was plain, but the 2nd Baron Foley acquired the windows, ceiling paintings, and organ from the estate of the Duke of Chandos, who had lost his fortune in the South Sea Bubble fiasco. The paintings, by Italian artist Antonio Bellucci, are simply superb. The organ was once used by Handel when he was music director for the Duke of Chandos. 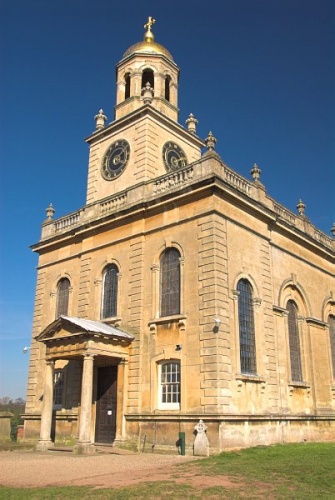 The Foleys sold Witley Court in 1837 to Baron Ward (later Earl Dudley). For a time Ward was content to loan the house to Queen Adelaide, widow of King William IV, but in 1846 he embarked on an ambitious rebuilding program that transformed Witley Court into an opulent neo-Palladian mansion.

William Nesfield was brought in to create a remarkable park surrounding the house, littered with fountains, stonework, and gardens. The most impressive of the fountains is dedicated to Perseus and Andromeda and has recently been restored to full working order.

Finally, the house was bought by industrialist Sir Herbert Smith. It was still in Smith's possession when the deadly fire of 1937 turned the mansion into a ruin overnight.

Witley Court is under the care of English Heritage, who have recently opened The Jerwood Foundation Sculpture Park of modern British sculptures in the parkland. EH have also embarked on an ambitious program of restoration aimed at bringing the park, gardens, and sculpture back to their former glory. Personal audio tours are available.

I had read about Witley's history before visiting and had a vague notion that it would be a very grand house, but I was frankly unprepared for just how overwhelmingly opulent it was. It is hard not to let your jaw drop just a teensy bit while exploring the house and grounds. And when the Perseus and Andromeda fountain begins to spout forth, well, the effect is simply staggering. Witley deserves its reputation as one of the most imposing impressive of England's stately homes. 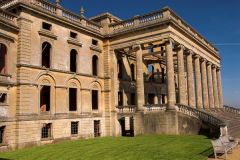 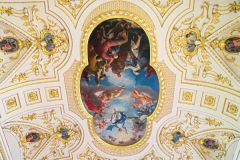 More self catering near Witley Court