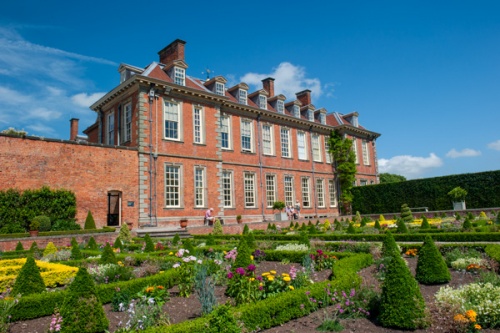 Hanbury Hall (built 1701), is a charming William and Mary house of brick that was the seat of the Vernon family for over 300 years. Now run by the National Trust, Hanbury is set in 400 acres of gardens and parkland. The 18th-century garden has been lovingly restored, and the interior boasts an exceptional staircase and collections of fine porcelain and Dutch flower paintings.

In the early 16th century Rev Richard Vernon came to Hanbury, and over the next 100 years or so his descendants accumulated land in the area. One of their purchases was a manor called Spernall Hall. In 1692 Thomas Vernon, a successful lawyer, inherited the family estates. Sometime around 1706 he built a grand red-brick house, incorporating bits of the earlier manor. This was the first Hanbury Hall. The house was set in formal gardens, continental in style, with gravelled walks and intricate geometric parterres. 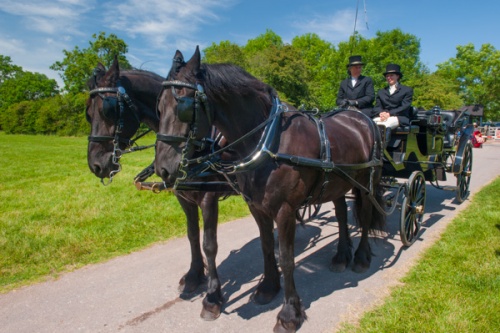 Arriving in style at Hanbury

Vernon and his wife Mary had no children, and in his will, he left Hanbury to his second cousin Bowater. The terms of the bequest were poorly drawn, however, and Thomas's brother-in-law Roger Acherley sued to break the will. The suit was unsuccessful, but Acherley did not give up and took his case to the House of Lords.

The Lords again upheld the will and Bowater Vernon was free to spend his fortune. This he did in some style, running through money with abandon, and generally living the high life. A contemporary painting shows a riotous party at Hanbury, with a dissolute young nobleman passed out on the grand staircase. Ironically, his memorial in Hanbury church speaks of Bowater's temperance.

When Henry Cecil, 1st Marquis of Essex, married the Vernon heiress Emma in 1776, he swept away the formal gardens in favour of informal English landscape gardens in the style of Capability Brown. He had the interior renovated to create larger rooms, though thankfully he left the staircase murals untouched. 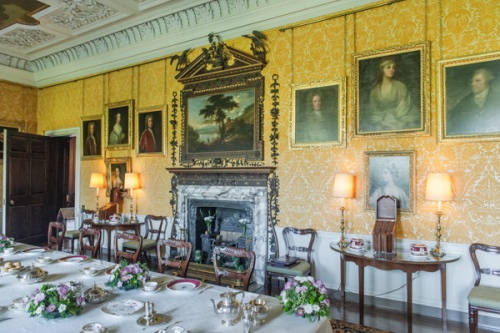 The marriage, however, was not a success; in fact, the private lives of the Vernons read like a soap opera. Despite both parties to the marriage having fortunes of their own, they managed to run into debt quickly.

Then in the late 1780s things got very messy indeed. Emma started an affair with the curate of Hanbury church. She confessed the affair to Sir Henry and begged to be allowed to live with her lover. Sir Henry resisted, at which point the couple eloped.

Driven by shame, and no doubt by fear that his creditors would catch up with him, Sir Henry left Hanbury to live under an assumed name as John Jones. He bought a small farm in Shropshire and in 1790 married Sarah Hoggins, the daughter of a neighbouring farmer.

Unfortunately, he was still legally married to Emma, and it was not until 1791 that he was able to get an Act of Parliament granting him a divorce. Henry and Sarah were married a second time - this time legally.

Henry died in 1804 and Emma moved back into Hanbury Hall with her third husband, John Phillips. The estate passed through several generations of Vernons, including Harry Vernon, created the 1st Baronet of Hanbury in 1885. 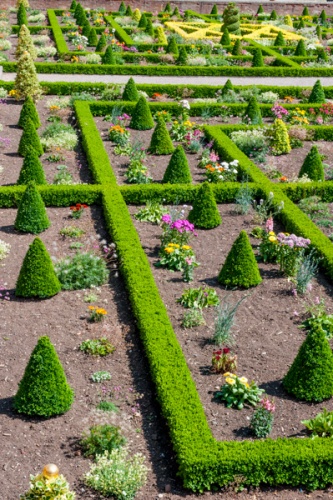 The last Vernon of Hanbury was Sir George Vernon, who took his own life in 1940. A series of contemporary newspaper accounts of the suicide are on show in the Hercules bedroom, but the actual event took place in a smaller bedroom on the first floor.

The baronetcy died with Vernon, and his estranged wife Doris moved into the house, where she remained until her death in 1962. At that point, the Hall passed into the care of the National Trust, and though it was initially let to a series of tenants, in recent years it has been open most of the year to visitors.

One of the greatest contributions made by the Trust has been to restore the formal garden parterres on the south side of the house, bringing them back to something approaching their original state. A short distance from the formal garden is an elegant brick orangery and a restored ice house.

The most impressive feature of Hanbury is the extraordinary main staircase. This is truly a jaw-dropping work of art on a massive scale. Every surface of the walls lining the stair and the ceiling at the top of the staircase opening is covered in extraordinary murals illustrating scenes from Greek myth.

The murals were painted by Sir James Thornhill (1675-1734), who was responsible for the Dome of St Paul's Cathedral, the Painted Hall at Greenwich, and the Great Hall of Blenheim Palace, among other high-profile works for wealthy patrons. 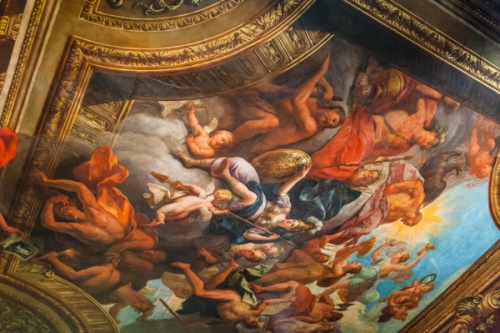 The theme of the paintings follows the story of Achilles, but in amongst the classical motifs, Thornhill (or, more accurately, his Whig patron Thomas Vernon) makes room for a political statement, as the controversial Tory propagandist Rev. Henry Sacheverell is shown being cast to the Furies. Sacheverell opposed the strident Whig calls for war with France, and in 1710 was put on trial for sedition by the Whig government.

We were fortunate enough to visit on the day the Hall celebrated 60 years in the care of the National Trust, so the house and grounds were populated by guides in historical costume representing periods in the history of the house.

The guides were extremely good and really managed to convey a sense of the people and time periods in an amusing and entertaining way. Also part of the celebrations was a horse and carriage which took us from the entrance, up the drive, to the front door of the house.

It sounds trite, but arriving in that way really did give us a sense of what it would have been like to be a visitor to Hanbury hundreds of years ago; for one thing, even the neatly gravelled drive jostled us about; I can't imagine how battered and bruised we'd have been travelling on ordinary roads of the day!

There are several circular walks around (and beyond) the estate outlined in the Hanbury Hall guide pamphlet that you get on entering the property. We took the walk to the nearby church, which you can clearly see dominating a nearby hilltop.

It was only about 10-15 minutes, across pleasant fields, followed by a short but steep ascent of the hill. But it is worth the effort; the church is fascinating, with the major interest coming from the ornate tombs to the Vernons of Hanbury Hall in the south transept, including that of Thomas Vernon, builder of the Hall, and his spendthrift heir, Bowater. 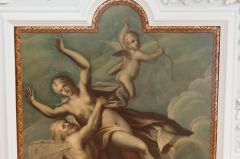 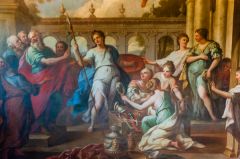 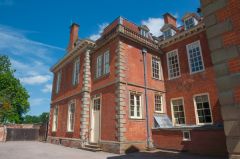 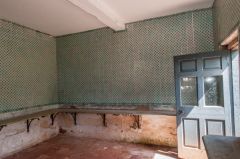 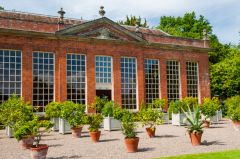 More self catering near Hanbury Hall