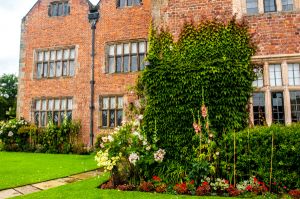 Peover Hall is a red-brick 16th-century house with the addition of imposing Jacobean stables. The house was built in 1585 and the stables added in 1654. The house was greatly altered in the Georgian period to create an elegant house in keeping with the style of that time, but the Georgian exterior was taken down when the house was restored in the 20th century. As a result, what we see now is largely the original Elizabethan manor.

Some of the original Elizabethan panelling survives, as does the roof of the great hall. Much of the panelling and bookcases have been reclaimed from nearby period houses that have been demolished.

The house stands to the northeast of the original Peover Hall, a timber-framed moated manor house which has been replaced by a modern building, still standing within the medieval moat enclosure.

Peover Hall stands in a landscape park designed in the 18th century. The landscape park was likely designed by William Emes sometime after 1764. It consists of formal lawns with clipped yews, and gravel paths, partly enclosed within a ha-ha. The park was later augmented by a garden laid out in the late 19th century by Sir Philip Mainwaring.

In World War II the house and grounds were commandeered by the government as part of the war effort and used to house troops. The most famous resident of Peover was General George S. Patton of the US Army, who was stationed here with the American Third Army before D-Day. Many Americans now make the trek to Peover because of the Patton connection, and an American flag hangs in the nearby church as a memento. 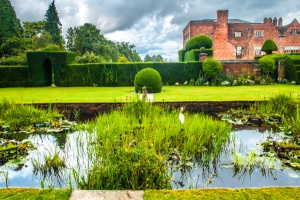 The garden pool and the house

Speaking of the 15th-century church of St Lawrence, it stands in a grove of trees almost beside the house. Within the church are the tombs of generations of Mainwarings, including the marvellous canopied tomb of Sir Randle Mainwaring (c. 1456) and his wife Margery.

We visited Peover Hall on a gloomy day in July, with rain spitting down. Despite the persistent drizzle we enjoyed wandering around the gardens, which were small, but really lovely, with a variety of rooms created by red brick walls. Then it was time for the house tour.

This was a fascinating tour, led by a very knowledgeable and friendly guide, who really seemed to know her stuff. She conducted our small group through a series of rooms, starting with the old kitchens, which have since been turned into a large dining hall.

The rooms of Peover are not as ornate as many a stately home, but that's actually a good thing, as they had more of a lived-in feel to them - which they are, for, as the guide informed us, the family usually stay here every weekend.

The main feature of the rooms on view is the truly remarkable collection of period furniture and panelling, which were so wonderfully carved that they will live long in my memory. Though very little of the interior furnishings at Peover were actually intended for the house, the overall effect is one of wonderful Elizabethan and Jacobean craftsmanship.

After we finished the tour, which took about one hour, we explored the church, which is an absolute gem; the Mainwaring tombs are some of the finest in the country, and it amazes me that the church is not better known. All in all, we had a wonderful visit - despite the weather - and I can highly recommend Peover Hall for an afternoon's outing.

As of this writing, Peover is open May-August: Mon & Thu except BHs for tours, but please check the Historic Houses Association website for current details.

More self catering near Peover Hall >> 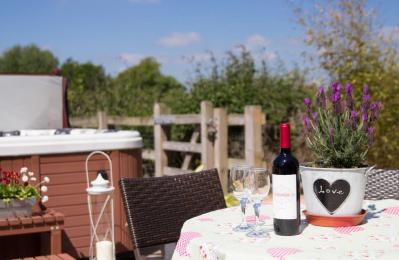 Situated near open fields, in Lower Peover, 4 miles from Knutsford, this is a small house with a big welcome, ideal for a weekend away or a week's holiday getting …
Sleeps 6 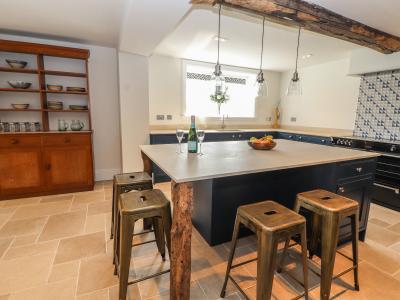 This luxury farmhouse rests in High Legh, near Knutsford in Cheshire and can sleep 10 people in five bedrooms.
Sleeps 10