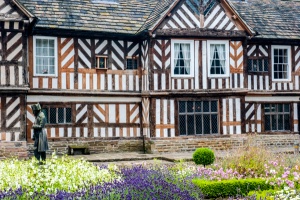 There was a house here as early as 1040, when the Legh, or Leigh, family built a hunting lodge in the forest of Macclesfield, and the Legh family have remained owners ever since. The current house is a product of the 14th century, begun in 1315 for a noblewoman named Ellen de Legh.

The roots of Adlington Hall quite literally go back in time; at the heart of the Great Hall are a pair of oak trees, their roots still in the earth, their trunks shaped into carved pillars.

Despite its 14th-century origins, late medieval and Tudor remodelling have changed the house considerably.

The Great Hall was built in the late 15th century by Thomas Legh, centred around the pair of ancient oaks.

A Tudor manor in typical Cheshire black and white style was added a century later by another Thomas Legh. Thomas was suspected of having Papist sympathies but was still named as High Sheriff of Cheshire.

This Tudor style is oddly juxtaposed beside the classical style wing and west front added to the house in the 18th century by Charles Legh, who also served as High Sheriff. Charles Legh was friends with composer George Frideric Handel, who gave him the manuscript of a score for a hunting song he had composed. The score is still proudly owned by the Legh family. 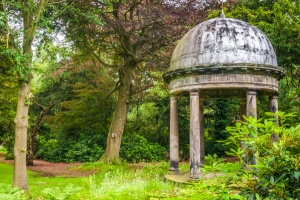 The Temple of Diana

The Great Hall is notable for its excellent hammerbeam roof, and within the hall - occupying almost all of one end - is an 18th-century organ reputedly played by Handel on several occasions. The organ is flanked by the two tree trunk pillars.

The house is surrounded by landscaped gardens, a product of the 18th century. A Temple of Diana was added later, and in the 20th century a rose garden and maze were created. The surrounding estate at Adlington extends to over 2,000 acres, with woodland walks, a lake, and an off-road driving course!

The hall and gardens are open by prior arrangement to groups and can be booked for corporate events.

For whatever reason, I was the only visitor on the guided tour when I visited. Perhaps it was the fact that it was the last tour of the day. Whatever the reason, I felt very privileged, for I had the guide all to myself, and had a wonderfully personalised experience of the house.

The thing that stays in my memory is the quite astounding Great Hall, which seems almost dwarfed by the huge 1670 organ. This astonishing musical instrument is so imposing, so overwhelming, that it is almost too much to take in. I can't think of any historic musical instrument in any stately home in the country that is quite so impressive.

The other remarkable thing about Adlington is how different it looks depending on which side of the house you approach. The main visitor entrance is pure Cheshire black-and-white, a Tudor symphony of timber-framing.

But if you walk around behind the house, on the trail that leads to the Temple of Diana, and look back at the house, it is neo-classical Georgian red-brick, with a high portico supported on large columns. It's like two completely different houses, each impressive in its own right. 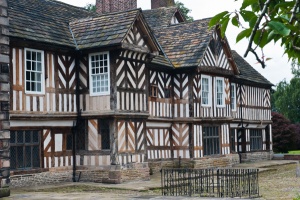 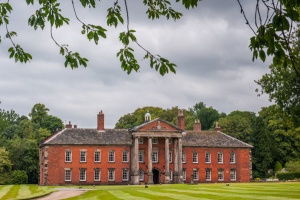 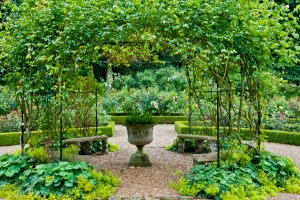 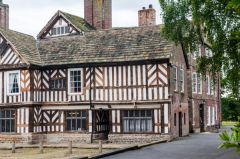 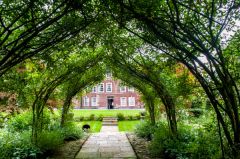 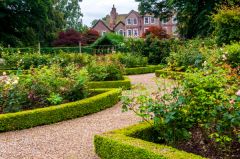 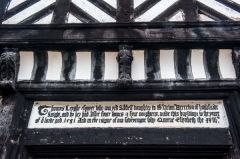 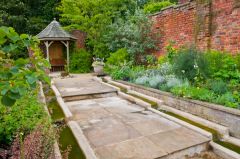 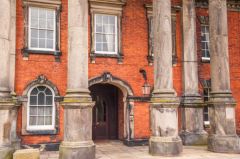 More self catering near Adlington Hall