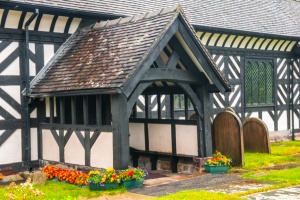 This remarkable building is famous for its 14th-century timber-framing. There are no stone pillars supporting the nave or chancel roofs; everything is supported by octagonal oak pillars, braced by huge oak beams, all darkened with age. The effect is simply amazing, and totally unlike most medieval churches.

Standing in the nave is like standing in a forest, surrounded by tree trunks. Lower Peover is an exceptional example of a medieval oak-framed church, a reminder that this is Cheshire, where timber-framed buildings can be the rule rather than the exception.

The first record of a church at Lower Peover comes from 1269 when Richard Grosvenor of Hulme Hall built a chapel of ease for Great Budworth here. The chapel was simply a way to save residents from the long walk to Budworth to attend services, and was not a full-fledged church at first.

In 1322 a font was brought to Lower Peover from Norton Priory in Runcorn, where it was surplus to requirements. Though we can't say for certain when it was made, the decoration suggests a Norman date. The style is very simple, with two sets of rolled moulding at the top and bottom of the lead-lined bowl. 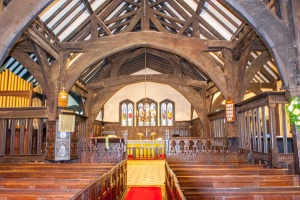 In 1464 Robert Grosvenor built a chantry chapel onto the church but this was torn down in 1542 during the religious turmoil of the English Reformation. The west tower was a surprisingly late addition, erected in 1582, though it does appear to incorporate earlier stonework.

The Shakerley family inherited Hulme Hall from the Grosvenors in the 15th century, and their family crest; a hare and wheatsheaf symbol, can be seen throughout the church, particularly on several of the box pews. There are memorials to generations of the family in the Shakerley Chapel, which occupies one end of the Grosvenor Chapel to the south of the chancel. One of the most interesting is the memorial to Sir Godfrey Shakerley who died in 1696

Also in the chapel is a 'bog oak' chest, thought to be older than the church itself. This chest was used for centuries to keep important parish documents safe, as well as acting as a store for vestments and church plate. It probably dates to the 13th century and was made from a single oak log, 6 feet long and 2 feet wide. 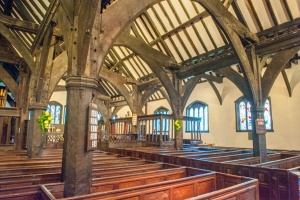 The oak pillars in the nave

The chapel is separated from the nave by a wooden screen dated 1642, and an early 17th-century screen divides the chapel from the chancel. The altar rail, altar table, and pews are all 17th-century work. So is the pulpit, which is beautifully carved, with marquetry panels.

By the font are two bread cupboards, dated 1720 and 1739, used to distribute loaves of bread to the poor in accord with a bequest. The practice is continued to this day.

A fascinating folk tale is associated with the chest; it is said that in the medieval period a young woman needed to be able to lift the chest lid with one arm if she wanted to marry a local farmer. This probably has some basis in fact, for the farmers' wives in this area needed to be able to handle the large and heavy rounds of Cheshire cheese made locally.

St Oswald's is an experience; it is unlike almost any other country church I have visited. The timber structure and the wonderful Jacobean woodwork throughout make this a historic site to remember. 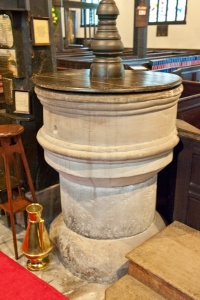 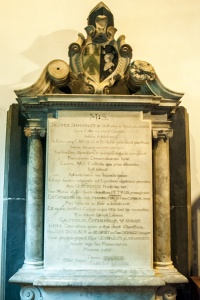 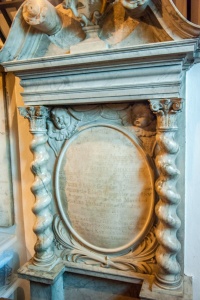 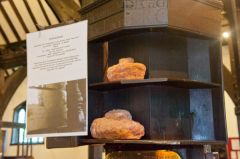 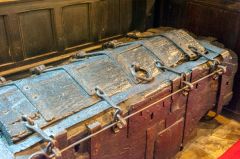 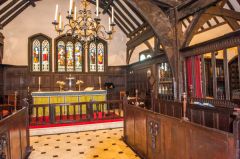 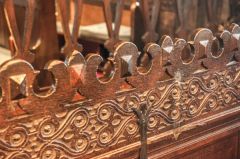 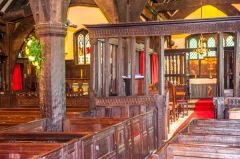 More self catering near Lower Peover