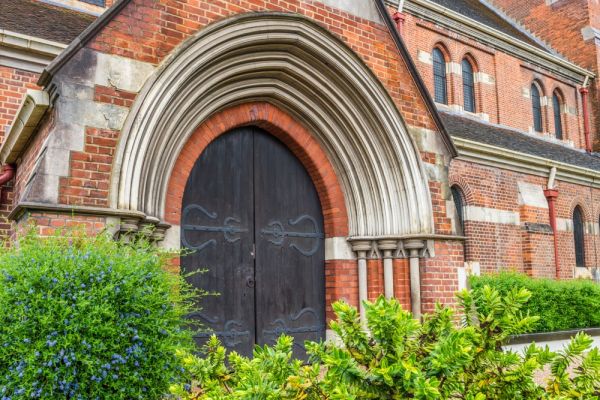 St Luke, Oseney Crescent is a Victorian Gothic church designed by architect Basil Champneys for his father, the parish vicar. The most striking feature is the tower, which stands 40 metres high and is capped with an unusual gable roof. The building is of red brick brought from Suffolk, and the design draws inspiration from 13th-century Gothic.

The interior features rich decoration, including Renaissance floor tiles and altarpiece, and a fanciful wrought-iron screen. The vivid stained glass is by Arts and Crafts stalwart Philip Webb and the William Morris company.

The church fell out of use and was closed for 20 years. It passed into the care of the Churches Conservation Trust, but it has now reopened as an active church once more.

A church dedicated to St Luke stood in Euston Road, but when St Pancras Station was built Midland Railway needed the site, so the church was dismantled and re-erected in Grove Road, Wanstead. The money paid by Midland Railway as compensation was used to build a new church on Oseney Crescent in Kentish Town. 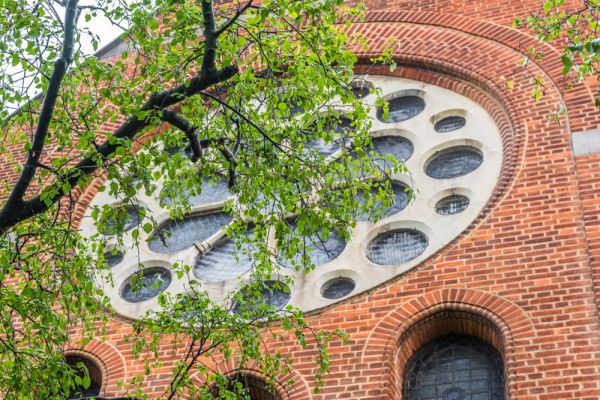 The site for the new church was donated by Christ Church College, Oxford, which owned the land between Oseney Crescent and Kentish Town Road as the result of a bequest from Dr Robert South in 1714.

The architect John Johnson, who had designed the earlier church in Euston Road, fully expected to be the architect for the new church. Nepotism, however, had the final say. The vicar of St Pancras was Rev WW Champneys, and he appointed his own son, Basil Champneys (1842-1935), to design the church. It was Champney's first important commission.

Building began in 1868 and was finished the following year. The result is a stylish building in red brick and stone, in the elegant Early English style favoured by Victorian Gothic architects. The church has two aisles and terminates in an apse at the east end. Its most striking feature is a central tower, with three large lancets on each side, and four gables, each pierced by a rose window. There is a very large rose window at the west end, rising above three slender lancets.

The curate of the previous church on Euston Road, CH Andrews, became the first vicar of the new church. 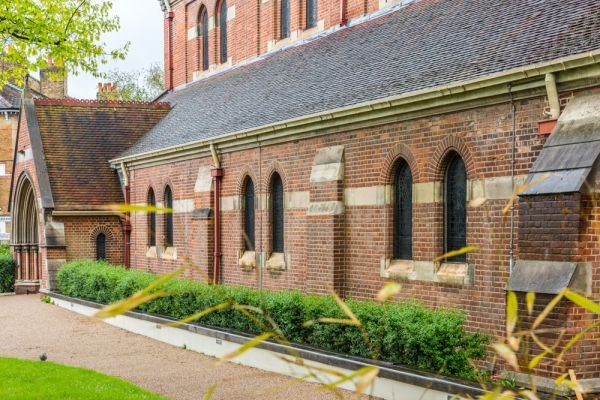 By far the easiest way to reach St Luke's is by tube. Take the Northern Line to Kentish Town (High Barnet branch). From the Kentish Town tube station entrance turn left onto Kentish Town Road, then take the first left onto Islip Street. Follow Islip Street for two blocks until it turns into Oseney Crescent. You will see the church come into view on your right.

The last time we visited the church we found it closed, and the churchyard gates were locked. We could still get a good view of the exterior by walking around the churchyard, but it was a shame not to see this wonderful historic building accessible to visitors. 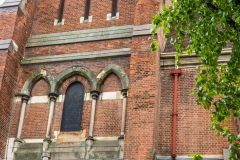 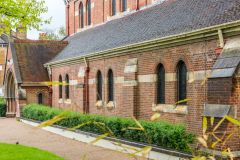 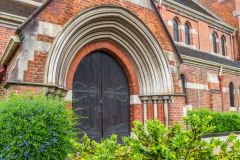 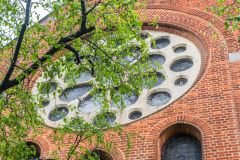