HERITAGE HIGHLIGHTS:   Karl Marx is only one of many notable people buried here 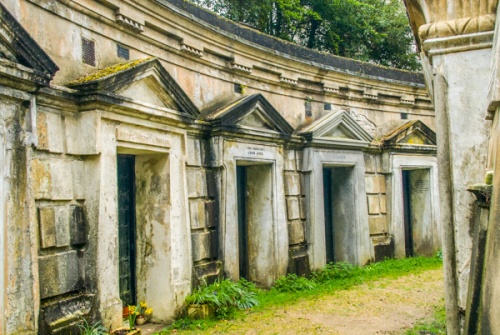 A historic Victorian cemetery in the north London suburb of Highgate. Several luminaries are buried at Highgate, notably Karl Marx, founder of communism, whose rather grand memorial is a popular attraction for followers of his writings.

There are two cemeteries, east and west, facing each other across Swain's Lane. The west cemetery was founded in 1839 after burial grounds in inner London became too crowded to support the expanding population.

This older cemetery is a wonderful period piece, full of fascinating, and sometimes peculiar, funerary monuments, buildings, chapels, and memorials, representing a marvellous example of Victorian attitudes towards life, death, and dying.

The east cemetery was added in 1854, and the west cemetery was closed to burials in 1966. Restoration work has created a landscape garden from the overgrown ruins of the Victorian cemetery, and this has been listed as of Grade II importance by English Heritage. There are two Grade I listed buildings among the cemetery's collection of funerary architecture.

A majority of those buried at Highgate are listed in the Dictionary of National Biography; among these are 6 Lord Mayors of London, and other well-known people such as author George Eliot and Sir Ralph Richardson.

The most intriguing area of the west cemetery is the Circle of Lebanon, a sunken avenue of funerary vaults set into a circular shape. There is also an avenue of Egyptian styled vaults, the Terrace Catacombs and a fabulous mausoleum built by businessman Julius Beer.

The east cemetery is open daily for casual visitors. The west cemetery, by contrast, can only be visited as part of a guided tour led by volunteer guides. Full details of tours are on the Highgate Cemetery website. 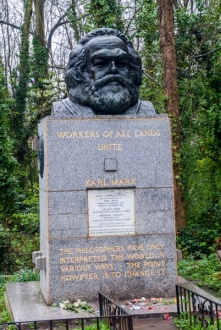 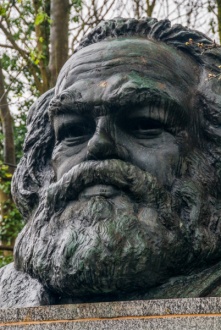 I've taken one of the guided tours and found it one of the best tours I have ever had the pleasure of enjoying. I learned so much about the Victorian world and its obsession with death and mourning, and the guide was able to make the stories of the people who lie buried in the cemetery really come to life in a fascinating way. I can highly recommend the tours. 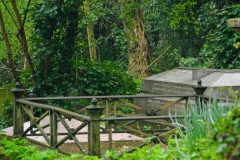 More self catering near Highgate Cemetery >>