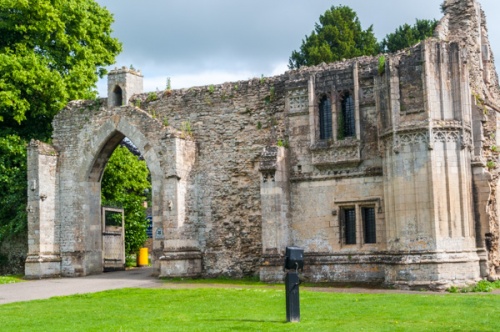 Ramsey Abbey Gatehouse
The town of Ramsey owes its existence to the foundation here of Ramsey Abbey, which was established on an island in the middle of marshland around AD 969. Ramsey Abbey grew to become one of the most important and powerful medieval monasteries in England. During the medieval period, a weekly market was established at Ramsey, and an annual three day fair on the feast day of St Benedict.

The abbey was disbanded by Henry VIII in 1539, and the stone was used to rebuild several Cambridge colleges, including Trinity, Kings, and Caius. In the 17th century, more building stone from the ruins of the abbey was used to build the striking tower of Ramsey's church, which stands at one end of Abbey Green, near the Abbey Gatehouse.

The gatehouse, now owned by the National Trust, is the sole surviving remnant of the once-powerful abbey. The gatehouse features a 13th-century marble effigy thought to represent Ailwyn, founder of the abbey. The exterior features beautifully carved oriel windows and several fascinating grotesque head carvings.

The town has a long association with the Cromwell family, whose most famous son was Oliver Cromwell, Civil War military leader and eventual Lord Protector. The Cromwell family built a mansion on the site of the Lady Chapel of the old abbey church. This house now forms the core of the highly acclaimed Abbey School. 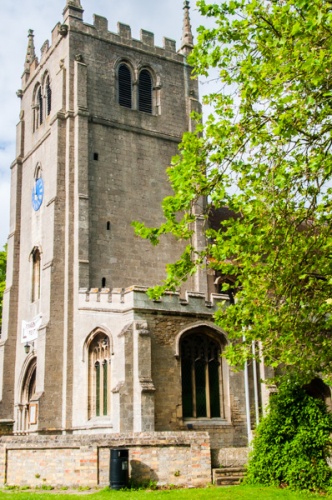 The Cromwells were responsible, albeit accidentally, for bringing the devastating Great Plague of 1666 to Ramsey. The infection was carried in a bale of cloth brought to the town by the Cromwells. Over 400 inhabitants of Ramsey died, but this was not the end of the town's troubles, for over the next few centuries several terrible fires swept through the town.

The effect of the fires is that modern Ramsey has few buildings of historic interest beyond the parish church of St Thomas a Becket and the abbey gatehouse.

The church dates to the late 12th century and was originally built as a guest house, or hospital, for visitors to the abbey. The chief point of interest in the church is stained glass by the William Morris company. 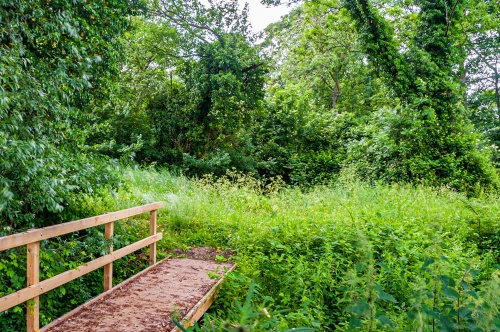 Behind the abbey grounds lies Booth's Hill, site of a 12th-century castle erected (probably illegally) during the tumultuous period of the Civil War between supporters of King Stephen and Queen Maud. Booth's Hill is now a nature reserve, and the castle site is badly overgrown, but an interpretation panel tells the story of what is known - or surmised - about the castle.

After the Dissolution, the abbey passed to the Ramsey family, who built an icehouse on Booth's Hill. The remains of the icehouse can still be seen, though once again the area is badly overgrown.

In the nearby village of Ramsey Forty Foot is Bodsey House (privately owned), established in the 13th century, and used as a country home by the last abbot of Ramsey.

More self catering near Ramsey >>

More bed and breakfasts near Ramsey >>