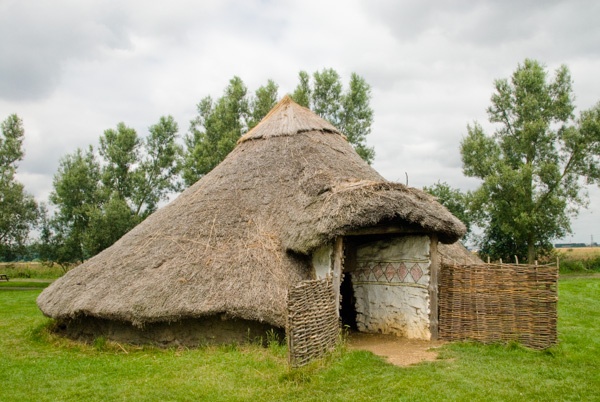 In 1988 a digger excavating a drainage ditch on the flat fenland just outside Peterborough unearthed a timber post that showed a strange splitting technique. Further investigation showed that the post was of Bronze Age date, and was part of a long ceremonial trackway across the wetlands built about 3500 years ago.

The trackway was almost 1 mile in length and was composed of over 60,000 upright posts supporting 250,000 horizontal planks. The causeway was constructed over a length of time, from about 1350-950 BC. Many of the timbers that made up the trackway have been preserved by the damp conditions of the peat.

The trackway joined to drove roads at each end of the fens. it seems extraordinary to think that such an extensive project as the wooden causeway could have been created simply as a way to get cattle across the marshes, but that is certainly one possibility.

The original causeway was made of two rows of posts and the walkway in between, but this was later expanded to 5 rows of posts with a boundary fence of wood to the north. No one lived at Flag Fen, but numerous animal bones suggest that the site may have been used for ritual feasting.

The archaeological research at Flag Fen is ongoing, as experts struggle to preserve the ancient remains before the wet peat dries out.

Visitors can explore the site and see sections of the original trackway still in place within a specially constructed exhibition building. There is a small museum showing finds from the site, including swords, arrow tips, and ceremonial items.

It is thought that many of these items were thrown into the waters as offerings. plus reconstructions of both Bronze Age and later Iron Age huts. Flag Fen has regular exhibitions and educational activities aimed at teaching youngsters and adults more about archaeology and ancient life. 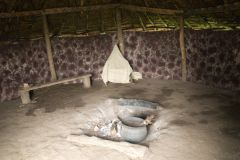 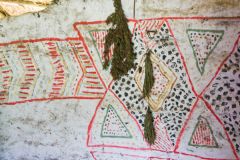 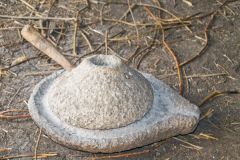 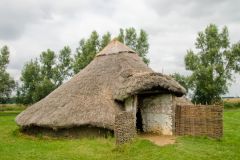 More self catering near Flag Fen