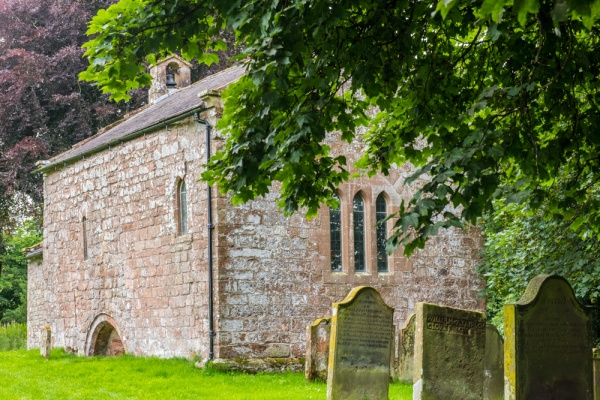 In the late 1st century AD the Romans built a series of forts stretching from east to west between the Tyne and the Solway, joined by a road known as Stanegate. The forts pre-dated Hadrian's Wall by about 3 decades. One of the Stanegate forts was erected on a spur of ground above the River Irthing.

The fort was made to hold about 500 men and was defended by an earthwork bank and ditch. Within the fort were two granaries, a barracks block, a commandant's house and a headquarters building. The fort seems to have been deliberately dismantled when the Hadrian's Wall defences were built.

After the Romans withdrew a community grew up to the south-west. Local tradition says that in the late 4th century St Ninian built a church and holy well within the earthwork walls of the old Roman fort. Ninian dedicated his church and holy well to his teacher, St Martin of Tours.

Some 8 centuries later a stone church was erected on the site of Ninian's church, beside the north-east ramparts of the Roman fort. This second church, like the first, was dedicated to St Martin, and served as the parish church for the growing settlement of Brampton. Stones to build the church were robbed from Hadrian's Wall. 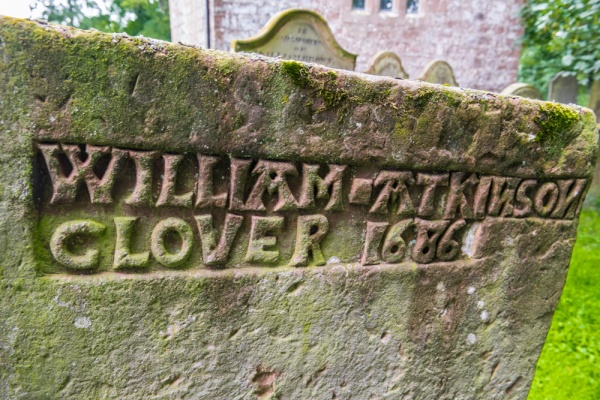 The first documentary evidence of Brampton Old Church comes in AD 1179 when it is mentioned as a gift to Lanercost Priory. During the 14th century, a fortified tower was added to the west end of the church to protect it from raids during the Border Wars.

The settlement was forced to move from its place beside the River Irthing when the local lord wanted to enclose the area to create a deer park. Though the 'new' Brampton was over a mile distant, the inhabitants did not build a new church, but continued to worship in the Old Church for over 600 years.

After Lanercost Priory was suppressed by Henry VIII the church was given to the Dacre family. It was transferred to the Howards in 1569.

In the 17th century, the 2nd Earl of Carlisle built an almshouse in Brampton, served by a chapel. The chapel, being much more convenient, was soon used for services and the Old Church gradually fell into disuse. The chapel was replaced by a large Georgian church in 1789, and in 1878 that church was, in turn, replaced by the present Pre-Raphaelite church of St Martin.

The Old Church, meanwhile, was in poor condition. The nave and tower were pulled down from 1787, but the chancel was left standing, as the site was still used for burials. A west porch was added in 1861. 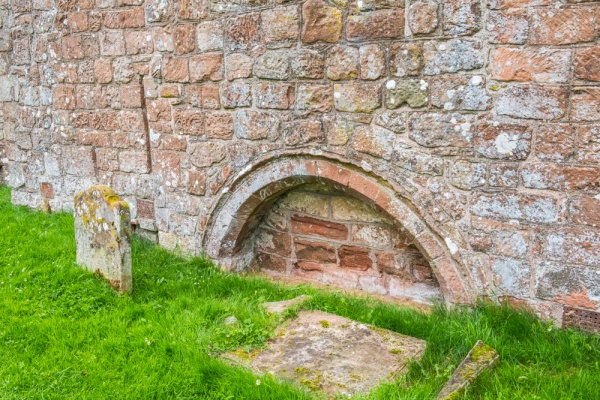 Tomb niche in the south wall

The parish church for the nearby village of Talkin was in Hayton, but the forests between Talkin and Hayton were full of wild wolves. It was considered too dangerous to carry corpses to Hayton for burial, so the people of Talkin paid a 'hay tithe' to Brampton so they could be permitted to bury their dead outside the Old Church. The Old Church was finally declared redundant in 1978 and all the internal furnishings were taken away.

The Old Church now stands alone within the ramparts of the Roman fort, with only a farmhouse for company. In the chancel wall is a single Norman window; all the other windows date to 1891. The layout is an extremely simple rectangle.

The church entry is an oak door protected by iron gates, and over the porch gable is a finial in the shape of a cross. Another finial is over the east gable and over the west gable is a bellcote. There is a rather odd tomb niche set into the south wall at ground level.

The only interior fittings are a piscina and aumbry cupboard dating to the 12th century. 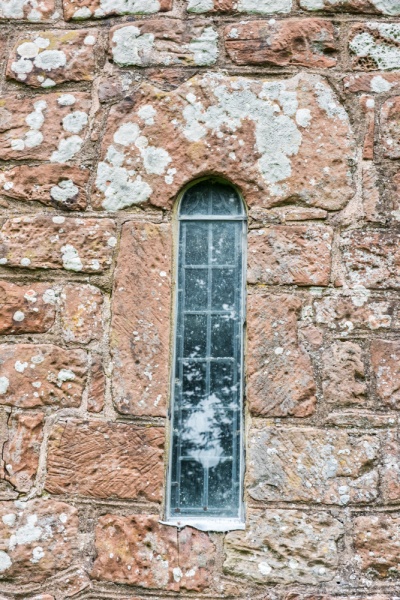 Finding the Old Church is easy. From the centre of Brampton take the A607 (Longtown Road). Just past the school turn left onto Old Church Lane and follow the lane to the end where there is space for several cars. The church and Roman fort are to your left and Old Church Farm is to your right. The church is normally kept locked but you can get keys at the farmhouse (sat least that's the theory; we tried at the farm but couldn't raise anyone - presumably they were out and we were just unlucky).

Even if you can't find anyone home at the farm you can still explore the churchyard and try to make out the layout of the Roman fort. There are also several old gravestones in the churchyard, including one to William Atkinson Glover, who died in 1686. Glover may be the same William Glover who licensed his house as a place of non-Conformist worship in 1672. If so, it seems odd that he is buried here by the Old Church.

Also in the churchyard is the grave of Henry Whitehead, the vicar of Brampton who was responsible for building the Pre-Raphaelite church of St Martin. 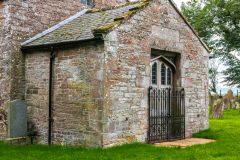 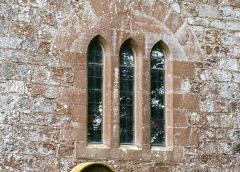 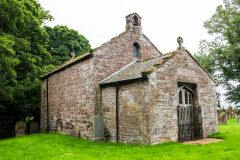 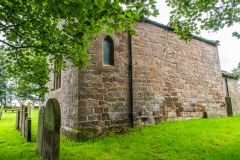