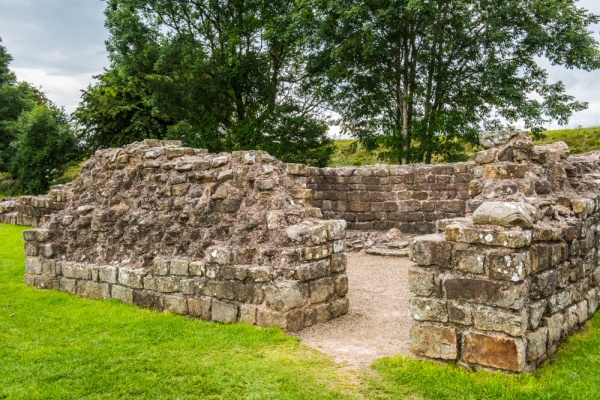 Banks East Turret is the well-preserved remains of a turret used by Roman soldiers defending Hadrian's Wall. Short sections of the wall still stand on either side of the turret.

The turret was built to a two-storey plan, with a first floor reached by a simple ladder. A further ladder gave access to the roof of the turret for observation along the wall. The walls of the turret stand to a present height of 1.75 metres, about 14 stone courses high.

The turret formed part of a system of observation posts along Hadrian's Wall. There was a fort every Roman mile, and a pair of turrets spaced equally between each milefort.

Excavations have revealed that there was originally a turf wall next to the east wall of the turret. The turret was occupied from the early 2nd century and seems to have been abandoned around AD 296. A fallen section of the turret wall stands just west of the ruins.

Banks East Turret is also known to historians by the somewhat less descriptive name of Turret 52A. Banks East was the first part of the Wall to enter state protection when it was granted to the government by the landowners and passed into the care of the Ancient Monuments department in 1934.

A very short walk along the Hadrian's Wall Path brings you to Pikes Hill Tower, a peculiar triangular tower erected after the Wall had already been built.

Banks East Turret is one of the easiest surviving turrets to visit along Hadrian's Wall, and probably the best-preserved. The turret stands directly beside the minor road from Banks village to Birdoswald Roman Fort. It is well signposted from surrounding roads, and signposted from Lanercost Priory. There is a large, free parking area directly beside the turret and excellent views south over the valley below.

You can clearly see the remains of two hearths within the turret, as well as a low stone bench along the north-west wall, opposite the entrance opening in the south-east corner. 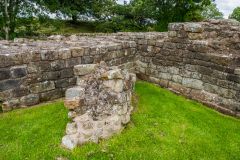 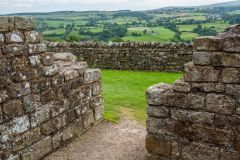 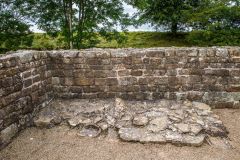 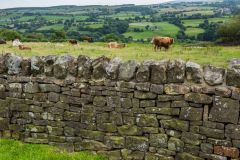