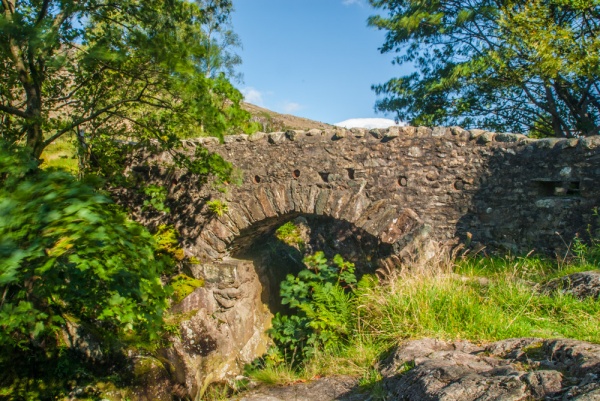 In the heart of the Duddon Valley between Seathwaite and Cockley Beck, is the hamlet of Birks, with a cluster of old buildings now used as an outdoor centre. Immediately beside the lane is an old packhorse bridge across a ravine on the Duddon, known as Birks Bridge. The name comes from the large number of birch trees in the area; over time 'birch' has changed into 'birk'.

The picturesque stone bridge probably dates to the 18th century. One interesting feature is a series of drain holes built into the bridge parapets. The ravine beneath the bridge has been quite obviously smoothed by the action of the water over millennia. 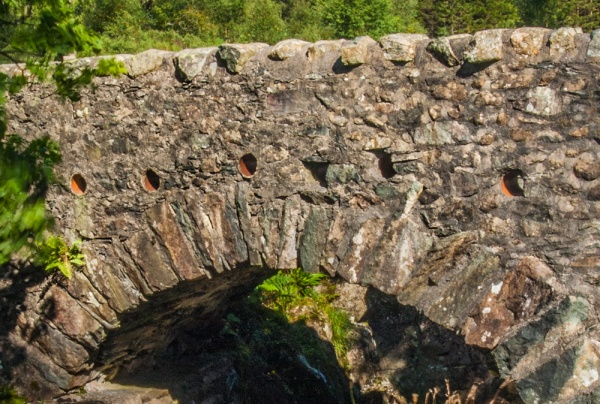 Drainage channels in the bridge parapet

The bridge is listed Grade II for its historic interest. The roadway is 2.5 metres wide. The narrowness of the bridge has caused some problems over time; according to a local tale there was a resident of Birks who used to go into the Newfield Inn in Seathwaite for drink or three, and when he tried to drive his horse and cart home after too much to drink he would regularly become stuck on the bridge.

Immediately before you reach the bridge (heading north from Seathwaite) you come to a small parking area. 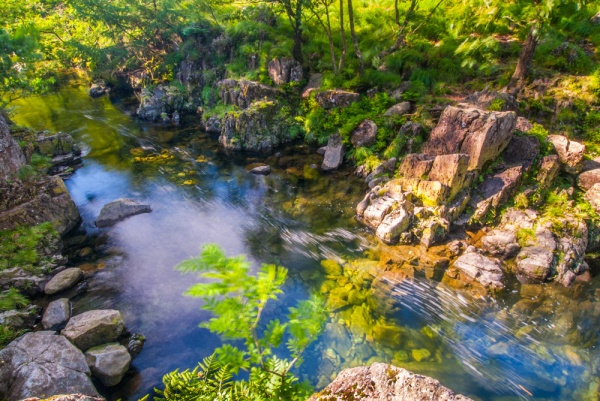 The River Duddon below the bridge

Further north of the bridge is a Forestry Commission parking area and a picnic site. The National Trust owns large tracts of woodland on the west side of the Duddon, and there are signposted footpaths through the woodland.

About half a mile north of the bridge is a set of stepping stones across the river - easy to walk across when the water is low but impossible after heavy rain.

If you continue north from Birks Bridge for another mile you come to another picturesque stone bridge at Cockley Beck.

Birks Bridge has become popular in recent years as a place to indulge in wild swimming, though I wouldn't fancy it if the river is swollen after heavy rain.

NB
Don't confuse this Birks Bridge with a bridge of the same name near Lake Windermere. 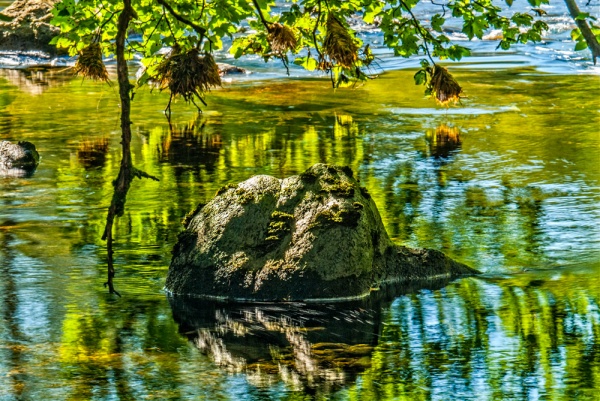 Clear, shady water below the bridge 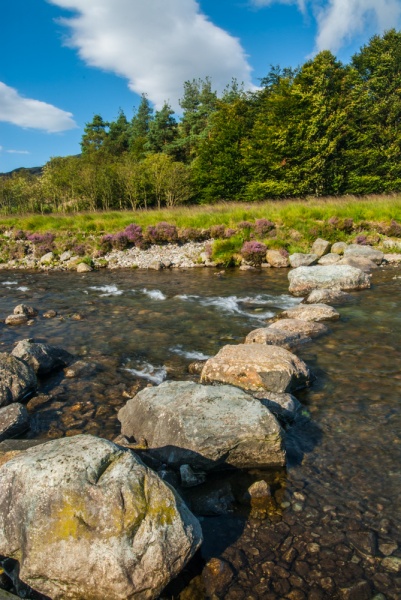 Stepping stones across the River Duddon

More self catering near Birks Bridge

Self Catering near Seathwaite