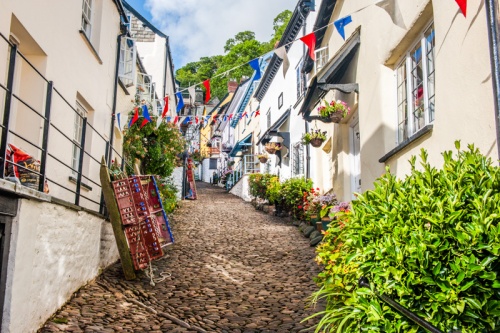 It is rare that an entire village can be a tourist attraction, but that is the case here. It is hard to define a single compelling attraction at Clovelly, but nevertheless a visit is a treat not to be missed! This utterly charming and much-photographed fishing village is built onto cobbled streets so steep that for many years donkeys were the only form of access.,/p>

Much of the appeal of Clovelly lies in the beauty of the small, whitewashed cottages, festooned with flower baskets, and in the fabulous views that the steep streets give out over Clovelly Bay. Two inns in the village offer food and accommodation to visitors.

At the top of the hill is this peaceful memorial to the men of Clovelly who died in the First World War. Mount Pleasant offers superb views out over the Bay.

Designed by a cousin of the Queen, this public water fountain was erected in 1901 at the top of the village's main street. Clovelly's famous donkeys often pose for visitors beside the fountain. 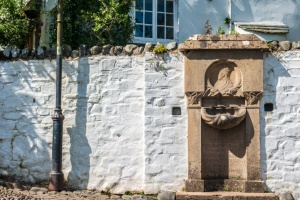 This very small house of worship was built in 1846 for those inhabitants unable to walk up the hill to the parish church. Located up an alley past the Fisherman's Cottage. 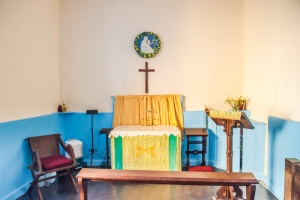 A recreated traditional cottage showing how a fisherman's family would have lived in the 1930s. There are 2 rooms on the ground floor; a sitting room and a kitchen, while upstairs are a pair of bedrooms and a passage to the neighbouring museum. 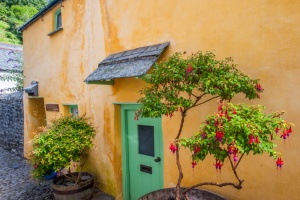 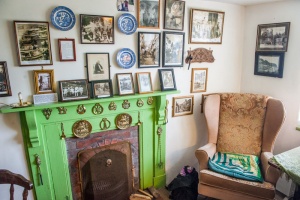 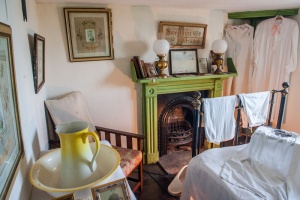 A small museum and shop dedicated to Victorian author Charles Kingsley, who lived in Clovelly during his childhood and returned again as an adult. Kingsley's work Westward Ho! did much to popularize Clovelly as a destination for visitors. 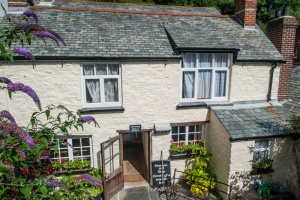 This striking cottage is delightfully decorated with wooden carvings brought from Oberammergau in Germany. 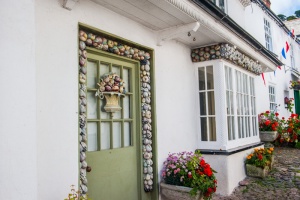 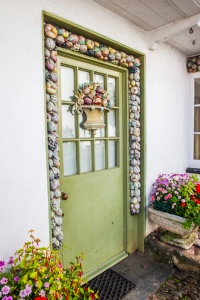 This was once one of only two RNLI lifeboats with a permanent crew. Weather along the North Devon coast could be so bad that a permanent crew was needed to row out to Lundy Island when storms threatened and moor to leeward in case their rescue services were needed. Can be visited by pre-booked group tour or school visits. 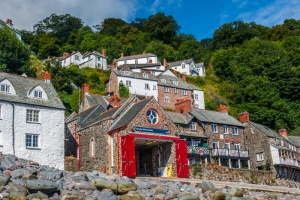 A few hundred yards walk east along the shingle from Clovelly Harbour brings you to a lovely waterfall cascading down the cliff face. Access is pretty easy, though the beach stones can be slippery when wet. You can see the waterfall easily from the outer edge of the quay. 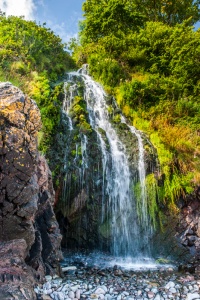 The cobbled street passes directly under the cottage, passing through an arch beneath its kitchen and dining room. 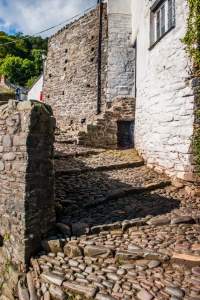 Located on the very edge of the harbour, almost beside the RNLI lifeboat station is the oldest building in Clovelly, named for a well-known fisherman's widow. Facing Crazy Kate's Cottage, on the edge of the quay, is the Red Lion inn, an attractive 18th-century hotel and restaurant. 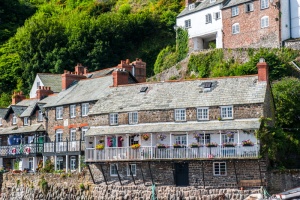 Built in the 14th century, this curving stone quay partially encloses and protects anchorage for fishing and pleasure vessels. Depending on the tide you will see boats bobbing at anchor or stranded by the retreating water, chained from both ends of the quay so they don't get blown adrift. You can walk out to the very end of the quay for wonderful views of the whole village and along the coast. 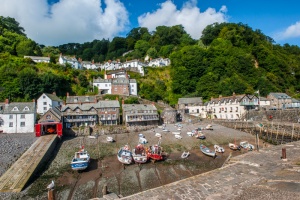 Aside from these buildings, the entire village is an attraction in itself; everywhere you look are pretty whitewashed cottages and flower-bedecked buildings. Many of the buildings along the main street are shops aimed at the tourist trade, but if you peer down cobbled alleys you will see that this is very much a living, working village, not a theme park!

One of the most interesting things about Clovelly is how people have evolved ways to easily transport goods up and down the hill. The preferred mode of transport seems to be small sledges, often made with old plastic crates fixed to curved wooden runners like a winter sledge.

I chatted to a fellow hauling building supplies down the cobbled street and he told me that it was by far the easiest way to carry goods up and down the steep hill, and the runners just slid over the cobbles like skate blades on ice.

Admission to Clovelly village also gives entry to Clovelly Court Garden, a restored Victorian walled garden beside the historic manor house. Next to the garden is 13th century All Saints church, which is well worth a visit.

I've visited Clovelly at several different times of the day and I much preferred early morning, before the village is overwhelmed with throngs of visitors. On one occasion I was the first person through the gates - the clerk had to turn on the cash registers for me. My reward for arriving early was that I almost had the cobbled streets to myself, and could really soak up the atmosphere of this beautifully picturesque place. 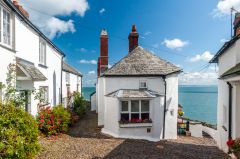 More self catering near Clovelly

More bed and breakfasts near Clovelly

Self Catering near Clovelly