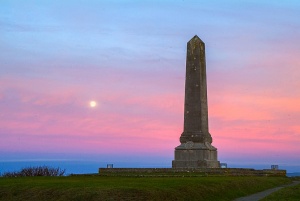 The Isle of Portland is not an 'isle' at all, but a peninsula joined to the mainland of Dorset by the narrow spit of Chesil Beach. To the east of Chesil Beach the peninsula curves to form a sheltering bay for Weymouth harbour.

On the shore, facing Weymouth, is Portland Castle, a naval fortification built by Henry VIII to control the entry to Weymouth. This is one of the best-preserved of Henry's string of coastal defences built to protect England from possible French attack during the early 16th century.

An older fortification is Rufus Castle, a striking Norman Castle built on a rocky promontory overlooking Church Ope Cove. The castle is named for William II, called 'Rufus' for his red hair. Rufus Castle is located on top of high cliffs, but a path descends the cliffs to a ledge halfway down, where you will find the ruins of a 12th-century church.

Near the beginning of Church Ope Road stands the Portland Museum, a picturesque thatched building, with displays covering the long history of the Isle.

Portland is famous for 'Portland stone', a much-prized limestone carved from local quarries for centuries. Most of the quarries now lie abandoned, but one has been turned into a sculpture park, with art by local sculptors scattered along trails through the old stone workings. Some of the trails skirt the cliffs overlooking Chesil Beach, and the scenic beauty of the location makes it well worth the walk.

Almost in the centre of the island stands St George' church, a beautiful 18th-century building with one of the finest Georgian interiors of any church in England. One unusual, and possibly unique, feature of St George's is that there are two pulpits, one on either side of the central aisle. Look for the monument to those who died in the 1803 Easton Massacre, when navy press gangs tried to capture local quarrymen to serve on their ships.

At the southern tip of Portland is a famous lighthouse situated on a rocky outcrop known as Portland Bill. 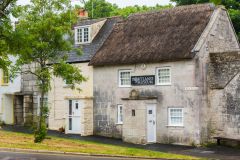 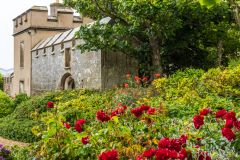 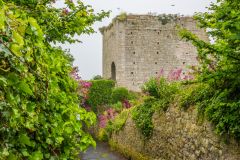 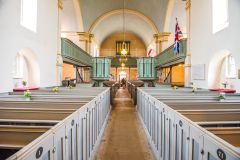 Nearest Accommodation to Isle of Portland:

More self catering near Isle of Portland

More Hotels near Isle of Portland

More bed and breakfasts near Isle of Portland

Self Catering near Portland