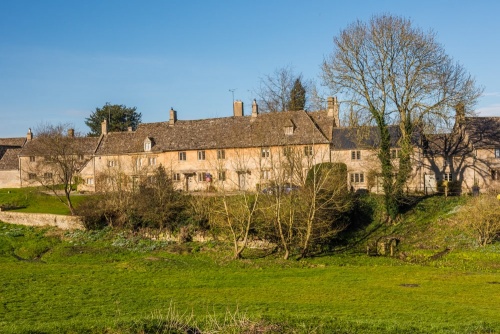 Little Barrington is a picture-perfect Cotswold village in north Gloucestershire with honey-toned stone cottages arrayed around a wide village green. The village is separated from neighbouring Great Barrington by the peaceful River Windrush.

On the northern edge of the village, standing on the south bank of the Windrush, is the Fox Inn, a picturesque country inn dating to the 18th century. On the A40, away from the quiet village centre, stands the Inn for All Seasons, a 19th-century inn that, like the Fox Inn, is listed Grade II for its heritage value. 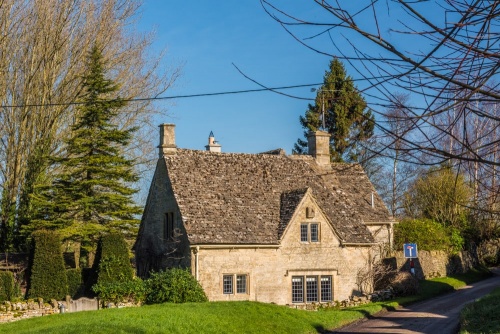 The manor of Little Barrington may be that referred to in the Domesday Book as belonging to William Goizenboded. By the 13th century Little Barrington formed part of the estates owned by the Knights Templar of Temple Guiting. The rectory estate was at one time held by Llanthony Priory, which also held Great Barrington manor.

The Barringtons, Great and Little, were originally one large parish. As the name suggests, Little Barrington is the smaller of the two villages in terms of population.

The parishes were combined in 1935 to create the civil parish of Barrington, though today the villages are quite separate communities. 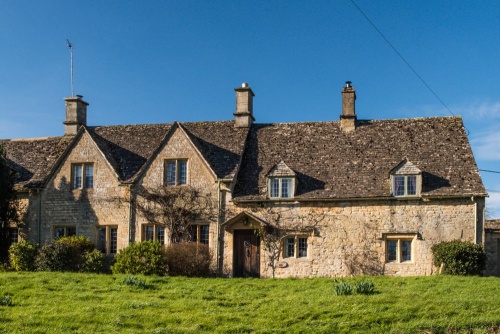 The oldest houses stand to the south-west of the green. These date to the 16th and 17th centuries. On the east and north-west sides of the green are a range of 17th and 18th-century cottages. Just east of the church is Minnow Lane, where seven charity cottages were erected in the 19th century. On Middle Road, beyond the Minnow Lane junction, is the manor house of Barrington Grove, a large 17th-century house that was for centuries home to the Hurst family.

On the edge of the village green is a cast-iron Victorian-era village pump with a stone trough. On the eastern edge of the green is a classic K9 telephone kiosk, also listed Grade II by English Heritage for its historical interest. 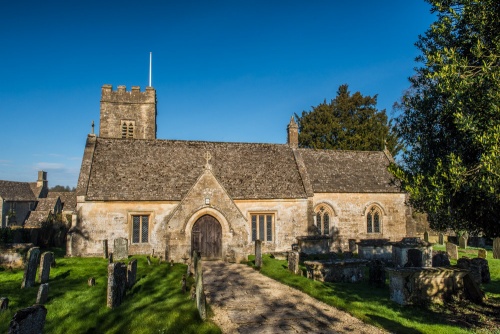 The 12th-century church of St Peter

The Grade I listed parish church of St Peter is located up a quiet country lane from the village centre. It dates to the Norman period and boasts a 12th-century carving of a stone head, a Norman doorway, and Georgian wall paintings.

There are panels of 14th-century glass in a north aisle window and traces of 12th-century wall paintings. Set into the north wall is a Norman tympanum depicting Christ flanked by ministering angels.

Look for the 18th-century Tayler monument on the east wall of the south porch, which incorporates medieval carvings. 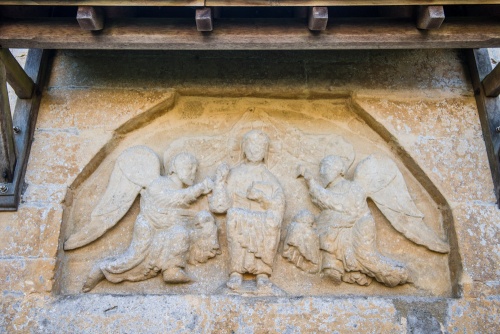 The Darcy Dalton Way long-distance footpath runs on a north-south axis through Little Barrington and crosses the River Windrush at Barrington Mill. Footpaths also link the village to Windrush village, one mile to the west.

Little Barrington is just a few miles from our family home, and we've enjoyed some wonderful family walks between the two Barringtons. This is a peaceful and picturesque part of rural England, a place of timeless beauty.

Little Barrington is immediately north of the A40, about three miles west of Burford. It can also be reached by a minor road from Windrush village to the west or from Great Barrington to the north. There is limited parking along the verge of the village green.

More self catering near Little Barrington