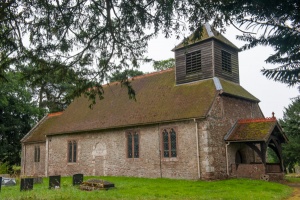 One of the three oldest churches in the county of Herefordshire, St Leonards dates to well before the Norman Conquest and was recorded in the Domesday Book of 1086. The most obvious reminder of the age of the church is herringbone masonry in the north wall, and the blocked north doorway, topped by a fragmented lintel made up of three roughly-hewn blocks of stone with a tympanum made from square stones set on a diagonal angle to form a trellis pattern.

The walls are of local sandstone rubble with corner and window dressings of porous tufa quarried near Clifton on Teme. The chancel was rebuilt in the 13th century, and the nave extended westward in the 14th century, when the timber-framed west porch was added. The south wall of the nave is much later, being rebuilt around 1723.

The bell turret is 18th century, but the bells are considerably older; one is probably 14th century and the other in a peculiar 'flower-pot' shape dated to the early 13th century. The original headstock for the bells is on display by the blocked south door inside the church. Against the east wall is a grave stone dated 1750 and shows the word 'eternally' inscribed as 'eturnially'. Perhaps the stonemason was illiterate? 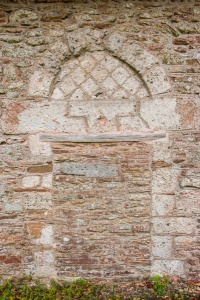 Within the church, a very simple late Saxon tub font is set by the base of the stairs leading to a Georgian west gallery. The nave is packed with attractive Georgian box pews, and the carved pulpit is also Georgian. The nave roof is a beautiful example of timber framing. The plain chancel arch is made from tufa and dates to the 13th century. The chancel is decorated with carved oak dado panelling from the 17th century, and there are attractive Commandment boards set on either side of the altar.

One of the most interesting features is a set of three 17th century wall monuments to the Colles family, in neo-classical style with broken pediments supported on Ionic and Corinthian columns. The earliest of the Colles memorials is that of John Colles (d. 1641) and the youngest is that of Sara Colles, dated 1672. The Colles family built the original Hatfield Court, now vanished and replaced by Hatfield Court Farm.

If you set your satnav for the centre of Hatfield, expecting to find the church, you will be disappointed. As we discovered by chance, the church actually stands well to the west of the hamlet, at the junction of the road to Grafton. St Leonards is usually open daylight hours. 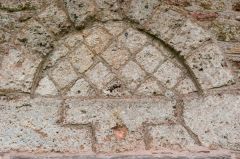 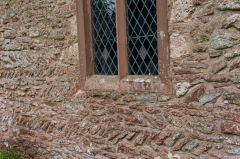 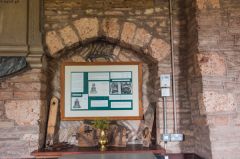 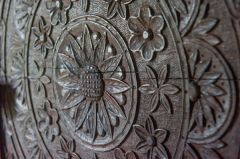 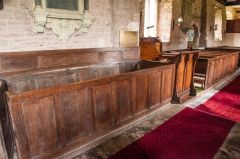 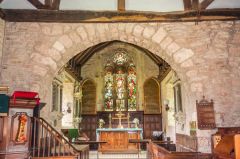 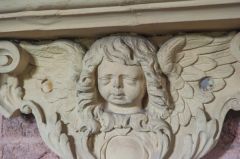 More self catering near Hatfield

More bed and breakfasts near Hatfield