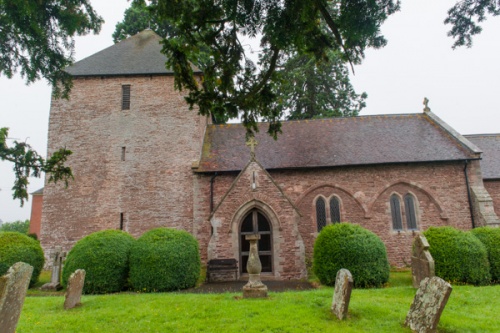 Thornbury village is spread out, so that few cottages encroach on St Anna's churchyard, enhancing a feeling of ancient slumber and isolation. The church shows its early origins at first glance, with a short and a sturdy west tower dating to the 13th century.

Restoration of the chancel in the Victorian period revealed traces of an even earlier Saxon building beneath the current Norman structure.

The Victorian rebuilding took place in the 1860s when a tall spire was added atop the tower. By the 1950s the weight of the tower was pushing the walls outward so the spire was replaced by the present pyramid roof.

The thick walls of the tower and narrow slit windows on the south and north walls suggest that it was designed with defence in mind. The south wall was originally an arcade between the nave and a Lady Chapel, but the chapel was removed during the Reformation and the arcade arches filled in. 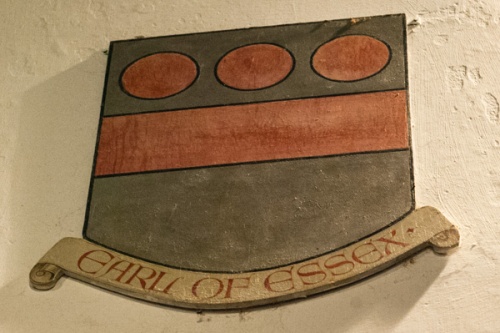 Scratchings on the frame of the doorway are thought to have been caused by consecrated oil used by visiting bishops. Just inside the doorway is a simple tub font of Norman date, with a wide frieze of lozenge decoration just below the rim.

Tucked against a wall is a wooden bier, built in 1667 and used until the early 20th century for carrying the dead.

There are two piscinas in the chancel, either side of the altar. One of these was probably moved here from the nave. Armorial panels decorate the north wall of the nave, including that of Robert Devereux, Earl of Essex. Devereux was a favourite of Elizabeth I and was born in Thornbury parish. 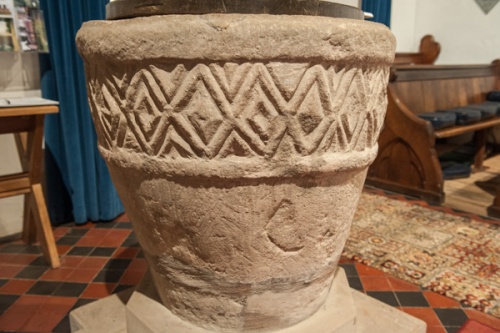 There is a simple wall tablet to rector Robert Burnham (d. 1773) erected by his wife Elizabeth, and another memorial to William Burnham, who died in 1780 at the age of 60.

Probably the most interesting historic feature at Thornbury is a blocked north doorway, best viewed from the exterior. This doorway shows a round Norman arch and blank tympanum, with chevron carvings on the outer arch. There is a volute carving on the east capital and saltire crosses on the west abacus. 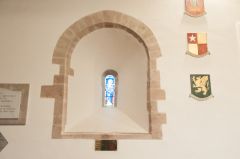 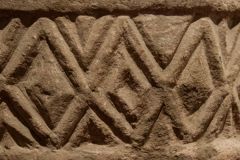 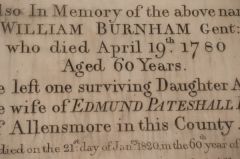 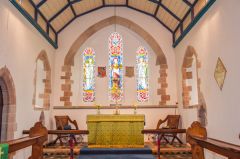 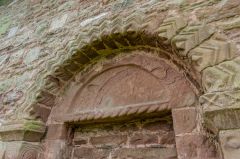 More self catering near Thornbury

More bed and breakfasts near Thornbury