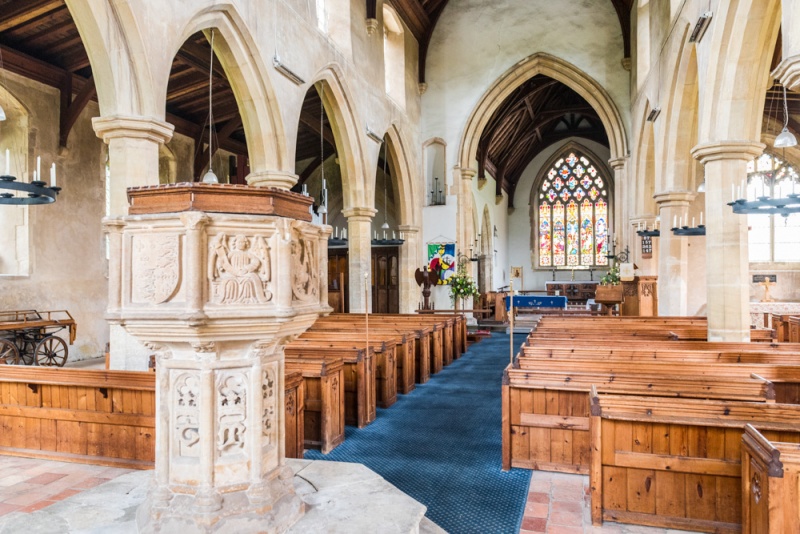 St Martin's church dates to the 14th century, with a tall west tower, a nave with north and south aisles illuminated by a high clerestory with large Perpendicular windows. It was built, or rebuilt, just before the Black Death of 1348.

The tower is a mystery. Many towers have an older section at the base, and newer stages added at the top. At Hindringham the process is reversed; the large tower arch and west window are newer than the belfry windows above. This is probably the result of an accident in 1386 when the tower collapsed, damaging the nave. The base was rebuilt in fashionable Decorated Gothic style, but the belfry windows were reused from the original tower.

One curiosity is the clock, which was meant to be installed in 1897 to commemorate Queen Victoria's Diamond Jubilee, but the parishioners could not agree which way it should face so it was not actually installed until the following year. 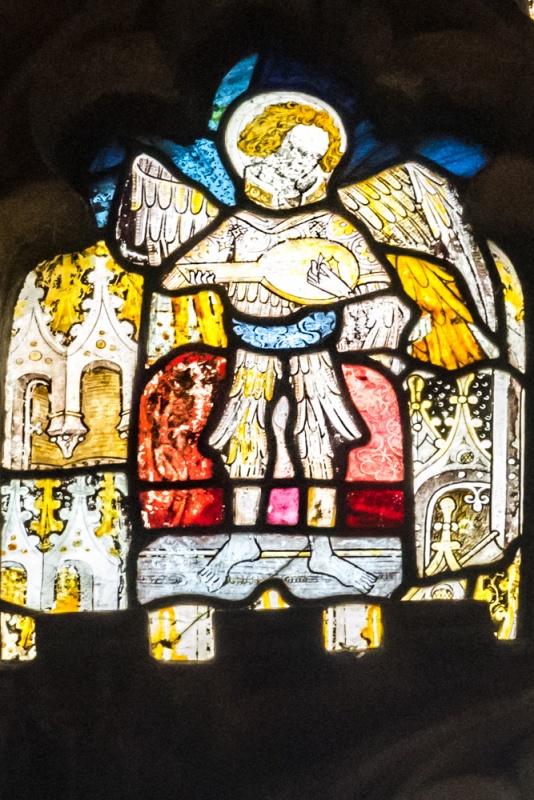 15th-century glass of an angel playing a rebec

In the porch is a beautifully carved holy water stoup. Inside the church, where a stair once rose to a chamber over the porch, is a grave slab bearing a brass inscription to William Kerr, who died in 1499.

One window in the south aisle contains original 15th-century glass, with fragments depicting angels. The angels are identifiable by their feathered costumes, a common motif in the late medieval period, when mummers wore feathered costumes to play angels in mystery plays. One of the angels plays a rebec, a kind of medieval fiddle.

By contrast to the medieval glass is the superb east window, with wonderful Victorian glass by Ward & Hughes, installed in 1862. The glass depicts scenes from the life of Christ, while above are Biblical scenes from the Old Testament. 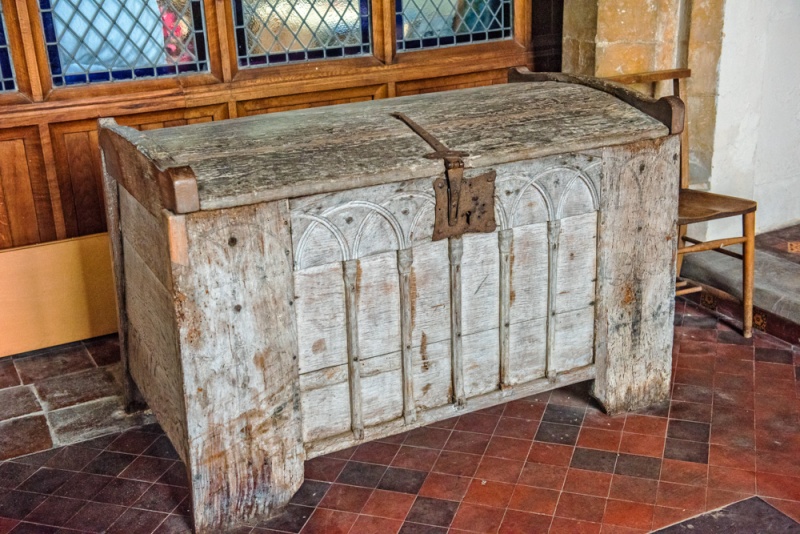 The most fascinating historic feature is an ancient 12th-century chest. Most medieval parish chests are plain, but not so at Hindringham. The chest is beautifully carved, in the style of a Norman font, with blind arcades on the front and rosettes on the end panels. It is unlike any other medieval chest I have seen in any English parish church. It has been dated to 1175, which would make it one of the oldest oak chests in Britain.

Beside the chest is a small framed quote from 'A History of Oak Furniture' by Fred Roe, R.I., which says '... it is probable that the earliest coffer remaining in England which is decorated with any carving is that in Hindringham Church, Norfolk'

A local tradition says that the chest came from Binham Priory, a few miles to the north.

Another interesting historic feature is the octagonal 15th-century font, with carved panels depicting the symbols of the four Evangelists alternating with heraldic shields. Most of the carvings are well-preserved, but a panel depicting the Crucifix was damaged in the Reformation.

The nave roof is 15th century, though greatly restored. By contrast, the high altar is made of cedar and cypress timbers grown on the Bayfield Hall estate. It was crafted by estate carpenters and donated to the church by Sir Alfred Jodrell.

There are some very good 16th and 17th-century ledger slabs, including one to Margery Browne, who died in 1697. Her slab lies beside that of her husband, the delightfully named Riches Browne. An older slab commemorates John Nabbs (d. 1665) and his wife Elizabeth (d. 1663).

I came to Hindringham to visit the beautiful moated Tudor manor of Hindringham Hall. When I was leaving the village heading north towards Binham I saw the tower of St Martin's church ahead of me. On a whim, I pulled over into a small parking area in front of the churchyard gates and set out to explore. I was so glad I did. St Martin's is a lovely historic building, full of historic interest. The 12th-century chest, in particular, is an amazing historical survival. 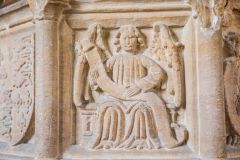 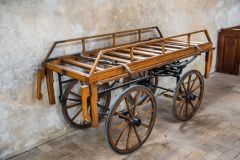 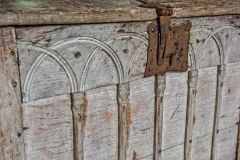 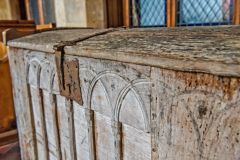