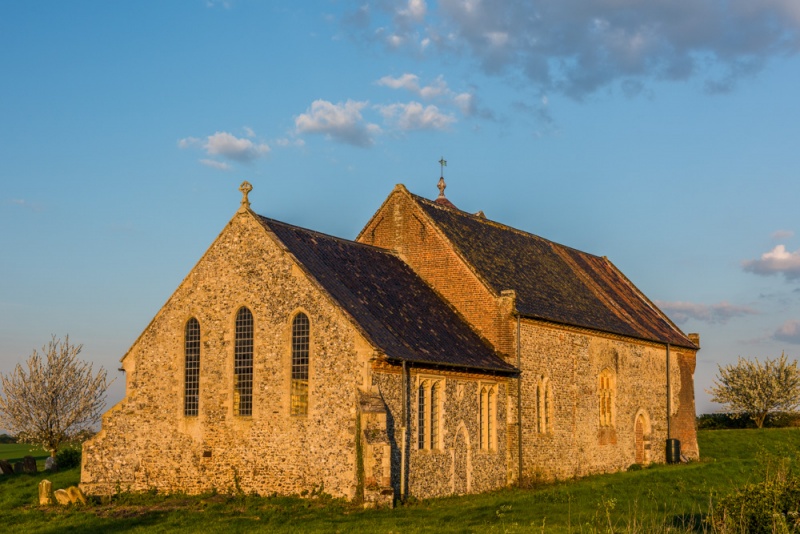 I was driving north through the early dawn light, past the sleeping village of Little Snoring, Norfolk, on my way to photograph the harbour at Wells-next-the-Sea. As I left the village I came around a corner and in front of me I saw the round tower of St Andrew's church lit by the golden light of the sun as it just cleared the horizon.

It was a stunning sight, and I just had to stop and photograph the church. Not surprisingly for that time of morning, when most sensible people are tucked up in bed, the church was locked, but I vowed to come back later that day when it was open and explore.

I was so glad I did, for St Andrew's is a delightful church, full of historic interest, not least the detached round tower, a relic of the late Saxon or very early Norman period. It is one of just two English churches with a detached round tower, the other being at Bramfield in Suffolk. In the tower is a single bell, cast in 1770 by the Pack and Chapman company of London.

If you look at the exterior of the tower you can clearly see that it was once attached to another building on the east side. It seems certain that there was a very early church built at the same time as the tower. For some reason, that church was torn down, and the present church built, but never connected to the tower. Perhaps the Saxon church was destroyed by fire, or perhaps it simply proved too small for the community. 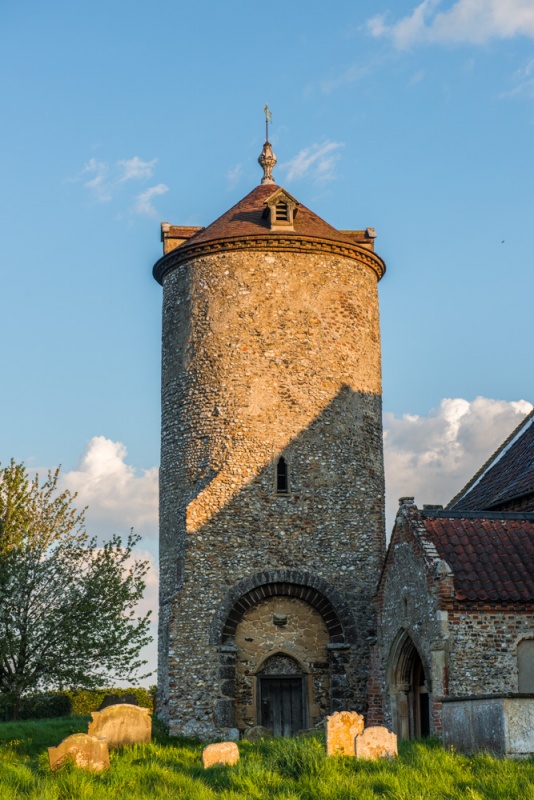 The late Saxon detached round tower

A note on the delightful village name is in order. It has nothing to do with a noisy sleeper, but comes from Old English for 'the settlement of Snear's people', Snear probably being a Saxon invader who settled here in the 5th century, when this area of Norfolk was overwhelmed with European invaders after the departure of the Roman legions.

The round tower was not so much a statement of architectural style as it was a necessity. The local people had to build with whatever materials they could find close to their village, and the only suitable stone for building a church was flint.

It is very hard to make solid corners using flint, so instead of a rectangular structure they built a circular tower. Many round towers also served double-purpose as lookout towers, keeping watch for invaders along the coast.

The flint was augmented with reddish-brown carr stone, a kind of sandstone with iron ore in it. The carr stone was probably brought in flat-bottomed boats up the Stiffkey River, to within less than a mile of Little Snoring.

You enter through the south doorway, under a very peculiar doorway made of three arches. The innermost arch is a round-headed very plain Norman arch. It is set within a larger triangular arch, possibly assembled with stones from a rounded arch. at the apex of the triangle is a carved figure of a lion's head. Outside this triangular arch it another rounded arch, carried on Early English capitals, each carved with a different design. 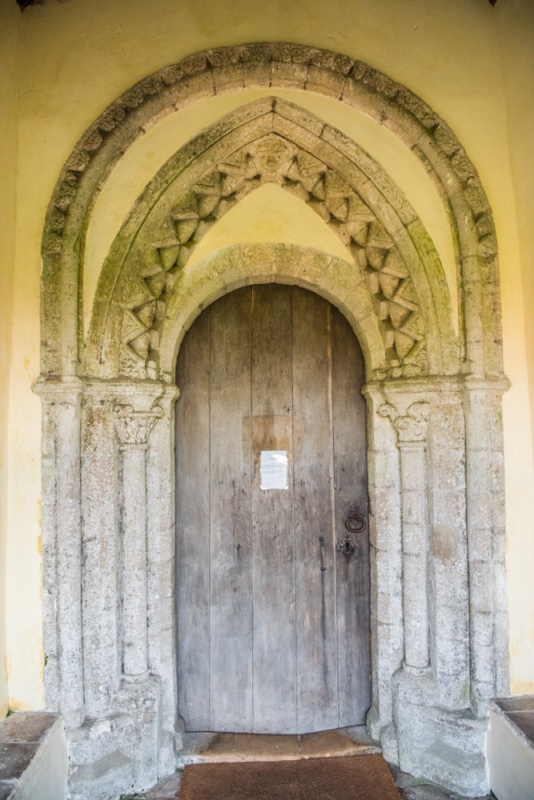 Inside the church is a beautifully carved Norman font with a round bowl decorated with symbols of foliage. Over the south doorway is a rare royal coat of arms painted during the short reign of James II and dated 1686.

At the west end of the church are boars listing sorties flown by the RAF when an aerodrome was established in the field north-east of the church in WWII. The boards were brought here from the RAF Officer's Mess when the air base was demolished. A plaque on the wall reminds us of the air force presence. It reads, 'This church was used for worship by the Royal Air Force during 1944 and 1945'.

The pulpit is made of mahogany and dated to 1780. Set into the chancel floor is a black ledger slab to Benjamin Lane, a former rector who died in 1774. The epitaph tells us that Lane 'was as good a parish priest as perhaps ever lived'. Another ledger slab commemorates John Wright, who died at the age of 42 in 1742.

The large east window dates to around 1250, as does the nearby angle piscina on the south wall of the chancel.

St Andrew's is a wonderful country church, with a wealth of historic interest. I am so glad that I discovered it. 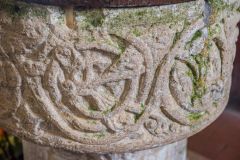 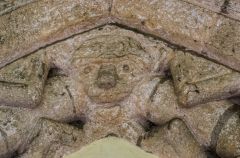 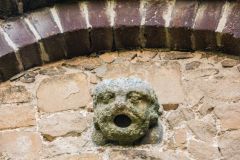 Self Catering near Little Snoring