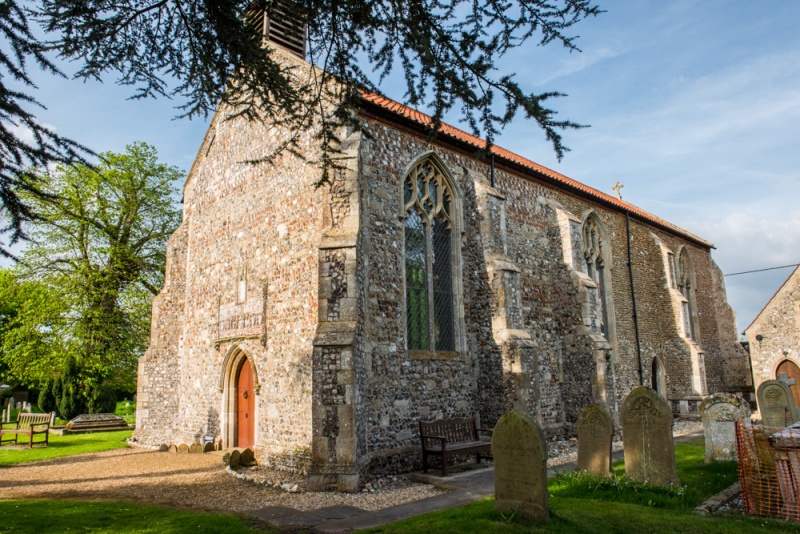 St Peter's church stands in an isolated part of Neatishead parish, well away from the village it serves. The village was recorded in the Domesday Book of 1086 as Snetesherd, from the Old English for the head of a stream. The stream, in this case, is the Inet. we do not know when the first church was built but the first written record comes from 1301.

Like other churches in Norfolk, St Peter's was extended during the late medieval period, when the booming wool trade brought wealth to the region. Unfortunately, those heady days did not last, and by the 17th century Neatishead village was slowly becoming depopulated. As a result, St Peter's was allowed to decay. In 1695 the churchwardens sold a pair of cracked bells, which may have become damaged when falling from the decaying tower.

In 1790 the churchwardens took the decision to pull down the nave and convert the chancel to serve as the entire church.

In 1990 the church was restored again in honour of the bicentenary of the 1790 restoration. Part of the modern restoration involved installing a new set of pews gathered from redundant churches in the area. One of the stalls in the chancel sports a grotesque carving of a winged beast holding a human head in its mouth. 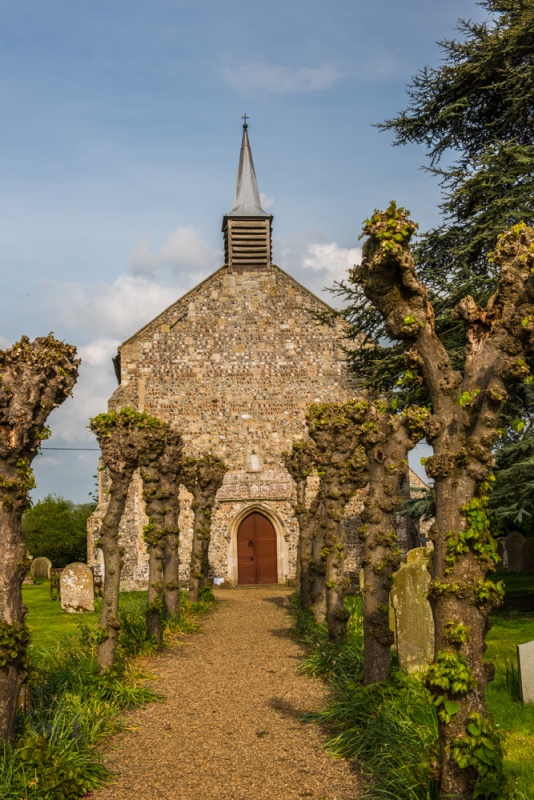 The avenue of 14 memorial lime trees

Despite the restorations there are several surviving historic features, including a 14th century font, its bowl carved with traceried arches, with more arches on the central stem.

The pulpit dates to 1567 and is made with beautifully carved linenfold panels. The wine-glass base is modern, but in the same style as the original Tudor base. Set into the pulpit are two coins, one dated 1790 and the other dated 1990.

The east window and reredos are Victorian, and on either side of the window are 19th century Ten Commandment boards.

There are very few old monuments inside the church, but we did notice one nicely carved ledger slab to Thomas Reeve, who died in 1771. The epitaph tells us that he 'was content in retirement, and happy without greatness. His life was unblameable, his death comfortable'. 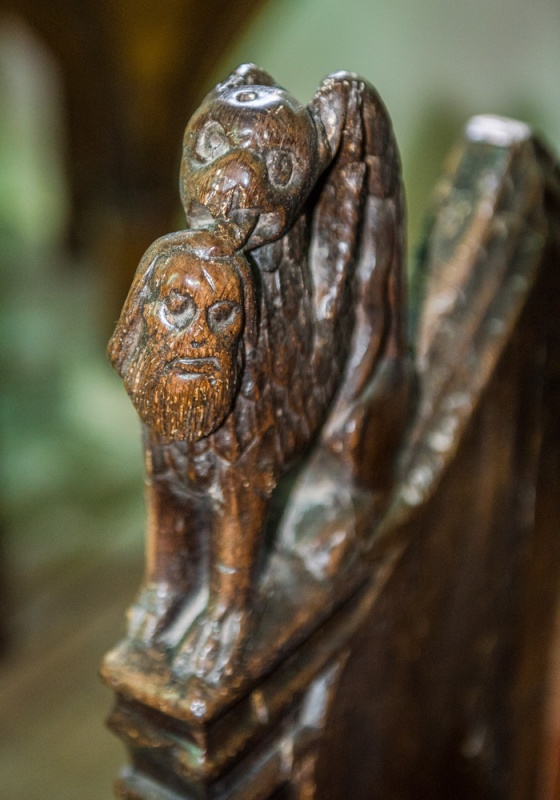 One unusual feature is part of a medieval tomb set above the west doorway. The tomb base is carved with figures of praying angels. Over the carvings is a datestone inscribed 1790, with the names of the churchwardens who led the 18th-century restoration. At the south-east corner of the church is a school room added in the late Victorian period.

The path leading to the west door passes through an avenue of 14 lime trees, one for each man of Neatishead killed during WWI. It is a very poignant reminder of the terrible cost of the war. But wait ... there are 14 trees, but only 13 names appear on the war memorial plaque inside the church.

Why the disparity? One theory is that the villagers did not want to plant 13 trees, simply out of superstition. Or perhaps they simply wanted nicely symmetrical rows of lime trees and 14 divided neatly into two rows?

Many of the fallen WWI soldiers have individual wall monuments inside the church. Among them is William Easton, who died in 1916 while serving a stretcher-bearer for the 1st Norfolk regiment near Rouen. Nearby is a brass plaque to Stewart Rose, who was killed in action at Arras in 1918. Another plaque honours Frederick Jolly of the 15th battalion Royal Worcestershire Regiment, who died of wounds received in action on 11 August 1916.

St Peter's is usually open to visitors during daylight hours. Its a very pretty church, in a beautiful Broadland setting. Perhaps not architecturally as magnificent as some churches in the area, but still full of historical interest. 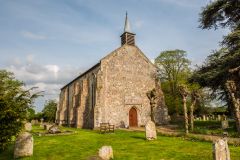 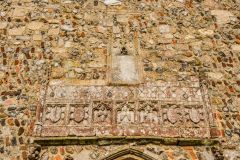 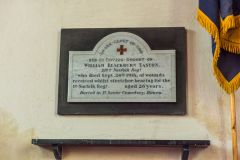