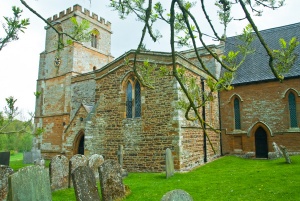 St Michael and All Angels, Winwick

St Michael's church is built to a cruciform plan, with a Perpendicular west tower. The church dates to the 13th century, though the chancel was dismantled in 1853 and replaced with a larger version in the Victorian Gothic style so popular in the late 19th century. The architect for this Victorian work was EF Low.

The nave roof is interesting, with moulded tie beams on posts, with a large carved boss in the middle of each beam. There are more moulded bosses in the transepts as well.

In the north transept are a pair of very nice early 18th-century wall monuments to members of the Craven family. The first is to Sir William Craven (d. 1707) and is decorated with Corinthian columns flanking a central tablet. The second is to Maria Craven (d. 1737). Sir William Craven is also remembered by a black leger stone at the base of the chapel steps.

These Georgian monuments are relative newcomers compared to the 13th-century tomb recesses in each transept. These are very plain and sit beneath Early English windows. I loved the simple Georgian wall tablet to Catherine Pepperell (d. 1779), wife of Reverend Henry Pepperell, with its simple epitaph 'Life how short, Eternity how long'. 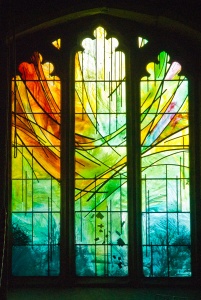 Over the chancel arch are a pair of attractive Victorian painted panels in quatrefoil design, depicting the Ten Commandments.

Winwick is famous as the home of the author Sir Thomas Malory, who was lord of the manor in the late 15th century. Malory is remembered as the author of the romance 'Le Morte d'Arthur'. Printed by William Caxton in 1470, the Morte was the inspiration for Tennyson's Idylls of the King, and indeed the inspiration for every subsequent story of King Arthur and Camelot.

I don't normally get excited about modern additions to church furnishings, but I'll make an exception in the case of Winwick church, for one of the most recent additions to the church is a very striking west window of modern stained glass by Jane Campbell.

The window was commissioned to mark Millennium celebrations in 2000 and the result is an exceptional piece of modern stained glass art inspired by an aerial view of the village. I was not at all surprised to learn from the informative church guide that Campbell's window has already been called nationally important; it truly is a memorable work of art, and to see the sunlight streaming through the vividly coloured stained glass is a treat not soon forgotten. 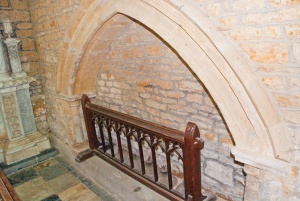 A Haven for Eloping Couples

Was Winwick the 'Gretna Green of Northamptonshire'? Possibly, for records show that during a period in the 16th century there were many more marriages performed in the church at Winwick than there were eligible bachelors and spinsters in the parish. The inevitable conclusion is that runaway couples eloped, not to the famous blacksmith's forge in Scotland, but to quiet little Winwick.

St Michael's is a simple church, not blessed with any great abundance of historically significant features, but a very nice country church in a lovely rural setting. 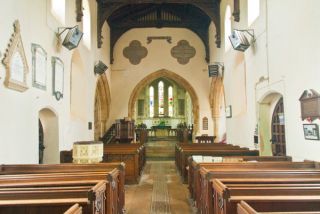 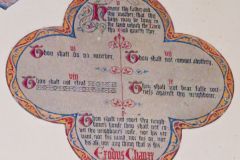 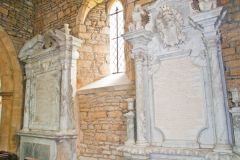 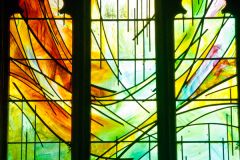 More self catering near Winwick

The Granary at Fawsley - 11.3 miles
Daventry, Northamptonshire
Stay from: £50.00

More bed and breakfasts near Winwick