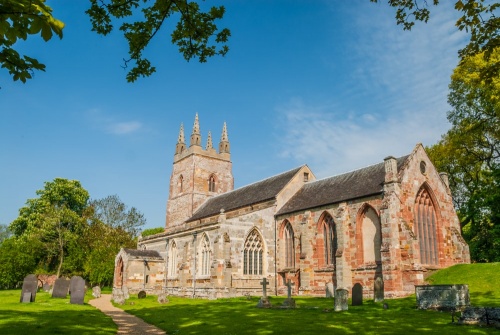 The village of Stanford lies on the east bank of the River Avon in Northamptonshire, across the river from the manor house of Stanford Hall, which is in Leicestershire. There was a church here in the late Saxon period but nothing of that early building remains. Shortly after the Norman Conquest, the church was given to Selby Abbey in Yorkshire.

The connection with Selby Abbey was still there in 1307 when the Abbot of Selby appointed his own nephew, Alan de Aslaghby, as the new vicar of Stanford on Avon. De Aslaghby decided to rebuild the church in Gothic style, sweeping away the earlier nave, aisles, and west tower, but retaining the chancel (though he did enlarge the chancel windows).

Work was still not complete when the Black Death came to Stanford in 1349. The workmen died and the tower was left unfinished until many years later.

The most famous vicar of Stanford was Wiliam Laud, who was appointed in 1607. He later rose to be Archbishop of Canterbury and was responsible for major reforms of Anglican worship. 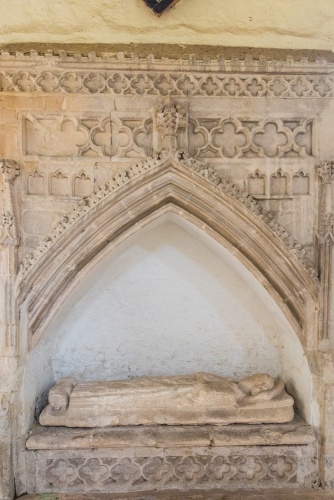 One of the most interesting features of St Nicholas' Church is the chancel roof, made with roughly hewn Norman timbers. For centuries the timber roof was hidden beneath a plastered ceiling and it was only revealed when the plaster was removed in 1909.

The chancel stalls may also be Norman. Like the roof beams, they were made of solid oak trimmed by an adze. One of the seats boasts a misericord; a carved underside decorated with a floral pattern. Look for holes in the desk made for chains, which secured Bibles in the days when books were a rare and valuable commodity.

Lining the chancel walls are 16th-century oak panels brought from the old Stanford Hall when it was torn down in 1689 to make way for the present Hall. In the sanctuary are a set of Flemish chairs carved with symbols from the Stations of the Cross.

The altar table used by Rev Laud is still in use, and behind it is a 14th-century reredos. To the left of the altar is an outstanding memorial to Sir Thomas Cave and his wife Eleanor St John, dated 1613. The couple appears under a canopy while below are figures of their five sons and three daughters. To the west of the main monument is a cenotaph to their eldest son Richard who died in 1606 at just 19. 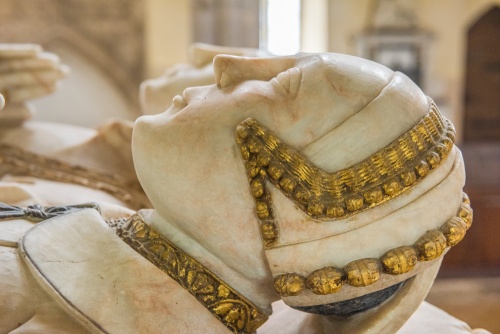 Above Rev Laud's altar is the richly coloured east window. The stained glass here is superb. The upper half dates to the early 14th century, during the reign of Edward II. The bottom half is later, from the Tudor period. The five lower panels were found in a chest at Stanford Hall where they had probably been put for safekeeping during the Civil War. One side depicts Henry VII while the other shows his queen, Elizabeth of York. Surrounding them are traditional Tudor symbols such as the portcullis and the Tudor rose.

The chancel screen dates to the 15th century and comes from Lutterworth. The original Stanford chancel screen was broken up and lost. Fragments were discovered in different locations including Stanford Hall and brought together to form the screen under the eastern arch of the nave, close to the pulpit.

In the south aisle is a medieval recess holding the 14th-century effigy of a priest in vestments. This is probably Alan De Aslaghby, the man responsible for the church we see today. His effigy rests atop a stone sarcophagus. Nearby is a 14th-century piscina. At the west end of this aisle is a richly carved marble monument to Baroness Sarah Braye (d. 1862) by Mary Thornycroft. 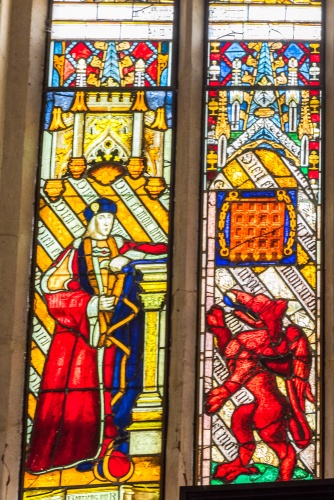 On the opposite side of the tower arch is a marble monument to Robert Otway Cave (d. 1844), sculpted by Sir Richard Westmacott. Between the two Victorian monuments is the 14th-century font, at the west end of the nave aisle.

Occupying most of the space under the high tower arch is a superb 16th-century organ supported by an oak gallery. This is one of the oldest organs in any English church. But how did it come to be here?

The organ once belonged to King Charles I and stood in the Chapel Royal at Whitehall Palace in London. After Charles was executed in 1649 his belongings were sold by Oliver Cromwell. The organ was purchased by Magdalen Colege, Oxford.

Someone in the College must have had a red face over the purchase, for it proved to be too small for their needs and they sold it on to Sir Thomas Cave of Stanford Hall in 1649/50. On the top of the organ is a carved mitre topped by a crown, a reminder of the king's belief in the Divine Right of Kings. 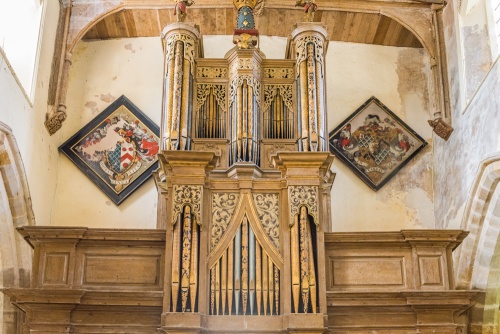 In the north aisle is an unusual monument to Captain, The Honourable EVW Edgell who died in action at Ulindi in 1879 during the Zulu Wars. The monument shows a life-sized figure of a uniformed officer of the 17th Battalion Lancers laying a wreath. At the effigy's feet lie a Zulu shield and a pair of gauntlets.

Beside this string memorial is something even better; a superb memorial to Margaret Cave and her husband Henry Knollys, erected in 1600. He is shown lying on his back, hands clasped in prayer, while she is reclining on her side, propped up on one elbow, a most uncomfortable-looking pose, staring straight at the viewer. The couple is flanked by kneeling figures of their daughters.

Between this monument and the nave is a stunning table tomb to Sir Thomas Cave and his wife Elizabeth. The alabaster table is decorated with vividly painted heraldic shields depicting the Cave family connections. The carving is of the highest order and it is hard to think of a better example of an Elizabethan tomb than this. 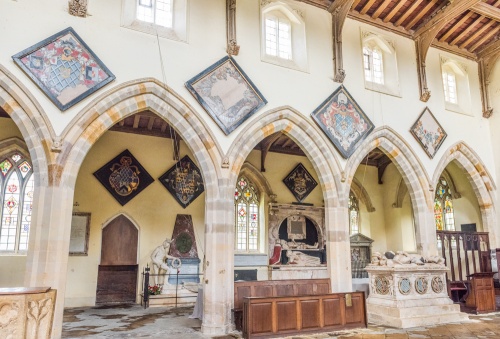 The church has a remarkable collection of medieval stained glass dating from the 14th-16th century. Just as remarkable is the collection of Cave family funeral hatchments, which seem to fill every corner of the church. It is an extraordinary collection; I've rarely seen so many hatchments in one church.

Other features include small carved heads on the nave arcades. These female heads are thought to depict the abbess and nuns of St Mary de Pratis Abbey in Leicester, which had a strong connection to Stanford on Avon in the early 14th century.

One final feature worth mentioning is the large mound outside the east end of the church that rises up to the base of the east window. The mound is all that you can see of the family burial vault for the Cave family of Stanford Hall.

Do take a moment after visiting the church to stroll up the lane to the north-east of the churchyard where an information panel at the entrance to a field marks the site of the deserted medieval village of Stanford.

St Nicholas Church is an absolute delight, easily one of the finest medieval churches in Northamptonshire. We combined a visit to the church with an open day at Stanford Hall, and it was fascinating to see the Cave family home and then see the tombs and hatchments for the people we'd just been learning about. If you can combine a visit to both church and Hall it will be a memorable day out. 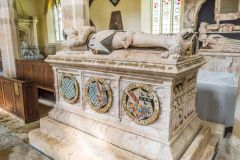 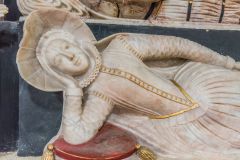 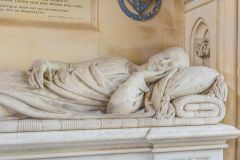 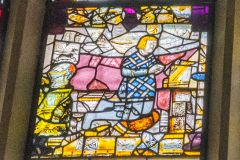 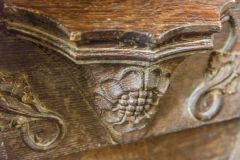 The Granary at Fawsley - 13.6 miles
Daventry, Northamptonshire
Stay from: £50.00