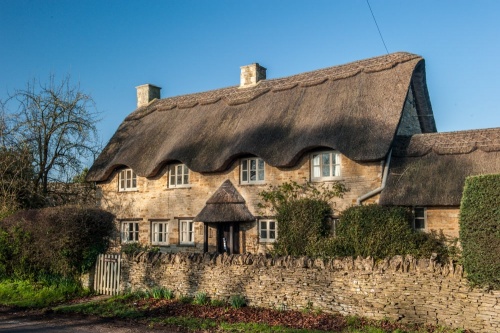 Kingham is a pretty Cotswold village in the peaceful Evenlode valley, about five miles from the market town of Chipping Norton. The village is centred on a wide green, with a mix of picturesque honey-toned cottages, some of them thatched, arrayed around the green.

Kingham is mentioned in the Domesday Book of 1086, when the name is recorded as Caningeham. The name has nothing to do with kings; it derives from the Old English words for Caega (a man's name) and 'ham' (a homestead, or farm) so Kingham means the homestead of Caega's people.

At the time of the Domesday Book, the manor of Kingham was in the hands of the powerful Geoffrey de Mandeville, Earl of Essex. When a later De Mandeville died without male heirs in 1240, the estate was divided amongst his three daughters. The manor passed by marriage from one of these daughters to the De Grey family and then to Ralph de Chasteleyn, who began building, or rebuilding, the parish church of St Andrew around 1313. 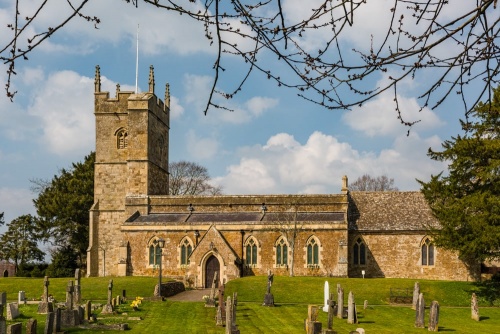 Kingham's parish church has served the village since at least the 13th century. The building we see today is a mix of several periods, with a 14th-century nave, a chancel rebuilt in the 15th century, and a Victorian south aisle. Set into the north exterior wall of the chancel is a richly carved tomb niche dated to the 14th century.

From 1136 until the Dissolution of the Monastery, the rectors of Kingham were appointed by Walden Abbey in Essex.

Kingham suffered from the devastation of the Black Death, which may be one reason why the lord of the manor, Gilbert de Chateleyn, sold it to Alice Perrers, King Edward III's mistress, in the late 14th century. Perrers had her possessions seized when Edward died in 1377 and three years later the Kingham estate passed to William of Wykeham, the powerful Bishop of Winchester, who used the revenue to endow New College, Oxford. 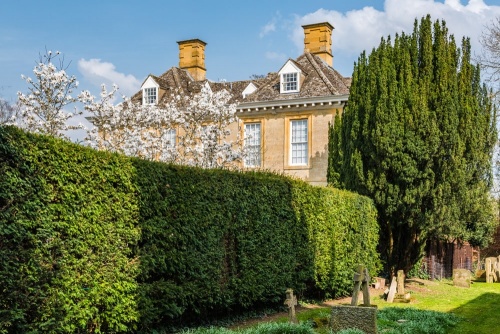 There are two popular pubs serving Kingham, the Wild Rabbit and the Plough, both known for their excellent food. There is a village shop and a Royal Legion. Just outside the village is Kingham Hill School.

Church Street bisects the village green, dividing it into a very large eastern section and a much smaller western triangle fronted by historic cottages. On this smaller section of the green is a war memorial in the form of a rough piece of Cotswold stone, erected in 2000 to mark the Millennium. On the larger eastern section of the green is an old village pump beside a brick and stone wellhead. 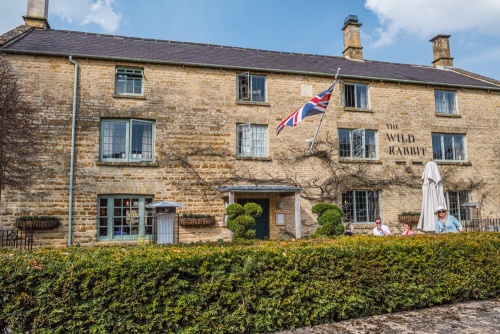 On West Street is the village hall, built in 1910 of locally quarried Cotswold stone and in traditional Cotswold style with buttressed walls and a stone tile roof. Further along West Street are 17th and 18th-century cottages, some of them thatched. 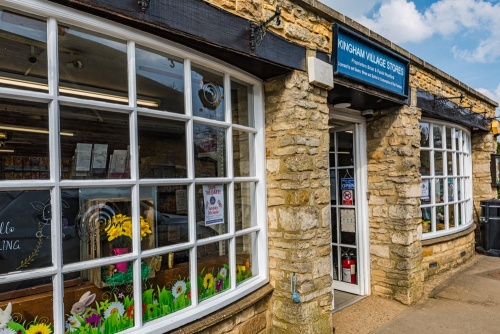 Kingham is a name well known to commuters who live in the Cotswolds and travel to work in London, for it has a mainline rail station on the direct line to Paddington Station in London. Despite the name, however, Kingham Station is closer to Bledington, across the county line in Gloucestershire, and is about one mile from Kingham village. A regular bus service links the village and station.

The railway was begun in 1845 but there was originally no station near Kingham. That changed a decade later in 1855 when the Chipping Norton Railway branch line was opened and a new station, known as Chipping Norton Junction, was built. the name was changed to Kingham Station in 1909.

A mile north of Kingham is Daylesford, known for its organic farm shop. To the east is Churchill, where the striking church tower is a scaled version of the tower of Magdalen College in Oxford. 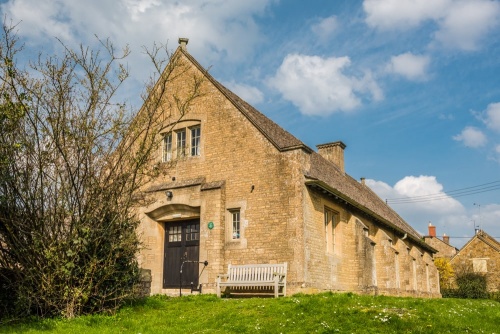 Kingham is on a minor road off the B4450 between Churchill and Bledington, about five miles south-east of Stow-on-the-Wold. There is a small parking area near the British Legion on Station Road, and plenty of on-street parking near the large village green.

Our family has visited Kingham on numerous occasions (and used Kingham Station even more often). The village is a delight, and strolling around its lanes is like stepping back in time. 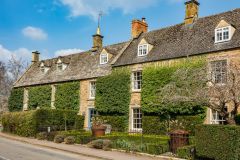 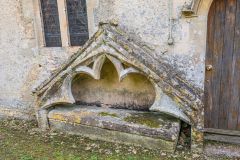 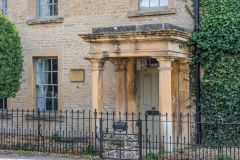 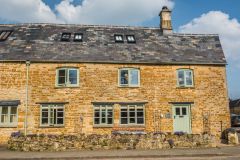 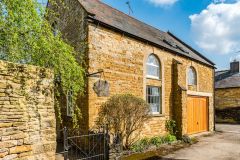 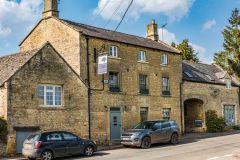 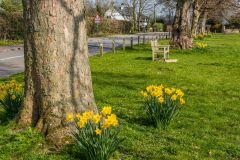 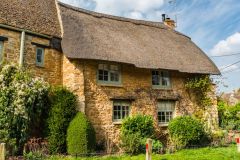 More self catering near Kingham

More bed and breakfasts near Kingham

Self Catering near Kingham