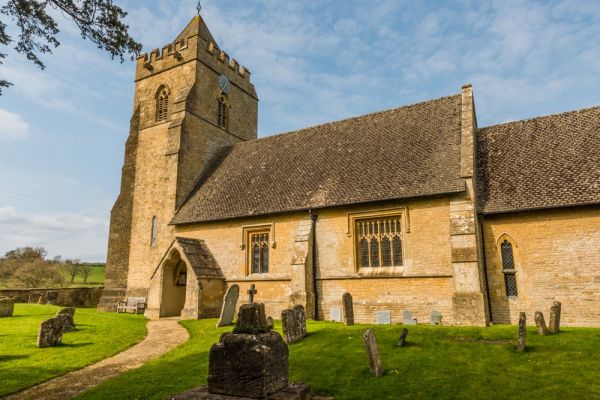 The small Oxfordshire village of Salford lies on a hillside about three miles from the market town of Chipping Norton. At the western edge of the village stands the 12th-century parish church of St Mary, with its crenellated tower soaring high above the surrounding landscape like a beacon.

The church dates to the Norman period, though it was comprehensively rebuilt by GE Street in 1854-55. Thankfully, Street preserved many of the original Norman features, including the south doorway with its simply carved column capitals. Even more impressive is the blocked north doorway (best seen from the outside).

The doorway features a beautifully carved tympanum with figures of a centaur drawing his bow and a lion flanking a maltese cross. The centaur is almost certainly a depiction of the Zodiac figure of Sagittarius, while the lion is probably Leo. Similar carvings can be seen at Hook Norton, about four miles away. 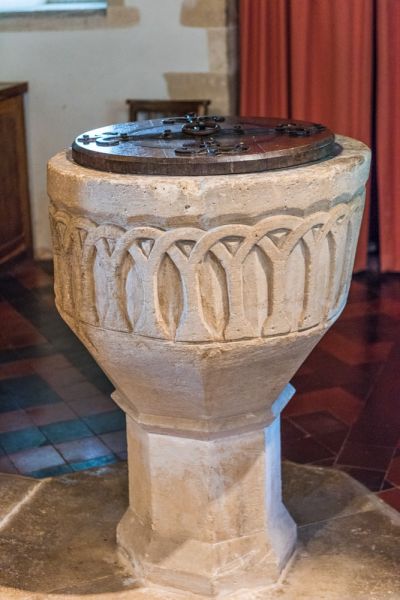 The doorway arch the protects the tympanum has drip-stops on each side in the shape of a beast-head.

Inside the church, the best Norman feature is the beautifully carved font, made of oolitic limestone. The font bowl is set on a later octagonal base. The bowl is decorated with intersecting blind arcading. There are 27 columns in the arcading, of which only 4 have decorated arches and base mouldings.

Unfortunately, the original Norman chancel arch was rebuilt during the Victorian restoration. The west tower is also Victorian, though it incorporates several small single lancet windows that appear to be 12th century. GE Street also reused two medieval gargoyles on the tower parapet. 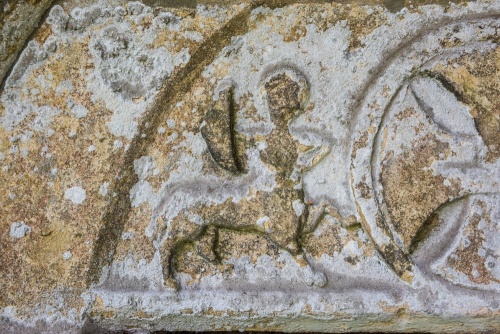 Figure of Sagittarius on the Norman tympanum

Look for a pair of medieval drip-stops on the Tudor window set into the south wall of the nave. The porch is 13th century and appears to have been moved from its original position.

The nave pews, brass lectern, stone pulp[it and altar rails are all Victorian.

There are two interesting 17th-century tablets in the north wall. One is to John Bolter, who died in 1640. Tragically, the same tablet commemorates John's son, also named John, who also died in 1640. 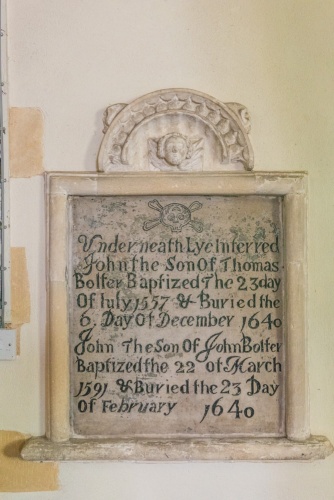 In the chancel is a memorial to William Skillicorne, the first mayor of Cheltenham in 1876. Skillicorne served as a Magistrate for 26 years and as a Justice of the Peace. He paid for the entire 1843 restoration of the chancel out of his own pocket. Near the chancel arch is a memorial plaque to two men of Salford who died in WWII.

In the churchyard is the base of a medieval cross with the stub of a cross shaft still rising from it. In the field just west of the churchyard you can make out earthworks that are all that remain of a former manor house and garden.

St Mary's is a simple country church on a beautiful rural setting, well worth visiting for its well-preserved 12th-century features. We popped into the church while on a lovely circular walk over the fields from Chipping Norton, following the Shakespeare's Way long-distance trail. 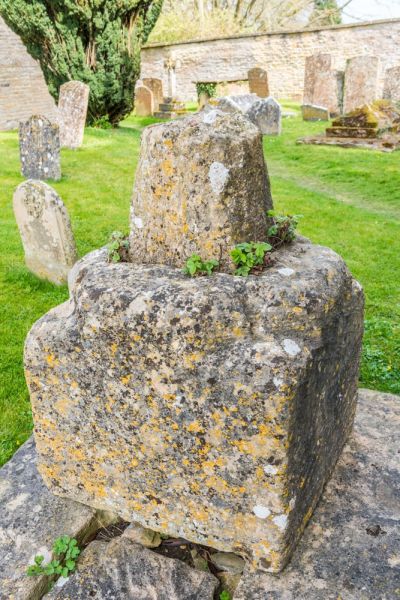 Remains of the medieval churchyard cross

St Mary's Church is very easy to find. It stands on a hill at the western corner of the village on Church Lane. The church tower can be seen from most areas of the village. There is a small parking area just outside the churchyard. The church was open when we visited. 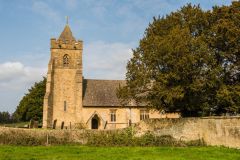 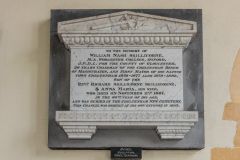 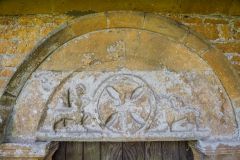