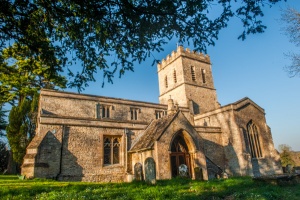 St Nicholas church stands high on a hill overlooking the village of Tackley. The village lies on the route of a Roman road, and the hillside site has been used for worship since the Saxon period. It is possible that the church at Tackley was a minster, or mother church for the region.

We know that in 1085 Earl Hugh of Chester, overlord of Tackley, granted the church at Tackley to the abbey of St. Sever in France, but by the middle of the 13th century it was held by the lords of the manor.

Evidence of Saxon construction is clearly evident both inside and outside the very large church we see today. Both north and south walls of the nave appear to be Saxon, and in the north wall are a pair of blocked arches suggesting that the Saxon church had a now-vanished north aisle. That in itself is a rarity, for many Saxon churches were very small, narrow rectangles consisting solely of a nave and chancel. 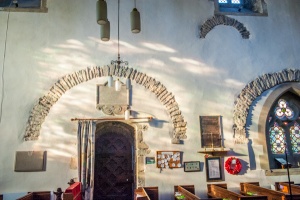 In 1616 John Harborne rebuilt he north transept as a family chapel. In the north transept is a wall monument to Harborne and his wife, facing each other across a prayer desk, with their 13 children arrayed beneath them.

The tower was struck by lightning in 1862, and restored by the ubiquitous GE Street.

Monuments inside the church include a late medieval altar tomb in a recess n the north chancel wall.

A plaque over the tomb commemorates Peter Aylworth (d. 1595) and his wife Anne (d. 1611). This memorial pales by comparison with the most impressive monument in the church, to John Morton of Tackley Park (d. 1780). This shows an oversized figure of Justice with a set of scales, and seems to occupy most of the east wall of the south transept. Morton's successor as lord of the manor was Whalley Smythe Gardiner (d. 1797), whose memorial plaque is on the south wall of the nave.

St Nicholas' is one of those churches where the architecture of the building itself outshines what it contains. No matter where you look there are reminders of Saxon and Norman architectural stonework; in blocked arches and doorways, and the outline of ancient stonework set into later walls. This is a large, imposing building, grand and stately, with an air of antiquity. It is deservedly listed in that wonderful resource, Betjeman's Best British Churches. 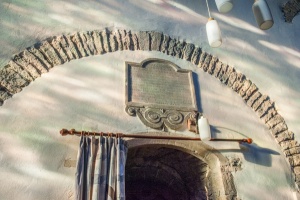 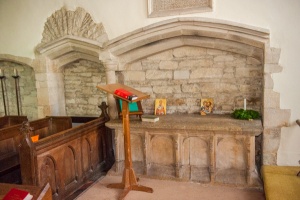 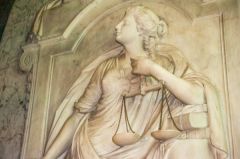 About Tackley
Address: Church Hill, Tackley, Oxfordshire, England, OX5 3AE
Attraction Type: Historic Church
Location: Outside the southern edge of the village, beside Tackley Park. There is a small parking area off the road, and the church was open when we visited.
Location map
OS: SP475201
Photo Credit: David Ross and Britain Express

More self catering near Tackley

More bed and breakfasts near Tackley

Self Catering near Tackley