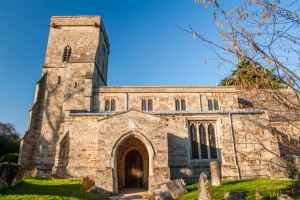 Lower Heyford is a pretty village about 12 miles north of Oxford, rising up a hillside above the River Cherwell. The attractive little church of St Mary's is at the bottom of the village, past several thatched cottages and a pub of golden-coloured stone. It is an idyllic village setting, and the church does not disappoint.

The first church at Lower Heyford was consecrated by Wulfwig, Bishop of Dorchester (1053–67), but nothing of that Saxon building remains. Half the church at Lower Heyford was granted to Eynsham Abbey in the 12th century, and the other half was held by the lords of Henred Manor, which meant that there were two rectors, each with his own rectory, and the parish income was split between them, so both were poor.

This absurd state of affairs rumbled on until 1453, after which the abbot and De la Mere family presented the rector in turn. After the abbey was dissolved in the Reformation, the crown took its half of the living and immediately sold it at a profit.

Eventually, the living ended up with Corpus Christi College, Oxford. The most notorious rector was perhaps Thomas Greenway (1563–71), a Fellow of Corpus Christi who was accused of embezzling college funds and consorting with 'infamous women'. 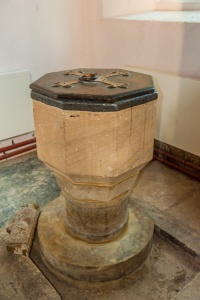 The oldest part of the church is the chancel, built sometime before 1220. The chancel was rebuilt in the 14th century when the timber roof was crafted, and a large east window in Decorated Gothic style was inserted. Look up at the roof and you will see several rather amusing bosses in the shape of peculiar faces.

In a corner beside the high altar is an ancient wooden chest, which the informative church guide suggests might be older than the building itself. On the wall is a rather attractive monument to Gabriel and Alice Myrry (d. 1684 and 1681) with an inscription beneath a cartouche bearing the family coat of arms.

The interior of the church was being restored when we visited, with various bits of building material left lying about, but this did not obscure any of the historical features. There are small fragments of medieval glass in the west window of the south aisle, where you can make out the arms of William Bocher, who served as rector from 1474.

Set onto a pillar near the chancel screen is a small brass to William Bruce (d. 1683). The screen at first glance appears Victorian, but it is actually late 15th-century work, though much restored. The carving along the top of the screen is quite beautifully crafted.

There are also several statue niches in the heavy column beside the chancel arch, near the remains of a stair to the top of the medieval rood screen.

The font is tucked away at the east end of the north aisle. It bears the date 1662, but seems to be set on a medieval base. Beside it, standing out from the wall, is a peculiar piscina on a slender circular column, with a stone shelf under a canopied niche above it.

One final historical note on a feature you won't see if you visit today; in 1941 workmen preparing the site for a new boiler to the north of the church unearthed a Roman coin from the reign of Constantine the Great (307-337 AD). 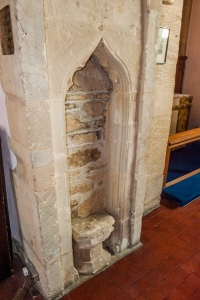 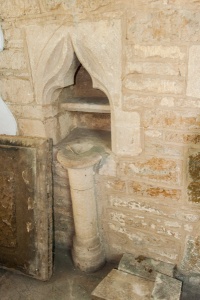 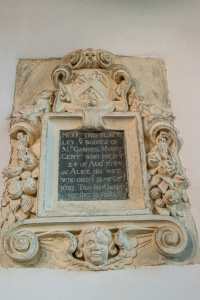 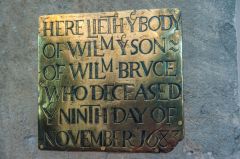 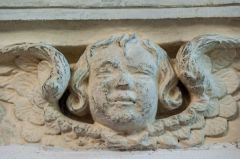 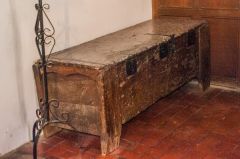 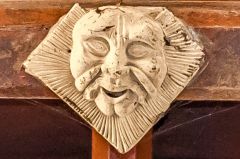 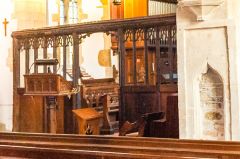 More self catering near Lower Heyford