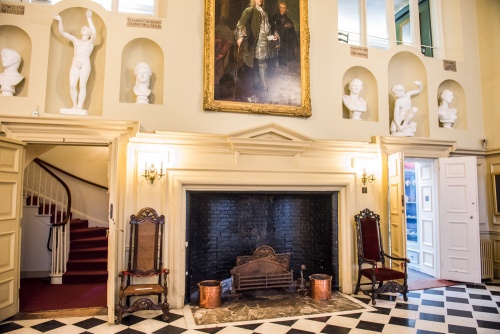 Christchurch Mansion is a red brick Tudor house set amid lovely parkland close to the centre of Ipswich. The mansion houses a museum showcasing fine art and period furniture, as well as a modern art gallery with changing exhibitions.

Christchurch holds large collections of art by well-known Suffolk painters such as Thomas Gainsborough and John Constable, as well as lesser-known artists such as John Moore, Thomas Churchyard, and Alfred Munnings. 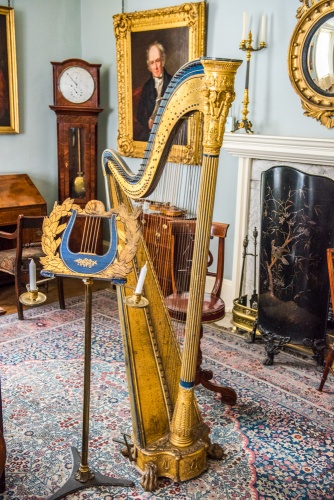 Historic instruments in the Music Room

The museum displays a large number of Tudor and Stuart portraits of Suffolk gentry, dating from 1570 to 1681. In addition, there is a display of British porcelain and pottery, especially Lowestoft porcelain, produced locally from 1757 to 1799 in imitation of China ware.

There is also an extensive display of furniture and other household furnishings rescued from old timber-framed houses before they were demolished. Included in this collection are a number of carved overmantles and painted plasterwork remnants.

The history of Christchurch Mansion

Christchurch was originally the site of a 12th-century Augustinian priory. The priory was disbanded by Henry VIII in his Dissolution of the Monasteries, and the estate was seized for the crown. In 1545 the estate was purchased by the Withypoll family, and three years later Edmund Withypoll built this house where the priory had stood.

In the 18th century, the house was purchased by a London merchant of Huguenot descent, Claude Fonnereau, and a wing was added to the north-east corner of the mansion. The upper floor of this wing features a state bedroom with ornate plasterwork. In 1892 the mansion was purchased by Felix Cobbold, who gave it to the city of Ipswich, and Christchurch has been maintained as a museum since 1896. 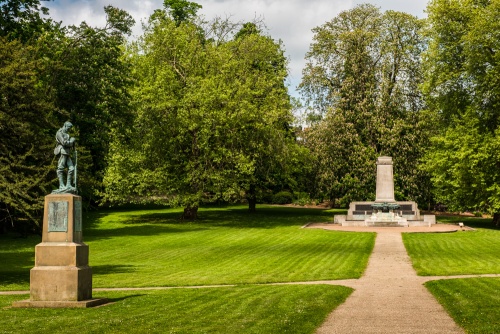 Christchurch Park has been open to the public since the 18th century for a variety of events, and is now a popular place for public events such as concerts, art fairs, and the like. The Park features an arboretum, a bird reserve, croquet lawns, a bowling green, tennis courts and children's play areas.

Christchurch Mansion is very easy to find; it is an easy walk from central Ipswich and is well signposted with pedestrian signs. The Mansion stands just off Soane Street, in the centre of Christchurch Park. The museum is free to enter.

Several parts of the Mansion stand out for me. The most impressive room is probably the ornate entrance hall, with black and white marble floors and classical statues set in niches on the wall. You can get a wonderful view of the entrance hall from the first-floor gallery.

Another highlight is a small room lined with superb early Jacobean painted panelling. The panelling was originally installed at Hawstead House, near Bury St Edmunds, but was removed to Hardwicke House in 1612 by Sir Edward Drury. One of the most atmospheric rooms is the Lower Chamber, lined with wonderful linenfold panelling on either side of an extraordinarily ornate fireplace with a richly carved mantlepiece.

Christchurch Mansion is fascinating to explore; the period rooms are beautifully presented, and the house is filled with a wealth of historic art and furniture. 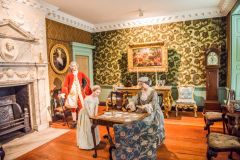 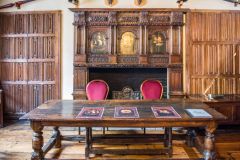 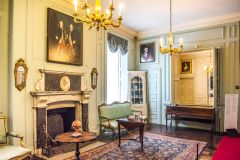 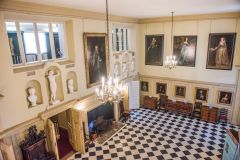 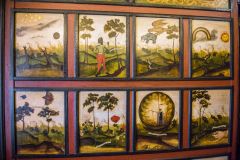 More self catering near Christchurch Mansion