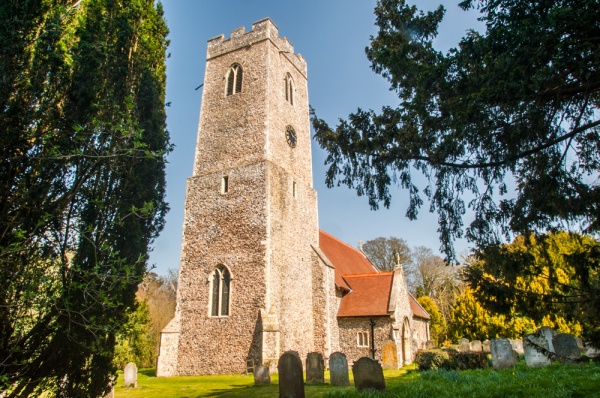 The pretty Norman church of St Margarets at Sotterley has been called one of Suffolk's best-kept secrets, and for good reason. It takes some effort to visit the church, which stands in the grounds of Sotterley Hall. There is no direct vehicle access, and the church can only be reached by walking about three-quarters of a mile through the grounds via a signposted footpath from the road.

Those who do make the effort are rewarded with a wonderful country church in an idyllic parkland setting, offering glimpses of the 18th-century mansion of Sotterley Hall, built in 1745 by Miles Barne and still in Barne family hands. Barne built his mansion after pulling down the 15th century home of the Playters family.

One of the most interesting members of the Playters family was Sir Lionel Playter, a staunch Royalist at the time of the Civil War. Sir Lionel had a hard time of it during Cromwell's Commonwealth; at one point he was even prosecuted for 'eating custard after a scandalous manner'. One has to wonder what manner that was.

The scandalous custard eating was a charge levelled at Loyalist clergy in other places, such as a Lichfield minister. It was a time of absurd measures to remove clergy that the extreme Puritans objected to. One Cumberland minister was charged with walking in his garden on a Sunday afternoon, in an apparently successful effort to get him ejected from his living. 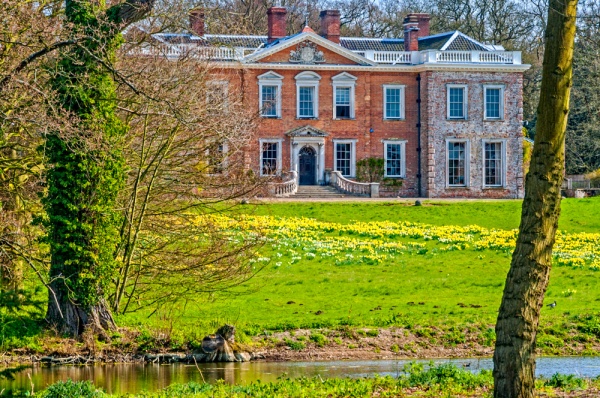 The Playters were the second family to own the Sotterley estate. Indeed, the estate has been owned by just three families since the Norman Conquest. The first owners were the Bigot, or Bigod family. The first Bigot owner was Roger, who took the surname 'Soterle' (of Sotterley). His son was Edmund, who served as Sheriff of Suffolk and almost certainly built St Margaret's church.

The Sotterley's held the estate and church until the Wars of the Roses, when they supported the Lancastrian cause. You can still see Sotterley coat of arms on a roof corbel. When the Yorkist Edward IV took the throne he confiscated their estates and granted them to Thomas Playters, probably in return for his actions in a minor military skirmish sometime between 1461 and 1469. There is a Playters coat of arms in the stained glass of a south nave window, and under it the date 1469.

There are some very good memorial brasses, protected by rugs, but the real highlight of a visit to St Margaret's is the ornate tomb of Sir Thomas Playters (d. 1638), rightly considered one of Suffolk's finest 17th-century monuments. The monument was sculpted by Edward Marshall, master mason to Charles II, so the Playters family must have waited more than 20 years after Sir Thomas's death to erect the memorial. 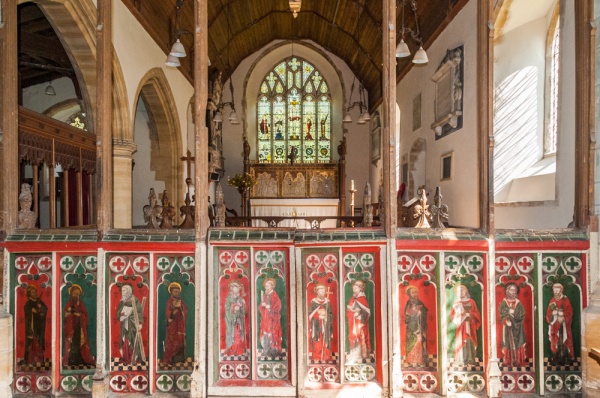 The monument shows an effigy of Sir Thomas, kneeling between his two wives, who are turned to face him. Below are small figures of 22 children, including a baby, and above are cartouches with coats of arms. If you look closely you can see that one of the Playters daughters is turning around to make a face at her sister behind her. The monument is framed by black marble columns.

On the north side of the chancel is a tomb chest to William Playters (d. 1512) and his wife. The front of the tomb has a brass figure of Lady Playters, but her husband's brass is gone.

We mentioned the memorial brasses earlier. The finest of these is to Thomas Playters (d. 1479) and his wife Anne, the first Playter owners of Sotterley. Sir Thomas is shown in a finely crafted suit of armour and Lady Anne is a low-cut gown, with a jewelled necklace and a butterfly headdress.

We know that William Dowsing, the iconoclast who caused so much damage to Suffolk churches, visited Sotterley in 1643 and had the altar rails broken and the steps levelled. For some reason, he seems to have spared the 15th century painted screen, with its images of the Apostles on the base panels. The paintings were defaced, but were repainted at a later date. 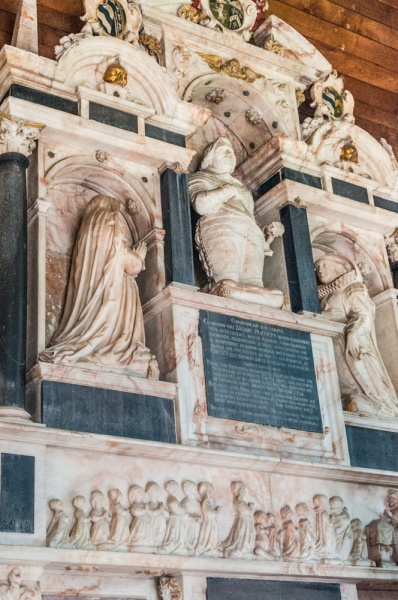 The 15th century font is in typical East Anglian style, with an octagonal bowl carved with alternating angels and symbols of the Passion and the Trinity. There are also several 15th-century benches with finely carved poppyhead ends.

On the nave wall are funeral hatchments to generations of the Barne family of Sotterley Hall. There are also fragments of medieval glass remaining in several windows, including two whole figures in the west window.

The east window was designed by CE Kempe, one of the most famous glassmakers in the late Victorian period.

Look for very good carved corbel heads depicting, among other things, a bagpipe player, fiddler, and the Sotterley family symbol of three buckles. On the wall are the colours of the Scots Guards, given to Sir Edward Bowater in 1825. Sir Edward was related to the Barne family by marriage.

The owners of Sotterley Hall did not always see eye to eye with the villagers. In 1886 the churchyard was closed to burials, ostensibly on the grounds of public health. Rumours surfaced that the Barnes family objected to villagers walking through their grounds in funeral processions without leave. There may have been some truth to that, for just 3 years later in 1889 they tried to have the church closed.

To promote their cause the family built a small octagonal cemetery chapel in red brick just outside the park boundary. It was to no avail, for permission to close the church was refused, which is just as well for modern visitors. As for the chapel, it is now a listed building in its own right, preserved as an unaltered example of a late 19th-century chapel. The parish council now owns the chapel and burial ground, but the chapel is maintained by the Sotterley Chapel Preservation Trust.

I loved visiting St Margaret's church. The setting in the landscaped parkland of Sotterley Hall is idyllic, and the church is full of historic interest, particularly the 15th and 16th-century brasses. I parked near the chapel and war memorial where Pound Road or Waterloo Road meet at South Lodge. From there I took the signed footpath north through open parkland and past several stands of woodland. The path goes directly past the front of the Hall, and the church comes into view amid trees just north of the Hall. 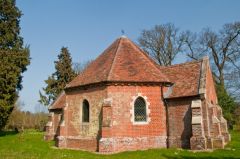 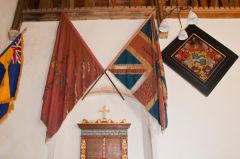 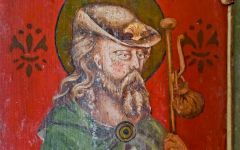 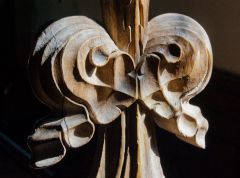 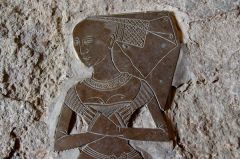 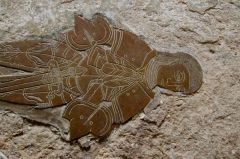