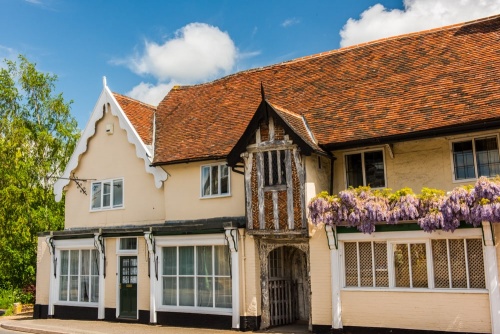 Debenham is an attractive village in mid-Suffolk roughly halfway between Framlingham and Stowmarket. The village takes its name from the River Deben, which rises just north of the village and flows south to the sea at Felixstowe.

The name 'Debenham' comes from an Old English term meaning a settlement in a deep valley. The area was settled as early as the Iron Age when the Celtic tribe known as the Trinovantes gathered at the source of the river to elect their king.

The Romans established a settlement here and called it Sitomago, but this was destroyed during the revolt led by Queen Boudicca in AD 60, and the subsequent Roman reprisals. After the departure of the Romans, the East Anglian kings built a stronghold here, on the site now occupied by Kenton Hall. The associated Anglian residence is now Blood Hall. 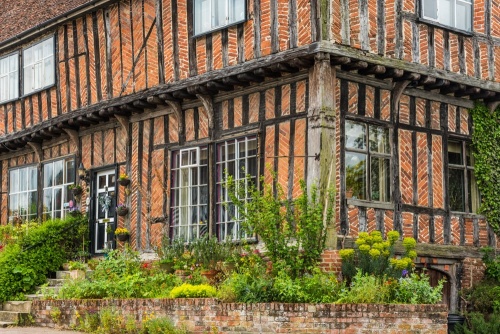 In the 7th century the Angles built a minster, or mother church for the area, and the minster clergy lived in a priory that stood where the village allotments are now. A market grew up next to the minster church, but the market was moved to its present location at Market Green in the 14th century.

Edmund, King of the East Angles, was defeated in battle at Debenham in AD 869 (presumed to be at Blood Field, just west of the B1077). The king escaped, but was captured and returned to his residence at what is now Blood Hall, where he was savagely put to death. He was regarded as a Christian martyr, and the cult of St Edmund made him the most popular saint in England before St George later took that role.

Debenham was a busy place in the medieval period, with two churches, and markets on Monday and Friday. The village was at the centre of a booming wool trade, and many of the larger historic buildings would have been built with the proceeds of the wool trade. Several of these attractive timber-framed buildings date to the height of Debenham's prosperity in the 14th and 15th centuries. Arable farming now accounts for a lot of the area's commerce. 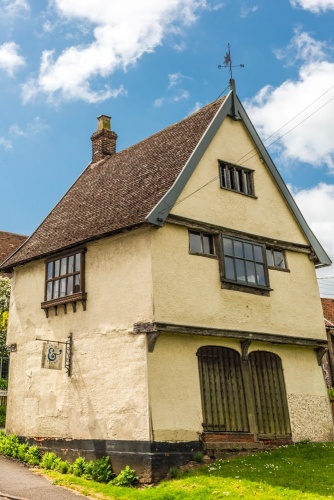 What makes the village so attractive is its large number of historical buildings. There are 94 listed buildings in Debenham, with 86 listed Grade II, seven listed Grade II*, and one, the parish church of St Mary's, listed Grade I by Historic England. The proliferation of ancient buildings led to the centre of Debenham being declared a conservation zone in 1970. As a result, the village exudes 'olde worlde' charm.

One such building is The Guildhall, on the corner of High Street and Gracechurch Street. The Guildhall is a former market hall, built on the site of the old market cross. It was built in 1668 with a bequest by Sir Robert Hitcham.

Almost directly opposite on the east side of High Street are two houses and a shop made from a late 15th-century hall house with a solar and cross wing. On the south side of Gracechurch Street is Ancient House, a timber-framed building erected around 1540. 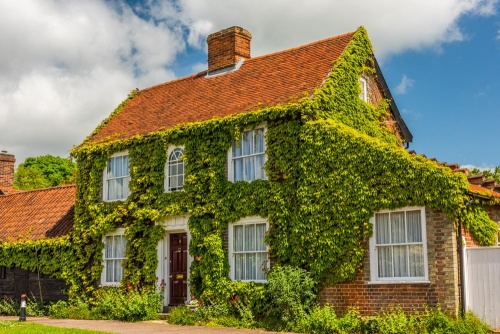 Further along High Street you come to the Angel Inn, a public house in a timber-framed 16th-century building, and beside it is perhaps the most striking historical house in Debenham, a 15th-century Wealden house with the addition of a Tudor rear wing and a second 16th-century cross wing.

North of the village is Crows Hall, a moated Tudor manor house that was for many years the home of the Gawdy family, whose memorials you can see in St Mary's Church. 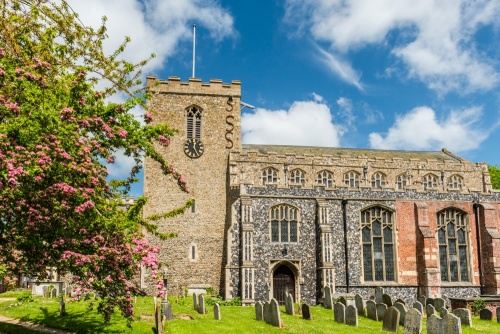 Legend says that there once two churches in Debenham. One, dedicated to St Andrew, was lost in the medieval period when the earth opened up and swallowed it whole, along with worshippers gathered for a service.

It's a story that might be easily dismissed, but there are similar tales in other Suffolk locations, most notably at Dunwich, where churches were lost to erosion of the sea cliffs. But Debenham is well inland, so erosion isn't to blame for the disappearing church. The sudden appearance of a sinkhole is a possibility, but, to confuse matters, no physical evidence has been found. 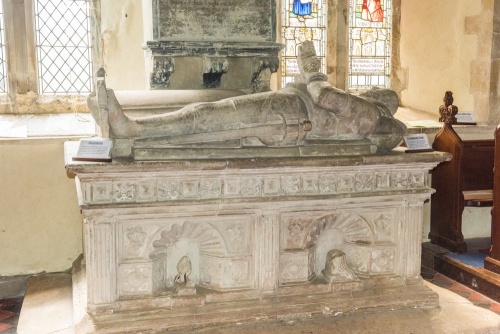 We're on much firmer historical ground when it comes to the parish church, dedicated to St Mary. The church may date to the late Saxon period, sometime around AD 1050, as evidenced by herringbone stonework in the tower base, and traditional long-and-short quoins in the tower walls. The tower arch, seen from inside the church, is a traditional late Saxon or early Norman design.

One rare historical feature is a Galilee porch in the west wall of the tower, something found only occasionally throughout Britain, but more common elsewhere in Europe. Inside the church is a late-medieval hammerbeam roof spanning the nave.

Look for the ornately carved tomb of Sir Charles and Lady Dorothy Framlingham (c. 1595). Other features include a medieval parish chest, 15th-century brass, and the 14th-century carved head of a bishop.

Just five miles to the south is Saxtead Green Post Mill, a restored windmill now cared for by English Heritage.

Debenham is one of those Suffolk villages that seems almost too good to be true -- but it is. It is full of charm, and well worth exploring.

More self catering near Debenham

More bed and breakfasts near Debenham