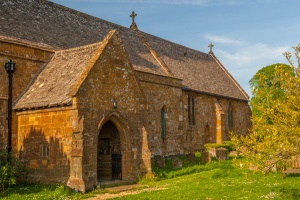 This beautiful medieval building is one of only 64 churches in Britain dedicated to Botolph, a 7th century East Anglian saint associated with miracles of healing. The link to Botolph at Farnborough is probably linked to an ancient holy well near the churchyard.

The church dates to the 12th century, but was extensively rebuilt in the 14th century and enlarged by Giles Gilbert Scott in 1875. One of the oldest parts of the church is the south doorway, which has an unusual tympanum carved in a fish-scale design. The porch itself is 14th century, as is the lowest part of the west tower. The second section of the tower was rebuilt in 1611, and topped by a slender spire in the 19th-century rebuilding.

The nave is largely Norman, and the Norman chancel arch shows traditional carving in a lozenge-chain pattern. Just above the pulpit is a carved head of a man, while at the western end of the nave arcade is a beautifully preserved carved head of a woman wearing a crown. We don't know who either figure is supposed to represent.

The chancel is later than the nave, sometime around 1340, based on the window style. There is a piscina to the south of the altar and a stone cupboard to the north. 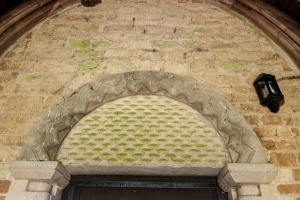 The church guidebook mentions a 12th-century stone head of a knight in chain mail, displayed on a window embrasure in the north aisle, but though we searched for the carving it did not appear to be there any more. At the east end of the aisle, though, is a wooden chest, fully five feet long, made in the 17th century.

Among the memorials are those to the Raleigh, or Ralegh family, related to the famous Devon family that spawned Sir Francis Raleigh. The Raleghs owned the manor at Farnborough until 1684 when it was sold to the Holbech family.

Memorials to 3 centuries of Holbech ancestors line the walls, including a lovely Georgian monument to William Holbech (d. 1777), which is set on the south chancel wall above a painted plaque to Georgius Lamprey, vicar of Farnborough, who died in 1724. Also on the chancel wall is a memorial to William Holbech the First (d. 1717), the man who created the current Farnborough Hall.

Perhaps the most interesting memorial is that of Mary Wagstaffe (d. 1666). This is composed of a brass plaque set within a beautifully carved stone border of floral motifs. The plaque is inscribed with a rather florid epitaph, which reads in part:

'Ten children of their mother are now bereft;
And them for pledges she a saint hath left,
With their father till it please God to call,
For those deare pledges, and himself and all...'

The church stands in an elevated position, on an open hillside, looking across to Farnborough Hall, now a National Trust property but still home to the Holbech family.

Note:
The church was open when we visited, but the village website page on the church suggests that it is usually locked. Perhaps we just got lucky! 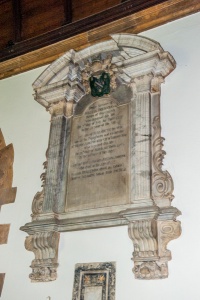 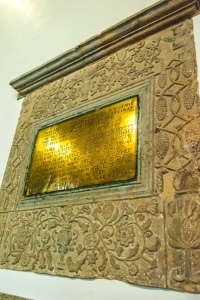 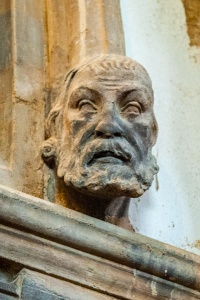 14th century head of a man 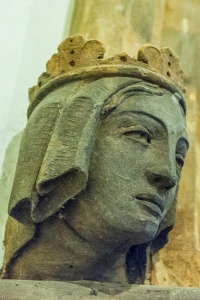 Carved head of a princess 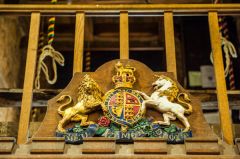 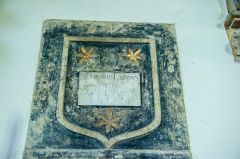 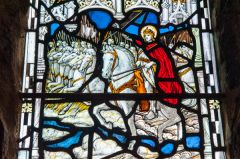 More self catering near Farnborough

The Granary at Fawsley - 8.8 miles
Daventry, Northamptonshire
Stay from: £50.00

More bed and breakfasts near Farnborough