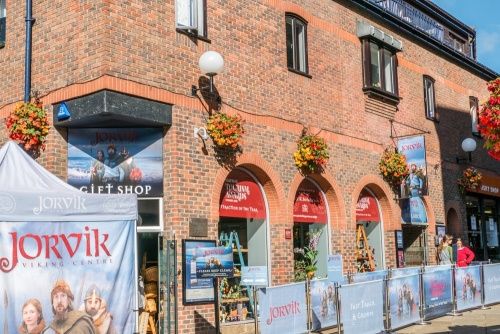 Jorvik Viking Centre is an award-winning museum that re-creates in vivid detail the sights, smells, sounds, and flavour of daily life in the tumultuous world of 10th-century York. 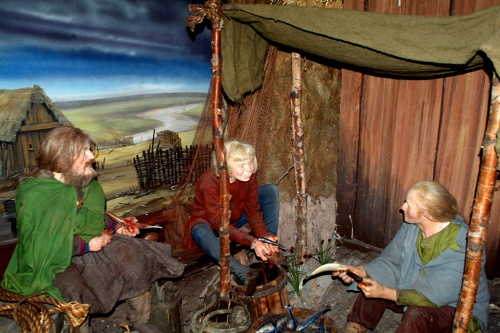 Jorvik re-creates the Viking world through a series of tableaux depicting markets, shops, streets scenes, and other aspects of daily life, including meal preparation and the ever-popular latrine scene.

You travel through this recreation on a 'dark ride', like a theme park ride, in a small carriage with commentary explaining the scenes as you move through them. You see animatronic (moving) figures of Viking townsfolk, tradesmen, shopkeepers - even a man using a rough-and-ready outdoor loo.

The journey does not end there; after looking into these scenes from the past you can visit a re-creation of the archaeological dig, and discover how scientists interpreted the evidence they uncovered.

Watch how the Viking finds were carefully dug out of the mud, cleaned, and catalogued, then examine the actual items in a series of display exhibits. You can even strike your own coin using copies of coin dies found on the site. 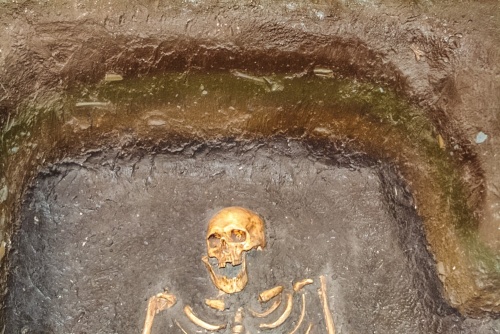 The Jorvik Viking Centre can be combined with a visit to the adjoining Archaeological Resource Centre, which is open to school groups and to the general public during school holidays.

Note: The Jorvik Centre is very popular with visitors, and as a result there are often line-ups to purchase tickets during busy periods (i.e. summer and school holidays). It is worth the wait, but do be prepared for a possible wait to get in!

Another note: Do take the time to explore the Viking exhibit near the entrance, as once you begin the ride you can't go back. This is perhaps my one criticism of the Jorvik Centre.

The ride is interesting and the exhibits are very good, but you do get rather herded along, due to the sheer number of visitors, and you can't go back and see something you might have missed along the way. Other than that, the Jorvik Centre is a must-see attraction and really helps bring York's Viking past to life.

Jorvik Viking Centre is extremely easy to find. It is one of York's most popular visitor attractions and is very well signposted from the city centre. It is located on Coppergate, next to the Coppergate Shopping Centre and just around the corner from Fairfax House. Clifford's Tower is less than 5-minutes walk away. The closest public parking is beside Clifford's Tower. 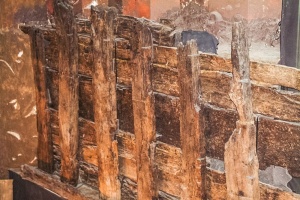 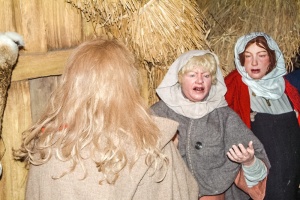 A tableau of Saxon townsfolk 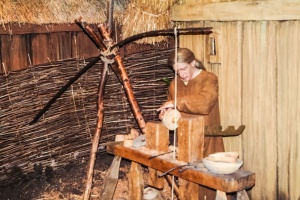 A craftsman at work

More self catering near Jorvik

More bed and breakfasts near Jorvik