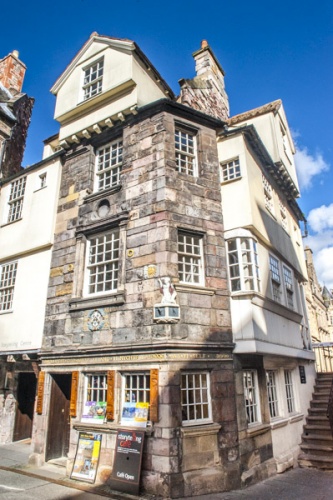 This attractive three-storey 15th-century house on the Royal Mile was the home of religious reformer John Knox in the period just before his death. The earliest parts of the house date to around 1470, but much the house as we see it today was built in the middle of the 16th century. 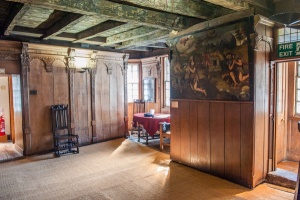 The story of John Knox's House is really the story of two people. The first is James Mossman, a successful goldsmith and jeweller. Mossman married well, to Mariotta Arries, and the large house at Netherbow formed part of her dowry. The couple's initials decorate a marriage lintel over the door, along with with the Mossman coat of arms. Below the coat of arms is a motto in old Scots dialect that translates as 'Love God above all and your neighbour as yourself'.

In addition to his business as a jeweller and goldsmith, Mossman held the important post of keeper of the Royal Mint. He was also a staunch Catholic, like Mary, Queen of Scots. When the queen was forced to abdicate, Mossman feared that he would lose his post and the wealth that came with it. That, as much as his religious sympathies, prompted him to join a revolt against the new Protestant government.

Mossman and a band of Mary's supporters seized Edinburgh Castle in Mary's name. The rebels held out against a prolonged siege, withstanding repeated attempts to capture the castle, but after 3 years the Protestant opposition, with English support, forced them to surrender. 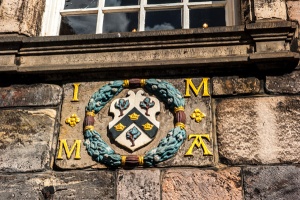 The rebels were considered traitors under law, and as a result, they forfeited all their worldly goods. Thus James Mossman's house at Netherbow was taken from him, and stood empty.

But it was not to remain empty for long before the other major character in the house's history appeared.

John Knox was one of the major forces behind Mary's abdication and probably the most important figure in the Scottish Reformation. Born at Haddington, not far from Edinburgh, Knox trained as a Catholic priest before deciding the traditional Catholicism needed to be reformed. His ideas would eventually help form Scottish Presbyterianism.

Knox was known as a fiery orator and engaged in a series of very public debates with Mary, Queen of Scots, eventually deciding that she needed to be removed from the throne for the good of the nation. After Mary's ouster, Knox continued his preaching, often from St Giles Cathedral on the Royal Mile. Knox was in poor health by this stage of his life and needed a place to live within a short distance of the cathedral. The empty goldsmith's house at Netherbow was perfect. 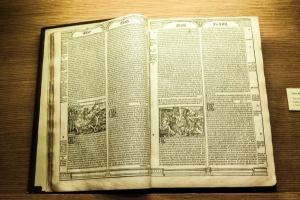 Knox lived in the house for only a short time, perhaps no more than 3 months, before his death. It is thought that he died in the house, though no records exist. His connection with the house was well-enough established that attempts in later centuries to demolish the house in order to widen the road were defeated.

In the 17th and 18th centuries this area of Old Town gradually turned into a slum, as wealthier inhabitants moved to the elegant New Town. By the year 1800, there was at least one family living in each room, with as many as 10 people in each family.

In 1850 the Church of Scotland rescued the house from destruction so that it could be turned into a museum focussed on telling the story of Knox's life and times. Some of the house furnishings are original, though others were brought here from other historic houses on the Royal Mile as they were demolished.

The thick walls and turnpike stair reveal the age of John Knox's House the moment you step through the doors. The bottom floor shares space with the Scottish Storytelling Centre and houses a gift shop and cafe. Visitors ascend the spiral stair to the first floor - taking care not to trip on the seventh step. That stair is spaced differently to the others, to trip up potential intruders creeping up the stairs at night. It works; I stumbled even though I was looking out for it!

On the first floor is an exhibition of the life of John Knox, with memorabilia including early editions of his writings. Several of the chambers have large fireplaces with beautiful tiles for backing. One area is set up as a typical goldsmith's workshop.

The best chambers are on the second floor, with the largest chamber boasting superb wooden panelling, huge floorboards, and a painted ceiling. The beautiful decoration really helps bring home how wealthy and influential Mossman must have been.

I loved visiting the house; the interiors have been beautifully preserved and help bring the 16th century to life. John Knox's House is a 'must see' if you are visiting Edinburgh, and is within easy walking distance of the castle and Holyrood House. 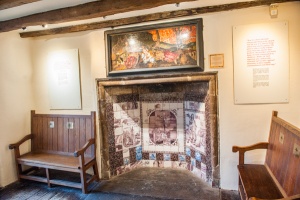 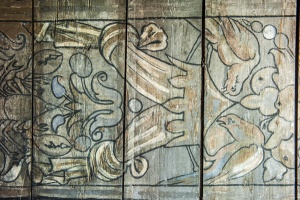 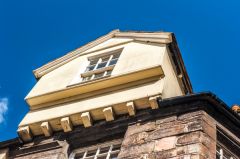 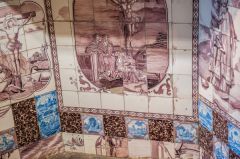 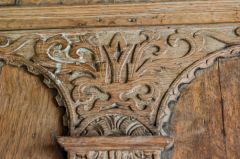 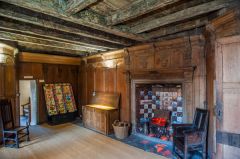 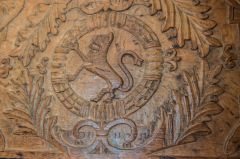 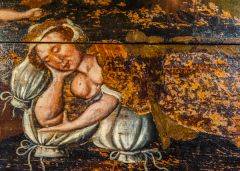 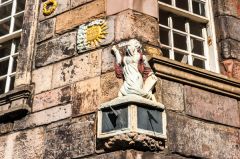