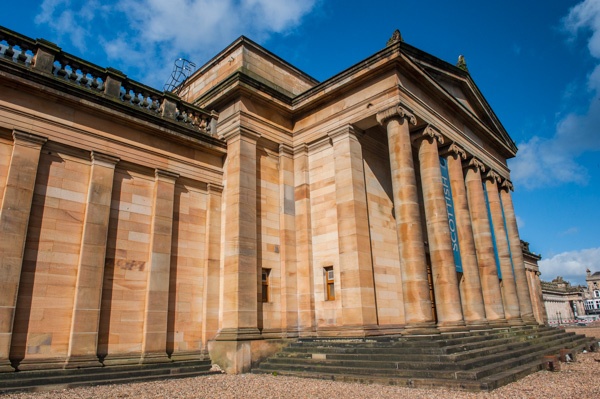 The national art gallery of Scotland stands on The Mound, just off Princes Street, in the heart of historic Edinburgh. The Gallery can trace its origins to 1819, when the Royal Institution for the Encouragement of the Fine Arts in Scotland was established. The Royal Institution opened its collection of fine art to the public in 1828.

A new organisation called the Scottish Academy (later the Royal Scottish Academy) was formed in 1826 with the aim of establishing a national collection of painting. The RSA opened a gallery within the Royal Institution building in 1835.

A new neoclassical building designed by architect William Playfair was built on The Mound and opened by Prince Albert in 1850. The building was divided in half internally; the RSA occupied the eastern half of the building and a new National Gallery occupied the western half. The RSA later moved into the former Royal Institution building, and underground spaces were built to link the two. 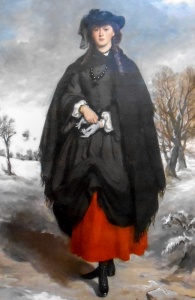 The Gallery collection covers western art, with a special focus on Scottish works. Highlights include paintings by Constable, Botticelli, Cezanne, Van Dyck, Gainsborough, Rembrandt, and Titian. As you can tell from this cursory list, the collection covers a huge array of disparate styles and time periods, from Old Masters to French Impressionists.

One of the most popular works is 'The Skating Minister', probably by Sir Henry Raeburn. The painting is more accurately entitled 'The Reverend Robert Walker Skating on Duddingston Loch', and dates to the 1790s. Curiously, the painting was almost unknown until the mid-20th century, though it is now one of the most popular Scottish pieces of art ever produced.

Reverend Robert Walker was a Church of Scotland minister, who probably learned to skate when his father served as minister of the Scots Kirk in Rotterdam. Walker entered the church like his father, and was minister of Canongate Kirk and a member of the Edinburgh Skating Club, whose members often skated on Duddingston Loch, or on Lochend loch, between Edinburgh and Leith.

One of the earliest works in the Gallery is 'The Virgin and Child Enthroned', a painted panel intended to form part of an altarpiece. The altarpiece was painted around 1418 by Lorenzo Monaco (Pier di Giovanni). Contrast the altarpiece, painted in tempura and gold, with a simple sketch by Leonardo Da Vinci, 'Studies of a Dog's Paw', made about 1480.

The Scottish art galleries occupy the lower level, and Italian Renaissance, Dutch, and Flemish art are on the first floor. The upper floor holds galleries of Northern and Gothic Renaissance, French Impressionist, and 18th-19th century works of art.

The gallery is free to enter, though there may be a charge for special exhibitions. 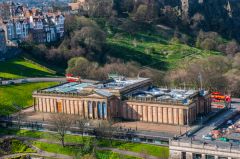 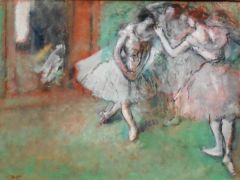 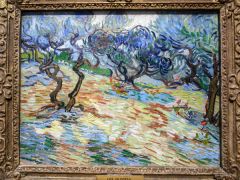