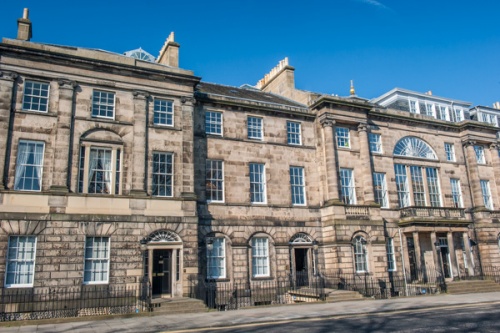 The Georgian House is an exquisite 18th-century townhouse in Edinburgh's New Town, designed by master architect Robert Adam. The house is beautifully furnished, with collections of period china, furniture, art, and silver gracing three floors of elegant rooms, decorated as they would have been when the house opened in 1796. 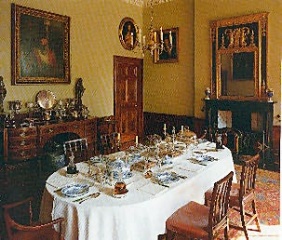 Around the end of the 18th century, prosperous natives of Edinburgh began to leave the cramped conditions of Edinburgh's Old Town to build new, imposing townhouse residences, like Georgian House, in New Town.

This example, widely regarded as one of Adam's finest urban works, dates from 1796 and is part of Adam's ambitious Charlotte Square development.

Visitors to the house can view a video presentation which explores the history of New Town and the living conditions of those who inhabited Georgian House. Visitors also have a chance to see what life was like "below stairs", with access to the restored kitchen, as well as the wine cellars and china closet.

The house was built by John Lamont, chief of Clan Lamont. In 1815 the Lamont's sold the house, and it passed through several prominent Scottish families until it passed to the National Trust for Scotland in 1966 upon the death of its last private owner, the 5th Marquess of Bute.

It was very easy to find Georgian House, though we did not want to go straight in, but took some time to enjoy the rest of Charlotte Square. The property was very much in keeping with the rest of the Square; elegant, refined, and a place where those with real social pretensions would have felt at home. Georgian House really has to be seen as just part of the whole Georgian development of New Town, not just a single property.

We thought the National Trust for Scotland did an excellent job of bringing the property to life by focussing on one family, the Lamonts, and their social pretensions. There were very good information sheets in each room, and volunteer staff on hand to answer questions. One question we had was what would the Lamonts have seen out the large rear windows.

One volunteer guide told us that when Charlotte Square was built, the houses backed onto undeveloped estate land, so residents looked over idyllic countryside. Then the landowner decided to sell to developers, much to the resident's dismay, for soon they looked out over a building site rather than fields!

The highlight of the house tour was the drawing room, with gilded decoration and light green painting. Another highlight was the dining room, a much darker chamber with wood panelling and an elegant silver service. Look for the peculiar 'Argyll', looking rather like a small teapot. It was named for the Duke of Argyll who wanted something to keep his gravy warm.

One very nice touch was that all the staff at Georgian House had written a booklet of their personal favourite places around Edinburgh and this was laid open on a table for visitors to get ideas of places to visit. 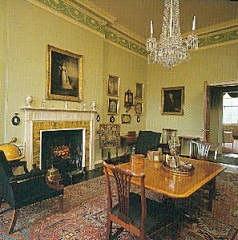 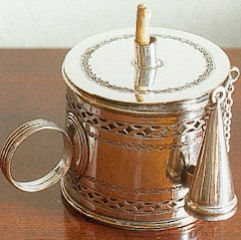 A "bougie box" of Sheffield plate 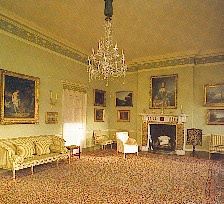 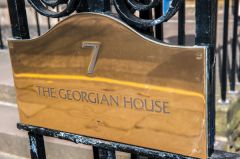 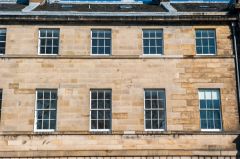 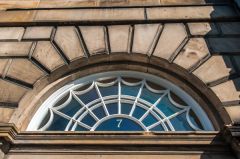 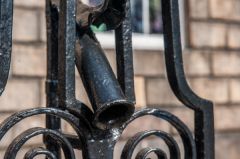 More self catering near Georgian House